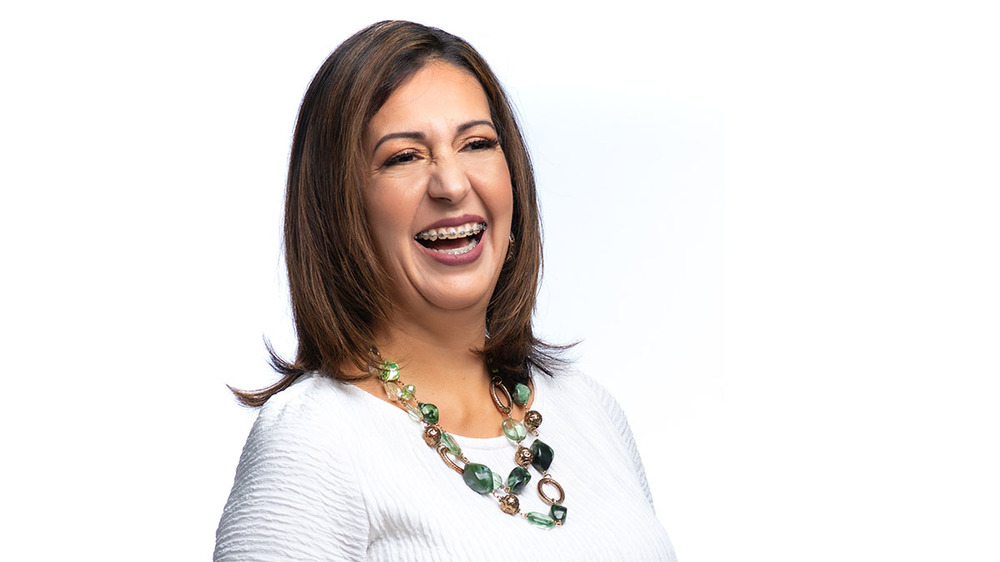 Educated at Stanford University with a career in the Silicon Valley, Paloma Garcia-Lopez saw herself living her entire life on the West Coast that she loved.

Paloma was born and raised in California and her roots run deep in the state’s culture and history. Her parents worked closely with American labor leader Cesar Chavez, who ran the Community Service Organization and co-founded the United Farm Workers out of California.

“I had always thought of myself as a big-city girl leading national nonprofits. I didn’t know a whole world waited for me in higher education at Notre Dame,” she says.

The move to northern Indiana came when her husband was recruited to develop a stroke center at a local hospital.

“I said no before I realized Notre Dame was in South Bend,” Paloma recalls.

Now in her third year as the associate director of the Institute for Latino Studies (ILS), she believes she’s exactly where she is supposed to be.

In her short time here, Paloma has traveled with six students to Mexico City and brought labor and civil rights activist Dolores Huerta to campus.  She partners with students, manages the ILS merit scholarship and works with faculty to increase the understanding of Latinos as part of the social fabric of America.

Before finding herself at the ILS, Paloma’s studies led her through the education system. Earning her degrees in education from Stanford University and the Stanford Graduate School of Education, she spent two years in the classroom as a social studies teacher before she was recruited for a nonprofit.

“The hardest job in America is to be a high school teacher or any teacher,” she recalls. “I had 135 students a day, and aside from teaching U.S. history, which was my main class for eleventh-graders, I also wanted to teach them how to write.”

Applying her observations from her high school education experience, Paloma found herself assigning and grading more essays. She believed her own education lacked emphasis on essays; this was a way for her to help educate students on their writing skills.

She was first recruited by Future Leaders of America of Southern California, a nonprofit organization. It had been run for 25 years by volunteers, and it was looking to take the next steps in becoming more professional. In that position, Paloma would fill many roles, including administrative, program direction and fundraising.

“I learned how to talk about mission and vision, and develop all of the related talking points, which also helped me prepare for ILS,” she says.

By the time she left the nonprofit five years later, it had nearly tripled its budget from $250,000 to $700,000 annually. Seven years later as executive director of the Posse Foundation in Washington, D.C., she doubled its budget. That led her to help the founder of MakerEd — a collaboration of museums, schools and educators — build an organization from the ground up and hire a team of 25.

“At all three organizations, I partnered very closely with board members to rapidly scale up the fundraising; they taught me everything I know. I wrote my little heart out, developed programs, changed the life trajectory of youth and talked to hundreds of people. That shook out any fear I had about development early on,” she says.

Coming from other positions where she was expected to put work first at all times, she has had a different experience in Notre Dame. It’s been a surprising perk that is in line with her values of both working hard and taking care of family.

“There’s sort of this understanding that everyone works hard, but everyone also plays hard with their families,” says Paloma.

Still raising a toddler and preteens, Paloma believes family is valued at work. Her older children even come to campus to do their homework at the end of her workday, and they benefit from some of the role modeling from students they see around campus.

She is also impressed by the spirit and commitment of the alumni community. In the fall, at the invitation of  Art Velasquez ’60, a Hesburgh Trustee and a member of the ILS advisory council, she attended the Velasquez family tailgate. The family includes three generations of alumni and they share their migrant story at every tailgate.

“That’s something special about Notre Dame. Alumni make staff feel like they’re a part of that collective community. I think that spirit is really unique,” she says. Not to mention that the commitment from the Hispanic Alumni of Notre Dame helps connect graduates and potential future students to continue the University’s mission.

That “something special” is what made the move to Indiana and accepting a job at Notre Dame so easy.

She reconnected with some of her Stanford colleagues who went to graduate school at Notre Dame and settled in the area. Their feedback made the environment seem like a great place to both develop her career and raise children. Plus, her mentors, Luis Fraga, the director of ILS, and Charlene Aguilar, former board chair of the Mexican American Legal Defense and Educational Fund, were already living here. The connections began to add up.

“Everybody told me, ‘You have to go to the Grotto, and go at night,’” she says.

With her 15 years of management and experience with nonprofits, working at a university was the logical next step in Paloma’s career. An inspirational quote from Cesar Chavez brings that career full circle: “The end of all education should surely be service to others. … Our ambitions must be broad enough to include the aspirations and needs of others, for their sake and for our own.”