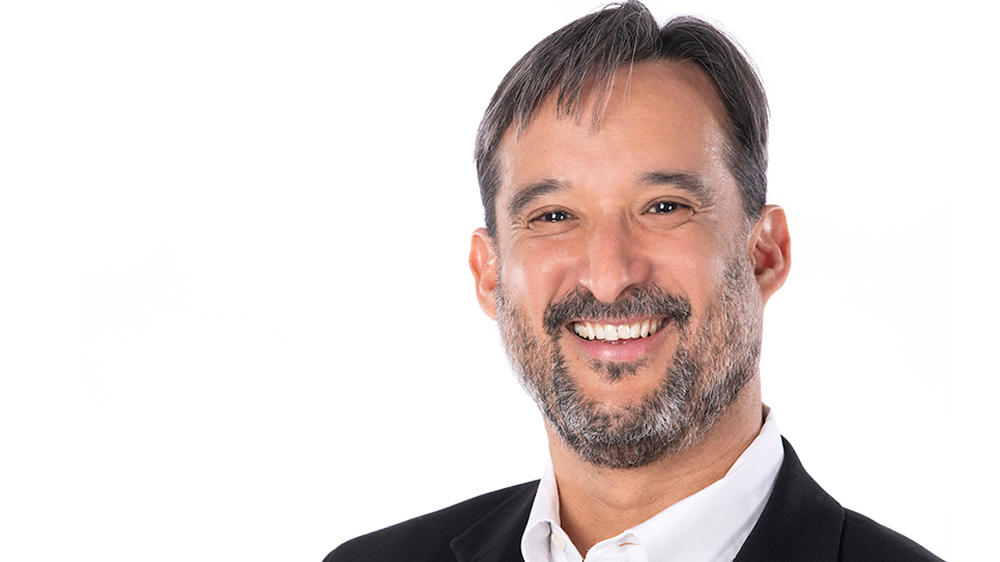 From Panama to procurement at the University of Notre Dame, Gilberto Carles has come a long way to live out an ambition to work in higher education.

Like most children he knew in Panama City, Carles, senior director of procurement services, learned about Notre Dame through Archbishop Marcos Gregorio McGrath, C.S.C., (1924-2000) who promoted the University to the Panamanian community.

“As a boy in Panama, it was my dream to come to Notre Dame,” he said.

With the first student from Panama arriving at Notre Dame in 1868, according to Notre Dame International, there are long historical ties between Panama and the University. Carles remembers successful entrepreneurs from Panama who graduated from Notre Dame, and that stirred his interest in attending. But he set his sights for college elsewhere.

“We couldn’t afford Notre Dame, so I disregarded my dream because I didn't want to put my parents through a difficult situation,” he said.

Carles earned an undergraduate degree in industrial engineering in Panama. Early in his engineering career he discovered a natural inclination to teach and train in the manufacturing field. That passion would eventually lead him to work in the education arena, starting within a local school district. The experience gave him the foundation for a career in higher education.

The road to that goal was winding: He moved to Missouri for an MBA, back to Panama with his wife, where two children were born, and then a work transfer took him to Puerto Rico and an extended stay in Houston.

“I’ve learned about different cultures in Central America, South America, Europe and the U.S. All the interaction with different types of people and environments gave me the tools to grow and become the professional I am today,” he said.

“The first time I ever came to campus, it was late at night,” he said. “I drove toward the Main Building and saw the Golden Dome illuminated. It was so beautiful, it gave me chills.”The effects of Hurricane Harvey on the business community in Texas in 2017 led him to apply for a job with Notre Dame. His immense experience and success in international business made him the top candidate to direct procurement at the University.

Seeing the Golden Dome still takes his breath away, he said, and makes even the coldest days of the year manageable. The frigid South Bend winters are a far cry from the tropical temperatures in Panama City and Texas, but his wife, Kristine Hilger, and their four children have embraced the snowy months and enjoy a good snowball fight, he said. “When we had just moved here, the kids were so excited about the snow. We were having snow fights every single day.”

From winter to summer, Carles said he and his family are enjoying the four seasons of the Midwest. “In Texas you couldn’t go out as much during the summer months due to the heat. However, here the beautiful weather — in spring, summer and fall — invites you to be outside all the time.”

The warm and welcoming friends they’ve made and his Notre Dame colleagues are sources of comfort when needed during the colder and darker months, and have been especially so in 2020 with the coronavirus pandemic.

“My colleagues and team in procurement are the most sincere, helpful people I’ve ever known,” he said. “I didn’t think we could operate the procurement office virtually, but we have and our team has done really well.”

Carles is full of praise for his team and the support of Linda Kroll, associate vice president for finance, for their ideas and innovations, citing teamwork as the reason for successful partnerships with departments such as the comptroller’s office, treasury and research offices — pre-pandemic through today’s remote work protocols.

“We work with and talk to, literally, every single department, every single college, every single area at the University. The team does an incredible job of working with all of Notre Dame. I know it’s not a commercial,” he said with a laugh, “but I have a great team.”

Carles brought his love of professional training and continuing education to his role in procurement. “I enjoy helping people learn, and that’s part of my job as a leader — giving my team opportunities to grow,” he said.

When he thinks about teaching and learning, he thinks about his mother, whom he calls the most influential person in his life. She passed away in 2006, and one of many gifts she gave him was her devotion to the Virgin Mary. He said her love for Mary opened the door to his love for Notre Dame.

“Working at Notre Dame, a university devoted to the mother of God, would make my mom very proud,” he said. “I truly believe that I was led here in the way that I found out about the position, how inspired I was to apply for the job and how much we prayed for God’s guidance. I also learned from my mother how to be devoted to the Catholic faith.”

He is also eager to return to work on campus after the pandemic is controlled because he draws daily inspiration from the students and that motivates his work. His strategic development overseeing Procurement Services helps increase research dollars, some of which goes to students so they can continue their academic work, and is a main reason he loves his job.

In his creative life Carles enjoys playing music. He practices his guitar skills by learning songs written by his favorite musicians, who are mostly American country artists and Latin American folk singers. Along with playing music, he and Kristine have found their Latin American dance community in South Bend venues that offer salsa and merengue dancing nights (pre-pandemic). “She has completely embraced the Latin American culture,” he said. “She even speaks better Spanish than I do.” He said they are both looking forward to returning to the dance floor when it’s safe to do so.

“It’s something that I treasure — knowing I can help with their education in a small way,” he said. “I think about how these students are the future of our country and future of the world … and that is absolutely amazing.”