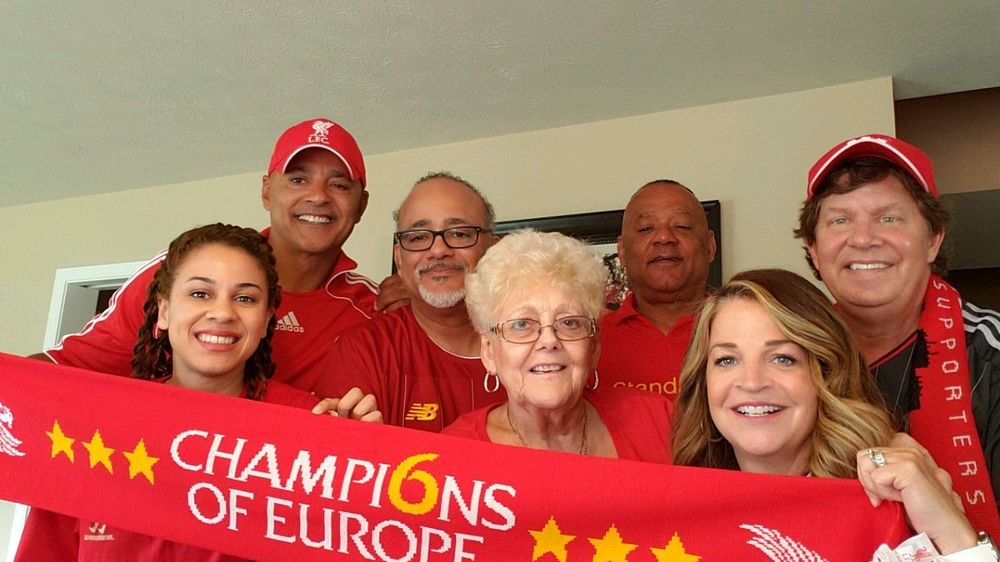 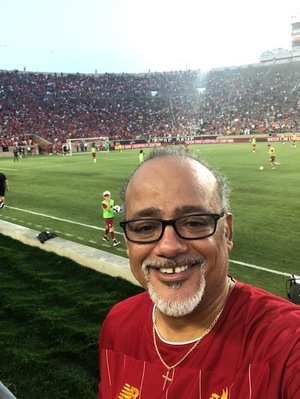 Pictured is Eric Love, who had front-row seats for the Liverpool F.C match.

Friday evening’s temperatures in the 90s did not keep 40,361 fans from streaming into Notre Dame Stadium for the highly-anticipated Liverpool F.C. vs. Borussia Dortmund exhibition soccer match. The preseason friendly was played before a red-clad, pro-Liverpool crowd. Fans included many Notre Dame staff and their families. Among them were Eric Love, director of staff diversity and inclusion; Shannon Roddel, assistant director of media relations, Charu Chandra Pant, a Morris Inn cook; and Rigoberto Flores, a building services supervisor.

Love has been a Liverpool fan since birth.

“My 79-year-old mother is from Liverpool, one of my cousins is a security guard at Anfield stadium, where Liverpool plays its home games, and my house has a lot of LFC memorabilia, including jerseys signed by players, mugs, flags, etc.,” says Love.

The Love family planned a family reunion around the match, documented by WNDU.

“My mother is here from Idaho, one brother is here from Colorado, another from Oregon, two friends from Minnesota came, and my niece from Illinois,” he told NDWorks last Thursday. “We have premium seats, right up front.”

Roddel, meanwhile, attended with her husband and daughters. The kids played soccer growing up and daughter Riley will play as a freshman at Holy Cross College. "We were thrilled all five of us could be at this historic event. If you're a soccer fan, it doesn't get much better than being able to watch European soccer right on campus. It was a total blast for all of us to watch such high-level soccer so close to home."

Pant was tickled to cook for both teams last week. He posed in front of Liverpool’s bus during a break from the kitchen where he prepared menu specials that paid tribute to the teams’ home countries of England and Germany: Windsor soup representing Liverpool and currywurst for Dortmund. Pant attended the match with his wife, kids, and mother-in-law and father-in-law, who is a huge Liverpool and Fighting Irish fan. 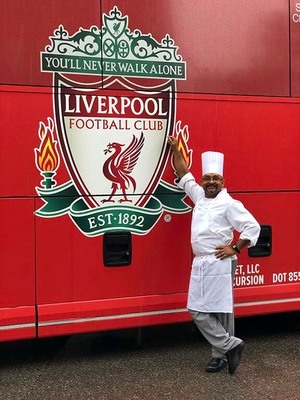 Flores and his family of five, plus a of couple cousins, were there too. It was the first time he has attended a sporting event in the stadium as a spectator and the experience did not disappoint.

The exhibition game ended with a 3-2 victory for Dortmund and a big win for Notre Dame. Worldsoccertalk.com called the event a "massive success": 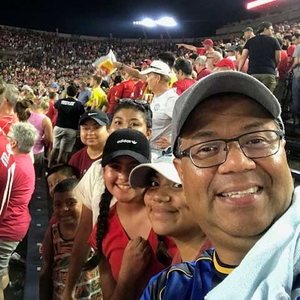 Rigo Flores attended the match with his family, including wife Johanna, and kids Liam, Mathew and Aiza.

“Over 40,000 fans saw two European heavyweights play an exciting and entertaining soccer game in one of the most storied college football stadiums. The facilities drew rave reviews and it was another opportunity for Notre Dame to expand their brand. Here’s to hoping there are more soccer games in South Bend in the future.”

Lee Sicinski, associate vice president of event management, thanks Notre Dame staff who played a part in delivering a well-executed event for the fans, adding, “I am confident that both Liverpool and Dortmund left with an elevated perspective of Notre Dame and what we stand for.”

Sicinski shares this Liverpool F.C. video, which played in the stadium before the match. 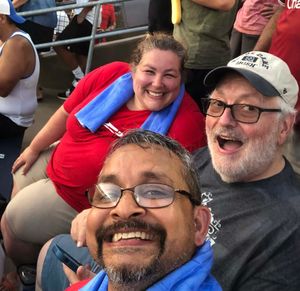 Charu Chandra Pant poses with his wife, Kelly, and father-in-law, Bruce Mills, at the Liverpool match against Borussia Dortmund. Mills is a huge Notre Dame football and Liverpool F.C. fan. Pant surprised him with tickets to the preseason friendly.

“The message is very familiar to the family we have here at ND,” he notes. “There is no secret as to why the University chose to align itself with a club such as Liverpool.” 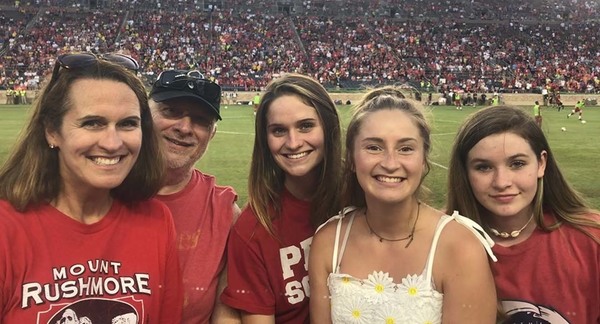 Shannon Roddel, left, is pictured with her husband Steve and daughters Riley, Madison and Lily.