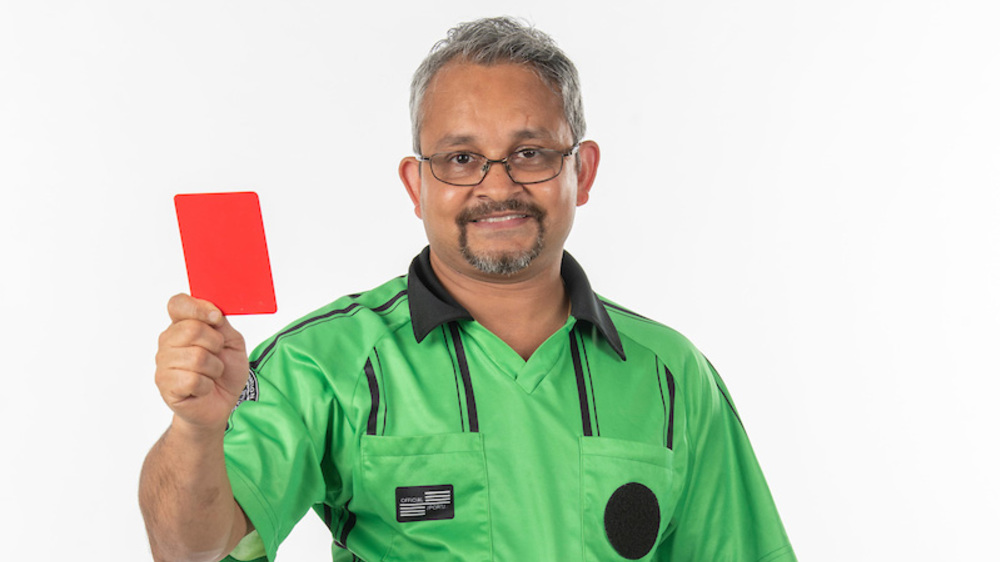 Morris Inn cook Charu Chandra Pant simply loves soccer. He’s in an adult league at Soccer Zone in Granger with friend Larose Saint Jean, director of St. Michael’s Laundry, and he used to play on an informal campus team made up of culinary workers.

“Sometimes after work at 9 or 10 o’clock at night we’d go up against students in RecSports,” he says.

For years, he and wife Kelly coached their son’s and daughter’s Michiana Soccer Association teams until they won their age divisions. These days, Charu’s soccer time is mostly devoted to serving as a referee for local and regional youth teams. 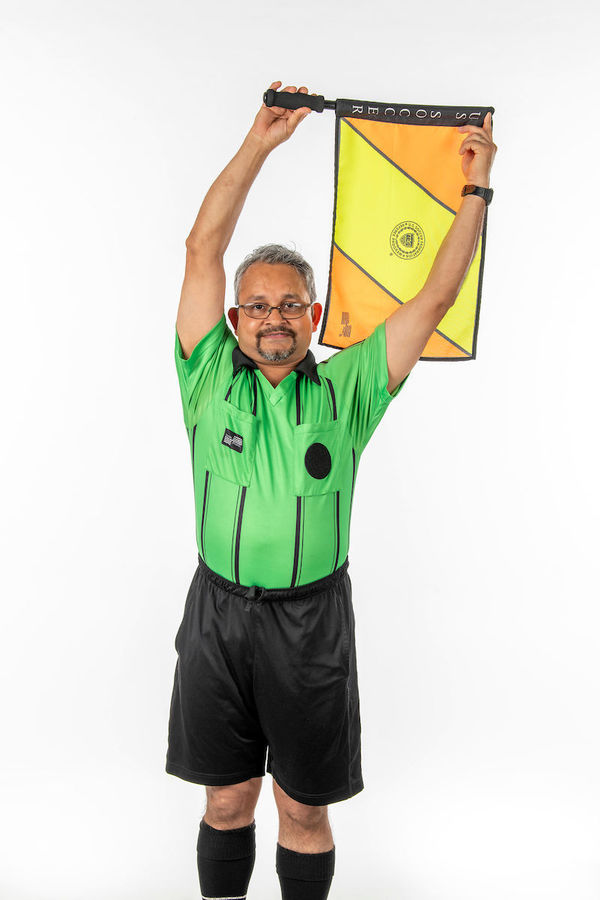 Charu was born in India, where soccer is second only to cricket as the most-played sport. He plays that too, by the way. He and some friends from the local Indian community play on the baseball field by Granger’s Harris Library. He loves to watch it, too. On July 2 he took the day off from work to watch a Cricket World Cup match: India vs. Bangladesh. (India won!)

But soccer is a more universal sport than cricket. He and his father-in-law, Bruce Mills, bonded over it, and now daughter Anjali, 17, and son Jai, 18, share a love for international soccer with their grandfather.

“The three of them know more about it than I do,” Charu says with a laugh.

Charu met his wife, Kelly, in the late 1990s through mutual friends while they were in college in Grand Rapids. She was at Aquinas College and he was in culinary school at Grand Rapids Community College.

The couple married soon after graduating in 2001, and in 2006, Charu took a job as a sous chef for a large hotel in Washington, D.C. He thought it was his dream job, but the pull to return to the Midwest was strong. He applied to work at the University of Notre Dame, a place he only knew as the home of his father-in-law’s favorite collegiate team. Charu was hired in 2007.

On Father's Day, Charu had a surprise for Bruce. He Facetimed his father-in-law in Kalamazoo with news: “You’re going to see Liverpool play in Notre Dame Stadium!”

On Friday, July 19, Bruce’s favorite international soccer team will play on the home field of the Fighting Irish.

“It was the perfect Father’s Day gift, Charu said.

“It’s going to be so great,” says Charu. “We all love Notre Dame and what the University has meant to our family these past 12 years.”

(Read why Rigoberto Flores, a building services supervisor, is also excited to attend the match in Notre Dame Stadium with his family.)