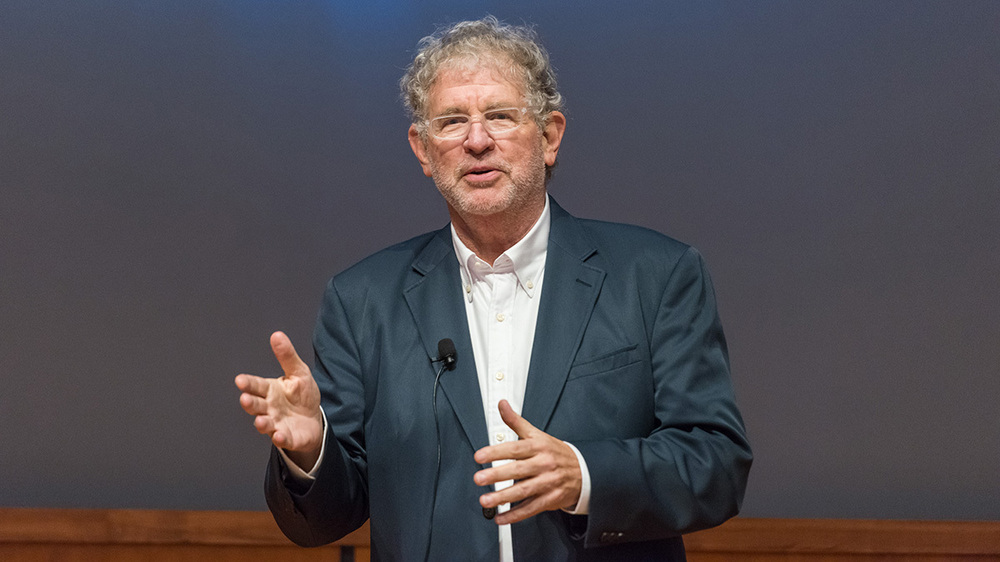 University of Notre Dame alumnus and longtime Trustee John W. Jordan II “Jay” will be just the second recipient of the Hesburgh-Stephan Medal, to be presented during the University’s 177th commencement exercises May 15.

First awarded to former Board of Trustees Chairman Richard C. Notebaert in 2016, the Hesburgh-Stephan Medal is named in honor of the late Rev. Theodore M. Hesburgh, C.S.C., Notre Dame’s 15th president, under whose leadership the Board was established, and Edmund A. Stephan, first chairman of the Board. It is given to a Trustee, whether lay or a member of the Congregation of Holy Cross, for uncommon and exemplary contributions to the governance and mission of Notre Dame during his or her tenure on the Board. The medal celebrates the dedication of those who serve as Notre Dame Trustees, and the critical role Notre Dame’s Board plays as the governing body of the University.

“One of the very important contributors to Notre Dame’s success in recent decades has been the endowment’s outstanding returns,” John J. Brennan, chairman of the Board of Trustees, said. “Its exceptional performance and growth have provided resources for many critical University initiatives, most especially financial aid for our students and support for the groundbreaking research of our faculty. Our Investment Office team has been the key to that success, and a critical factor in their success has been the leadership Jay Jordan has provided for 29 years on the Investment Committee of the University’s Board of Trustees. Serving as chair of that committee for over two decades, Jay has been a constant source of wisdom, support and guidance to our team in a way that is unparalleled in higher education during that time.”

In addition to his leadership of the Investment Committee, from 2004 to 2011 Jordan led the University’s capital campaign — Boldly Notre Dame — which raised a record-breaking $2 billion.

“Jay has said that Notre Dame is not just a university; it is a way of life,” University President Rev. John I. Jenkins, C.S.C., said. “Jay’s devotion to Notre Dame — as a student, alumnus and Trustee — have exemplified that life. He is a most fitting recipient of the Hesburgh-Stephan Medal.”

A Chicago business leader, Jordan graduated from Notre Dame in 1969 and has served on its Board since 1993. In addition to his tenure as chair of the Investment Committee, he is also a past member and chair of the Board’s Finance Committee.

Jordan’s generosity to Notre Dame totals more than $150 million, making him the University’s most generous benefactor. His gifts to the University include benefaction for Jordan Hall of Science, Jordan Auditorium in the Mendoza College of Business, the Malpass Scholars Program and numerous scholarships, fellowships and grants for the business college, science and engineering research, athletics and the Alliance for Catholic Education.

Jordan received an honorary degree from the University in 2001.

Jordan is a co-founder of The Jordan Company, a private investment firm that acquires, manages and builds companies for The Jordan Company’s partnership account. He formed the Chicago-based holding company Jordan Industries Inc. in 1988 and serves as its chair and chief executive officer.

Jordan’s other philanthropic activities include the establishment of the Jordan Family Sports Foundation, including The Jordan Scholars Program, which provides funding for underprivileged youth to participate in athletic activities. He has served on the boards of the Lyric Opera of Chicago, YMCA, Art Institute of Chicago and more than 20 other corporate and/or charitable organizations.

Two of Jordan’s children are graduates of Notre Dame. John W. Jordan III was a scholarship football player for the Irish and earned a finance degree in 2001, and Jennifer Jordan received a degree in film, television and theater in 2003.

In addition to recognizing distinguished service, the Hesburgh-Stephan Medal memorializes two icons of Notre Dame’s history and reflects their extraordinary partnership in leading the University. In 1967, Father Hesburgh and Stephan framed the legal structure under which Notre Dame shifted from a governance model of clerical control to its current two-tiered model of a Board of Fellows and the full Board of Trustees, both including lay and religious members. The change made Notre Dame the first major Catholic university in the world to move to this model, and the new charter — embodied in the relationship of trust between Father Hesburgh and Stephan — became a blueprint for similar changes at religious institutions around the country.

Father Hesburgh’s 35-year legacy as the University’s president included the introduction of co-education and a dramatic increase in its enrollment, unprecedented expansion and enhancement of its campus, exponential growth in its endowment, advancement to the front rank of American higher education and emergence as the world’s preeminent Catholic university. He died in 2015 at the age of 97.

Edmund Anton Stephan, a prominent Chicago lawyer and 1933 Notre Dame alumnus, served as Notre Dame’s Board chairman until 1982, when the bylaws he himself wrote mandated his retirement at the age of 70. He remained a trusted adviser to Father Hesburgh until his death in 1998.

Originally published by Dennis Brown at news.nd.edu on April 21, 2022.