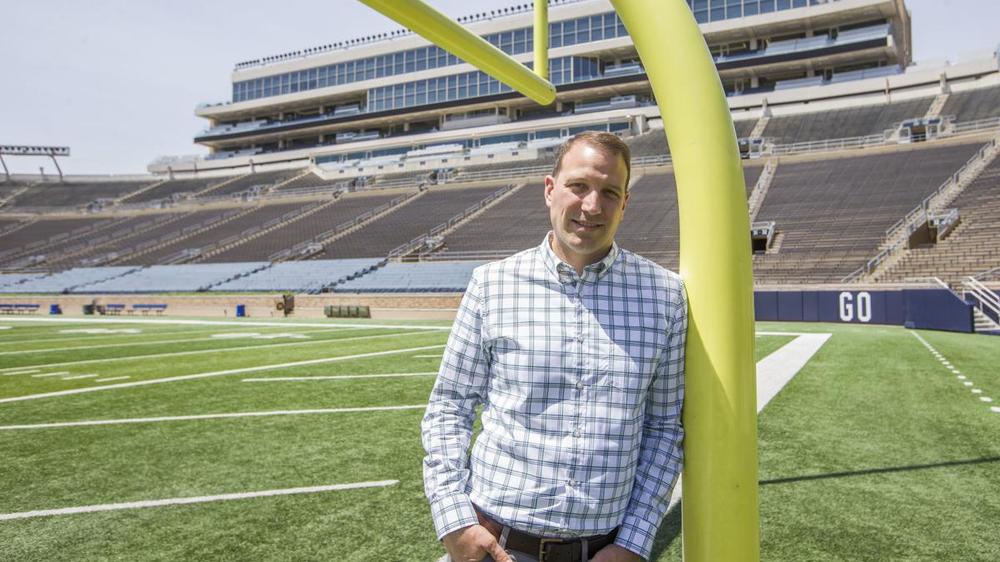 Holding unexpected events in a a famous football stadium is nothing new to Lee Sicinski, associate vice president of Event Management at Notre Dame. The Liverpool F.C. and Borussia Dortmund preseason friendly on Friday, July 19 is the third large-scale, "never-before" event to be held in Notre Dame Stadium in nine months. The first was the Garth Brooks concert in October, followed by the Blackhawks-Bruins hockey game on New Year's Day.

Sicinski, who played football for the University of Illinois and built a career associated with football stadiums and throwing events in them, says, “I worked for a number of years with the Chicago Bears, overseeing their event strategy, working at Soldier Field.”

He saw several international soccer games come to Soldier Field, and he looks forward to this one at Notre Dame.

"I've been part of major international soccer matches during my time at Soldier Field, and the passion these fans have is definitely contagious," Sicinski says. "I can't begin to express how excited and proud I am to play a part in bringing this match to Notre Dame, and see how these great sports icons come together."

Building services supervisor Rigoberto Flores, who worked in the Chicago area for 20 years, attended some of those games at Soldier Field. Flores can't wait for the one in Notre Dame Stadium. He'll attend with his family, as will Morris Inn cook Charu Chandra Pant.

Tickets for the Liverpool F.C. and Borussia Dortmund preseason friendly are still available. The match starts at 8 p.m. and gates open at 6 p.m.