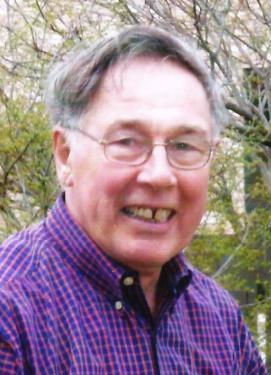 Donald C. Sniegowski, professor emeritus of English at the University of Notre Dame, died Tuesday (Sept. 18) at the age of 83.

A native of Toledo, Ohio, Sniegowski attended Central Catholic High School there and was valedictorian of his class before coming to Notre Dame, from which he was graduated in 1956. At Notre Dame he excelled in both athletics and scholarship, as a shortstop on the University’s baseball team and as the recipient of a Rhodes Scholarship. Following his graduation from Notre Dame, he studied at Oxford University’s Exeter College and later at Yale, from which he received his doctoral degree.

Sniegowski’s entire academic career was spent teaching English at Notre Dame, where he also served for many years as assistant dean for the College of Arts and Letters. A specialist in 19th-century Victorian poetry and African literature, he received numerous University accolades, including the Thomas Madden and Charles Sheedy Awards for Teaching.

But the highest praises, and those he most treasured, came from his students, for whom he epitomized a generation of revered Notre Dame teachers and mentors. James Zarzana, novelist and professor at Southwest Minnesota State University and former Notre Dame graduate student, remembers Sniegowski as “a gem of a professor. He made sure that my dissertation work was edited well, and he scrupulously went over every detail with me even under adverse circumstances. (This was actually the job of my thesis director, but Don did it instead, which tells you something right there.) One Saturday, we were scheduled to meet, but he called to cancel since he was going to the hospital with phlebitis. He had limped into the English office that morning to put his completed evaluation in my mailbox so that even though we weren’t meeting, I would have his notes about my next chapter.”

Visitation will be held from 2 to 8 p.m. Friday (Sept. 21) at the Kaniewski Funeral Home, 3545 N. Bendix Drive, South Bend. A funeral service will be held there at 10 a.m. Saturday. Burial will follow in Cedar Grove Cemetery at Notre Dame.

The Sniegowski family has requested that, instead of flowers, donations be made to the Near Northeast Neighborhood Center of South Bend, the St. Joseph County Public Library or The Food Bank of Northern Indiana.