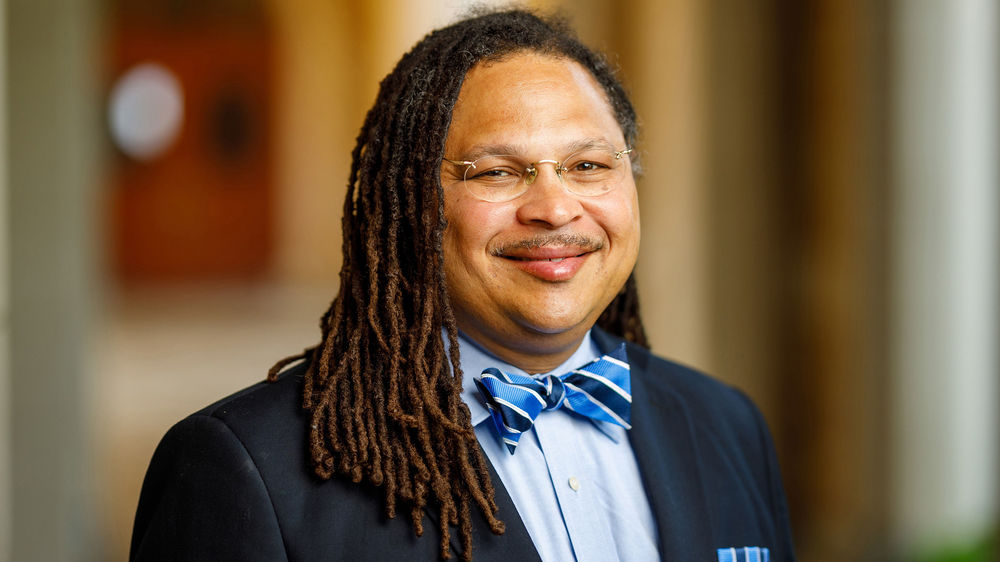 G. Marcus Cole, the newly appointed Joseph A. Matson Dean of the Law School and professor of law at the Notre Dame, is just a few weeks into his new role — and a South Bend summer. Having just left the faculty of sunny California’s Stanford University, where he held several highly esteemed positions since the late ’90s, onlookers may wonder how his transition to the extremes of a Midwest summer is going.

"I’m from Pittsburgh originally,” Cole says with a laugh. “This weather isn’t new to me.”

Nor is Notre Dame’s football fever.

Cole grew up in a home that rooted only for the Irish on Saturdays — and Sundays, when he and his family would watch the rebroadcast of the previous day’s football game.

“My brother and I made a pact when we were young,” Cole recalls. “We promised each other that someday we would go to Notre Dame. My brother got in. I did not [Cole attended Cornell for his undergraduate degree]. But when I got the call that the University was looking for a new dean for their law school, it was too good of an opportunity to pass up. Notre Dame is the only place I would have ever left Stanford for.”

Cole received his juris doctorate at Northwestern University. A leading scholar of the empirical law and economics of commerce and finance, Cole joined the Stanford faculty in 1997. He previously held two endowed chairs and served for five years as associate dean for curriculum and academic affairs. Before joining the Stanford Law faculty, Cole was an associate with the Chicago law firm of Mayer Brown. He clerked for Judge Morris Sheppard Arnold in the U.S. Court of Appeals for the 8th Circuit.

“It has been the great honor of my life to train lawyers, and I am humbled to have the opportunity to help do so at one of the most important schools in the world,” Cole says. “As the needs of our society call for ethically and morally guided lawyers and leaders, Notre Dame will continue to answer that call.”

Cole says he has come to the Notre Dame Law School at a great time. “Our faculty is recognized globally and we have a beautiful new building,” he explains. “But I’d like to help take Notre Dame to the next level. Our mission statement calls us to train a different kind of lawyer, one that has an impact for good, one who is a force for good. We need to pay attention both to law and to God. We have to strike that balance.”

Cole concedes that Notre Dame Law School is in a unique position. While some Catholic law schools today are straying from their religion in order to compete with other secular institutions, Notre Dame is clinging to its core mission of “seek[ing] to illustrate the possibilities of dialogue between, and integration of, reason and faith.”

“Our job is to represent what God wants from us as lawyers,” Cole adds.

To emphasize his point, Cole tells the story of a financially disadvantaged Latino parish in San Diego. The parish raised money to purchase a statue of Jesus for the front of the church. The night following the unveiling of the new statue, someone vandalized and damaged the piece. While the parish was able to clean off the graffiti, they couldn’t replace the statue’s hands that had been broken off. Instead, the pastor had a plaque installed at its base that said, “I have no hands but yours.”

“I think about this story all of the time — for myself and for the law school,” Cole says. “When our lawyers create value, they create good. This can happen in M and A [merger and acquisition] law or social justice work.”

When Cole isn’t executing his duties as dean, he’s balancing life as the father of two athletic sons and the husband of an accomplished kindergarten teacher. He hopes as he settles into his new responsibilities that he will be able to continue teaching at least one course per year. He believes interacting with students is critical to him being successful in his position.

“I can’t stress enough what a special place the University of Notre Dame is and the role the law school plays within it,” he says. “Our school is committed to creating lawyers who care about excellence with purpose. This strength will continue to expand the global footprint of the Notre Dame Law School and its initiatives. We just always need to come back to this goal — excellence with purpose.”