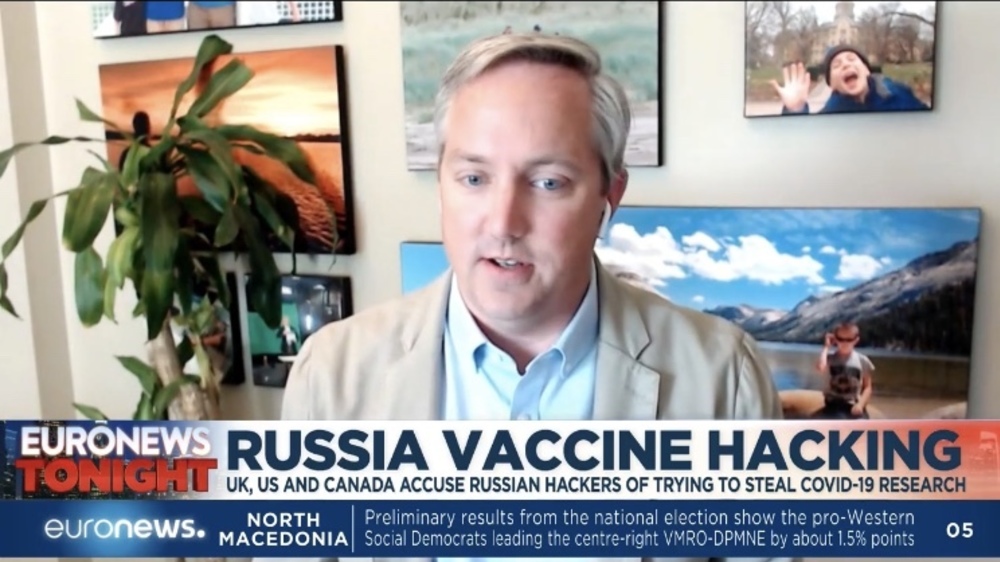 Chapple participated in interviews with National Public Radio, the Wall Street Journal, New York Times, Associated Press, Agence France-Presse, Euronews and more. He currently is writing an op-ed for CNN Business that examines the types of controls Twitter should have had in place to detect and block attacks like the Bitcoin scam.

Shannon Roddel, assistant director of media relations, pitched Chapple to the media as an expert. “Mike is always eager and willing to answer the calls and do as many interviews as he can, and says it’s ‘an adrenaline rush,’” said Roddel. “Often, he will notice a breaking news story first and send me the idea. He has become a go-to expert for reporters on cybersecurity stories.”

"I enjoy being able to share my thoughts on current events in my area of expertise and also to represent Notre Dame and the Mendoza College of Business in the national conversation," said Chapple. "Shannon and the University's media relations team provide faculty with tremendous opportunities to be interviewed by media outlets around the world."

Chapple texted Roddel a photograph of himself doing a Zoom call with AP London for broadcast.

“He didn't realize it was broadcast until he got on the call and ran to put on a sport coat... while still wearing shorts!” explained Roddel. “Danica Kirka, the reporter from AP London who has been a longtime contact and friend of mine emailed after the interview and said, ‘This guy was made for broadcast!’”

“I don’t believe I have ever posted two expert pieces on two different stories by the same professor in one day before,” said Roddel, who has worked on Notre Dame’s media relations team for nearly 17 years.

Some might be surprised how fast the news media moves, but Roddel and Chapple keep up the pace.

"I don't think Shannon ever sleeps," said Carol Elliott, director of communications for Mendoza College of Business. "She is on top of the breaking news 24/7, and she has a good sense for which of our faculty members can shed light on the important issues of the day by providing their expert perspectives. The Russian hacking story is a great example. I think Shannon and Mike landed the media pitch within minutes of the story breaking. Mike is not only incredibly knowledgeable about issues related to cybersecurity, but he also can explain complicated issues to be easily understood by the general public. He is a teacher in the broadest sense."

Sue Ryan, director of media relations, appreciates the dedication of her team. "While working remotely, the media relations staff has been extremely successful in promoting faculty expertise in the national and international press," she noted. "So much is happening in the world and Notre Dame faculty experts have been quick to respond to add their commentary to breaking news. Along with the pandemic and associated concerns such as poverty, the economy and societal issues, we have promoted new research and faculty perspectives on Supreme Court rulings, the upcoming presidential election, international matters, social media and technology issues and so much more."

Ryan adds that she and the rest of the media relations team appreciate the many faculty members who, like Chapple, participate in expert interviews for national and international media, many times with very little notice and, these days, often from home.