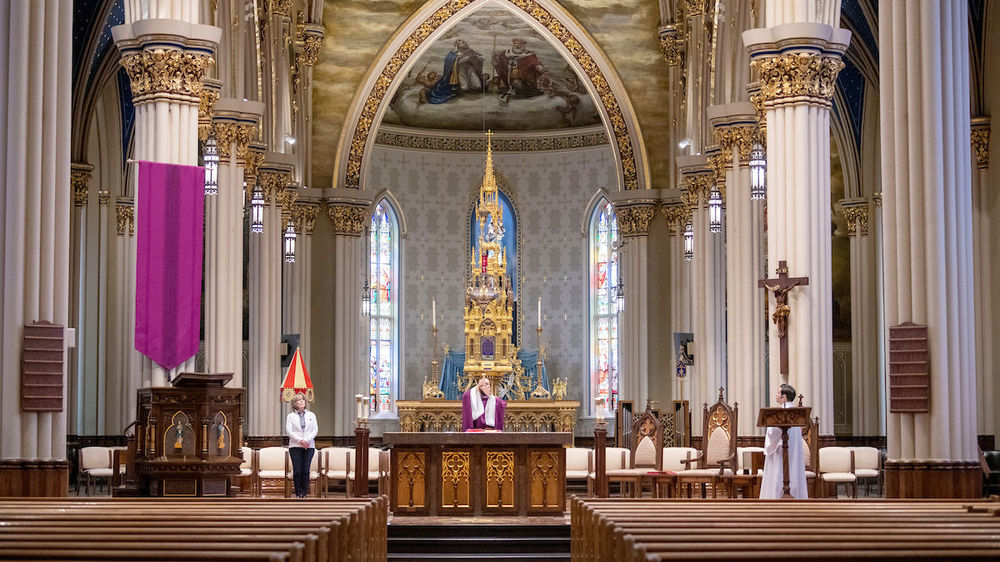 It's strange to see Mass celebrated in an empty church, but don't let the photo fool you. Hundreds, sometimes thousands, of people are participating in daily Mass at the Basilica of the Sacred Heart over the internet.

In mid-March, bishops at dioceses across the country suspended public Masses to reduce the likelihood of transmission of the coronavirus. Since then, the number of people tuning into the live-streamed (and recorded) Mass at the Basilica has grown exponentially.

On March 1, the first Sunday of Lent, 778 people watched Mass on the Catholic TV website. The past two Sundays, about 12,000 people virtually attended each Mass.

Attendance at weekday Mass is also impressive, with an average of 2,700 views a day last week.