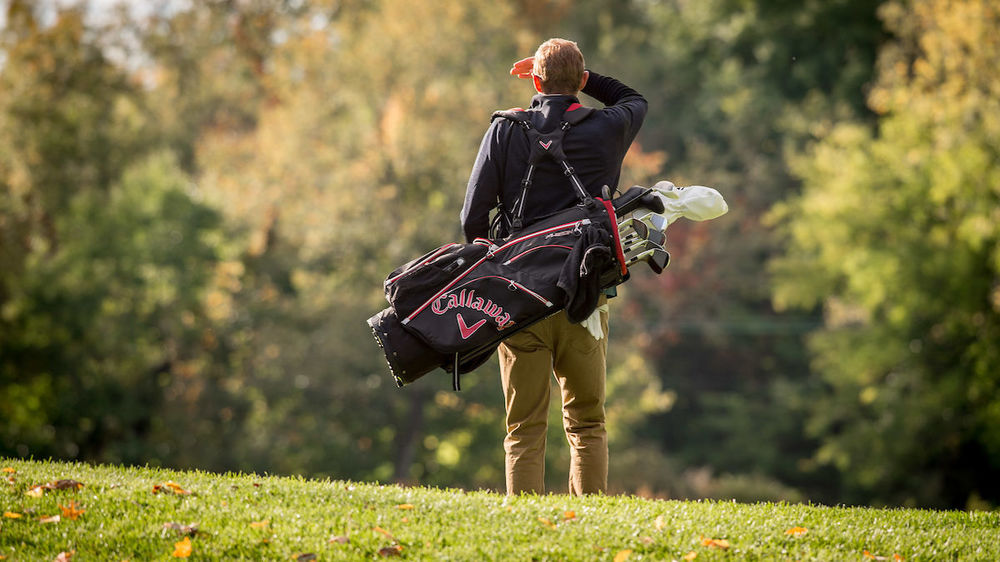 More than 2,000 people, representing 44 states and five countries, have signed up to volunteer for the 2019 U.S. Senior Open at Warren Golf Course, scheduled for Monday (June 24) to Sunday (June 30) at the University of Notre Dame.

The 2,200 or so volunteers will assist with various tasks throughout the seven-day event, which begins Monday with practice rounds. Championship play starts Thursday (June 27).

Each of the volunteers will work four days, four to six hours per day, or about 16 to 20 hours in total. Total volunteer hours will exceed 40,000.

The numbers include about 500 Notre Dame faculty and staff who have signed up to serve as volunteers or volunteer leaders during the event.

Volunteer tickets cost $129. In addition to access to all seven days of the event during non-work hours, the cost covers preferred parking, a uniform package, on-the-clock meals, a one-time discount on merchandise and admission to the volunteer party.

“Without the support and commitment from each of our volunteers it would be near impossible to pull off an event of this magnitude. We always say, major moments need major people,” said Danielle Baiunco, championship manager for the U.S. Senior Open.

The U.S. Senior Open is a United States Golf Association event. It is one of five major championships on the PGA Tour Champions, a branch of the PGA Tour for players over the age of 50.

This is the first time in the 40-year history of the event that it has been held at a collegiate golf course.

For more information, or to purchase tickets to the championship, visit 2019ussenioropen.com.

Originally published by Erin Blasko at news.nd.edu on June 21, 2019.