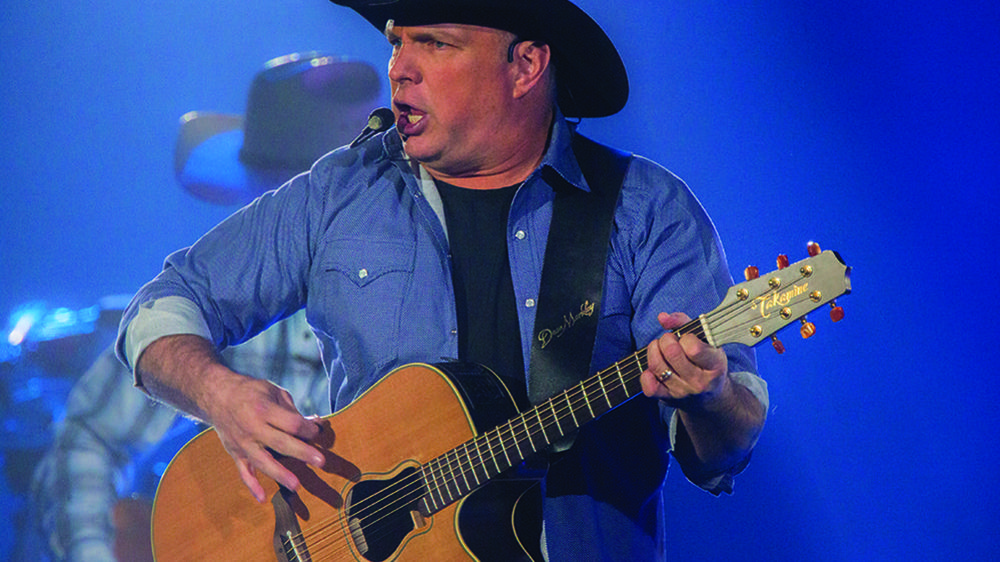 The Notre Dame mantra “Play Like a Champion Today” takes on new meaning with “the pros” coming to campus to play on three separate occasions in the near future.

Garth Brooks, the reigning Country Music Association entertainer of the year, will perform on Saturday, October 20 in the House that Rockne Built for the first-ever concert in the iconic Notre Dame Stadium. Tickets go on sale on Friday, September 14.

On New Year’s Day, the Chicago Blackhawks will face the Boston Bruins in the stadium for the 2019 Bridgestone NHL Winter Classic. A regular-season professional hockey game is another first for the
University.

“Being the first collegiate golf course to host a major championship is a tremendous honor and presents a wonderful opportunity to showcase the University and the South Bend-Elkhart area to a worldwide audience,” says John Foster, general manager, head golf professional at Warren and co-chair of the tournament.

Indeed, each occasion offers the University and the region exposure to new audiences.

Mike Seamon, vice president for campus safety and events management, sees this as a remarkable time in the University’s history.

“It’s a moment when Notre Dame is trying something different,” says Seamon, with a smile that reveals the pride he has for his alma mater
(’92, ’94 MBA).

Coming off two July news conferences, one with Brooks in Nashville and the other at Warren for the U.S. Senior Open, Seamon is eager to discuss the high-profile events.

“We’ve heard Father John say so many times that the University needs to dream big,” he says of Notre Dame President Rev. John I. Jenkins, C.S.C. “We need to be bold. That’s what we are doing.”

Hosting large-scale events is not a reach for the University. The operational elements for a home football game in the stadium are similar to that of a sell-out concert: traffic management, crowd management, security protocols, food and beverage service, and a stadium of 80,000 people.

“We are not starting from ground zero,” Seamon says. “This is built on the shoulders of decades of work by people at the University, and people within the community.  The partnerships that we’ve built for decades with local law enforcement, fire departments and businesses have allowed us to do this.”

Seamon is confident that Notre Dame staff, including temporary workers, will pull off each event like it’s just another day in the office. “We will put the same Notre Dame hallmark of tradition, hospitality, service and best-in-class experience into each one,” he says, adding that it will take teamwork.

“It literally takes everybody,” he says. “It takes people in Auxiliary Operations, Administrative Services, Campus Services. It takes Facilities, Maintenance and Utilities. It takes our Campus Safety partners. It takes our Game Day and VenueND partners. This will draw on all of our assets, but we think so in a good way, in a healthy way, in an exciting way.”

If hosting big-time concerts and professional athletics sounds like out-of-the-box thinking, get used to it. Seamon says there could be up to three concerts a year held in the stadium, and who knows what else. The three new buildings surrounding Notre Dame Stadium offer hospitality, venue and performance space and endless possibilities. Rumors of an NHL game here have been swirling around for a while.

In 2016, Vice President and Director of Athletics Jack Swarbrick told the Chicago Tribune, “Once the Campus Crossroads Project is finished, we anticipate that Notre Dame Stadium will be an excellent venue for more than just Notre Dame football games. And while we would certainly have an interest in exploring the possibility of playing host to outdoor hockey games, we have not had any discussions with the NHL about doing so.”

That changed last year, when the University worked in conjunction with the NHL, Blackhawks and Bruins to schedule the Winter Classic.

Another element that makes more events possible is VenueND, once known as Event Management, which was expanded when the additions to the stadium were completed. VenueND will facilitate the three events in addition to the normal routine of managing conferences, wedding receptions, meeting spaces and more. The team is also responsible for attracting Brooks to Notre Dame.

Gazing through floor-to-ceiling windows of a hospitality suite in Duncan Student Center, Sicinski looks out at the football field. He points to where Brooks’ stage and the on-the-field seating will be and where the NHL will place an ice rink.

“The rink will be placed in the center of the field on top of the monogram,” he says.

Sicinski, who played football for the University of Illinois and built a career on football stadiums and throwing events in them, says, “I worked for a number of years with the Chicago Bears, overseeing their event strategy, working at Soldier Field.”

Sicinski joined the University two years ago, joining the many professionals who will bring events held here to the next level. Foster, who has been at the University for 16 years, describes how Notre Dame landed the U.S. Senior Open.

“The USGA, in conducting a number of championship qualifiers and the 2010 Women’s Amateur Public Links championship at Warren, came to recognize and appreciate the playability and challenge it would present to the greatest senior golfers in the world,” Foster says. “That, coupled with the proven ability of Notre Dame to host major sporting events, resulted in the Warren Course being selected as the host of the 2019 U.S. Senior Open.”

These events could also put the region on the map for those not familiar with it.

Maybe. After all, thinking big and bold is how the University came to be.