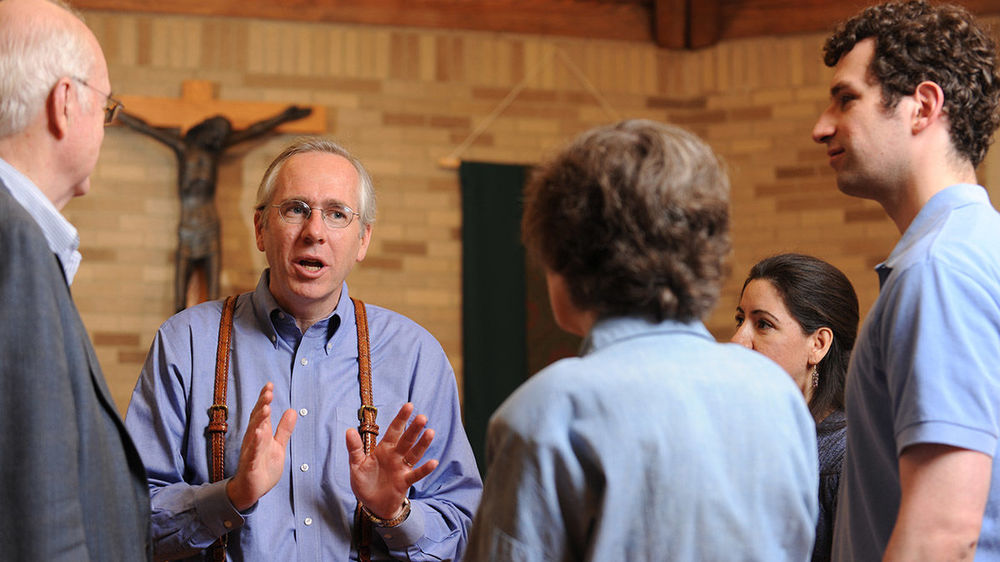 The cost of a college education is an important consideration, says Mark W. Roche. “But what are you getting for the cost? What is the end goal?”

Roche, who served for 11 years as I.A. O’Shaughnessy Dean of the College of Arts and Letters, is the Rev. Edmund P. Joyce, C.S.C., Professor of German Language and Literature and concurrent professor of philosophy. He is the author of nine books, including his most recent, “Realizing the Distinctive University” (Notre Dame Press, 2017), which expands on his views on higher education.

From one point of view, he notes, the goal of a college education is getting a job and embarking on a career. “But a liberal arts education is not simply a means, it is also an end in itself — its value is higher than any cost. You can focus on career preparation at the expense of becoming an interesting, well-rounded person.”

A distinctive liberal arts education has several aspects, Roche says. “Everyone benefits by asking great questions. ‘How did the planets form?’ ‘What is the meaning of death?’ ‘How does the mind/brain work?’ ‘Why do some countries stagnate, and others develop?’ Students develop as interesting persons by engaging such questions.

“By opening their minds to the great works of earlier ages, to alternative traditions, by stepping back from the contemporary world and thinking about broader issues … a college education gives students meaning and serves

In the course of a liberal arts education, students develop intellectual capacities and formal skills, he adds. “Being able to write well, think well, read well, speak well. Being able to persuade someone of a particular position. Understanding what’s important and what’s less important. Students become comfortable with ambiguity and uncertainty and avoid reducing issues to false black-and-white answers.”as an end in itself.”

A third value, “and one we do particularly well at Notre Dame,” he says, “is to help students develop certain virtues of character and a sense of vocation. As a capstone of a liberal arts education, ideally the student is asking, ‘How can I make a difference in this world — not simply make money but find a vocation where I know I’m doing something valuable?’ That’s why vision is so important. For a university, or for any workplace environment, people must feel they are doing something to help others. That’s the kind of payback that transcends monetary compensation.”

In the end, Roche adds, one of the most important liberal arts values is the desire — and the capacity — to continue to learn. “Think about it. You need to have the capacity to learn, and the breadth to know that you need to know how to continue to learn. That is what will allow you to flourish by mid-career.”That’s not to say that liberal arts graduates are likely to earn less in the marketplace in the long run. Roche points to Payscale.com’s annual report. “It takes college graduates who did not go on for graduate education and asks about starting and mid-career salaries. You can look at the site and see, yes, an accountant on average makes a little more than a philosopher coming out of school. But by mid-career, the philosopher makes more. And when economists look at earnings, they also take into account that some people earn less than their potential. One of their favorite examples is a professor. An average professor at an average institution will probably earn less than if he or she had gone into business. But sometimes there are things that are of more value than money.”

At Notre Dame, in addition to a liberal arts education, Roche says, “you’re getting something absolutely distinctive. The marketplace doesn’t fully apply, because you’re not going to get a Notre Dame education elsewhere. The combination that Notre Dame offers, a traditional liberal arts college atmosphere with a strong emphasis on student learning and quality of teaching, is quite extraordinary. We’re blessed here by faculty who have a calling. We’re blessed by quality students, and we’re very eager to teach and mentor such students.”

“A person doesn’t need to go to college to learn facts. He can get them from books. The value of a liberal arts college education is that it trains the mind to think."  Albert Einstein, from “Einstein: A Life” by Denis Brian

At the same time, Notre Dame is an increasingly dynamic and ambitious research university. “There has been a tremendous emphasis on teaching, but also on hiring endowed chairs and developing young faculty who have great potential. The research measures are rising dramatically in all the disciplines.”

And Notre Dame is uniquely positioned as a Catholic institution of international standing.

“That gives us an entirely different sense of mission and community,” Roche says, “a different set of foci in our teaching and research — we are strong in areas such as sacred music, religion and literature, and religion and politics. Business and engineering look at ethical issues. So even if students pay full tuition, they’re getting something distinctive that they couldn’t get anywhere else. That’s why we have so much alumni support. People want to give to something distinctive.”