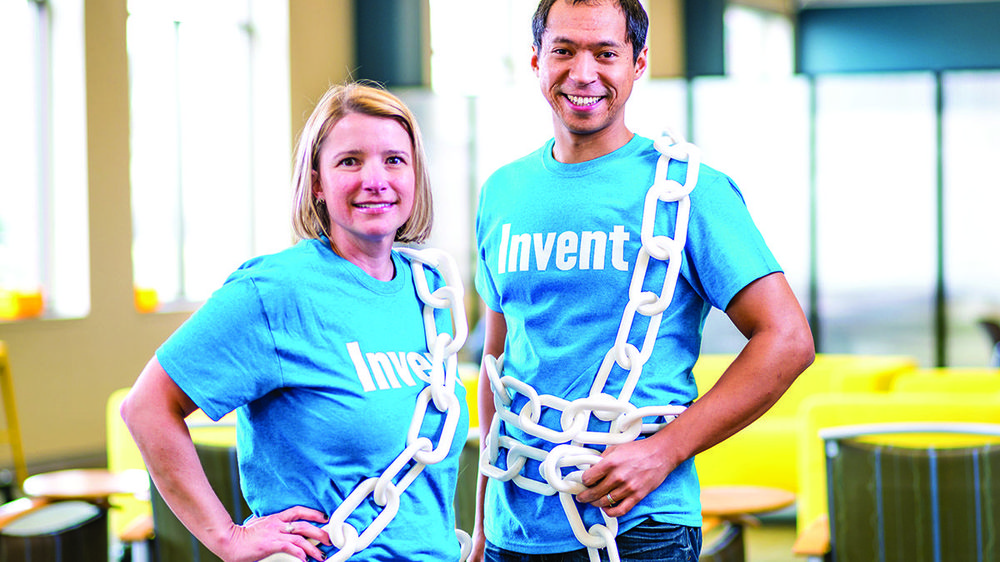 Without context, a walk around Notre Dame’s IDEA Center could give one the impression it’s all fun and games here.

A pingpong table and a Ms. Pac-Man arcade machine can be found in the lobby. On the other side of a glass wall, two hammock chairs hang from the ceiling. Around the corner is a makerspace with 3D printers and a 3D woodcutter, adjacent to a room filled with cubicles made of giant Legos.

But “fun” only scratches the surface of the IDEA brand.

“IDEA Week is intended to raise awareness for the IDEA Center and what we do here,” explains Bryan Ritchie, vice president and associate provost for innovation. “The week is also meant to shine a light on the University’s overall goal, established by its leaders, that Notre Dame continues to grow as a tier-one research university — which it has made great strides towards — and in so doing, becomes more known for innovation and entrepreneurial endeavors.”

In its two years, the IDEA Center, in lockstep with ND Research, has invested $25 million in Notre Dame startups. Forty of them are money-generating, job-sustaining businesses intended to remain in this region. 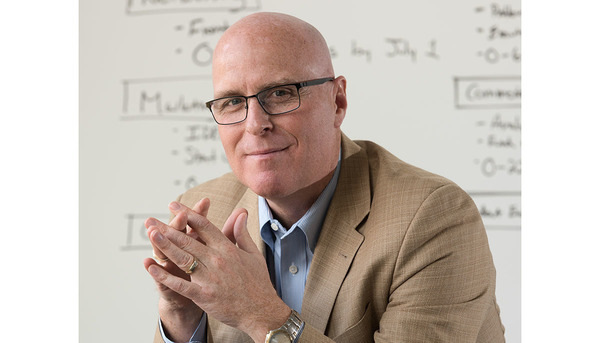 “We are commercializing ideas that will change people’s lives. This is very much tied to the mission of Notre Dame. We are a force for good by transforming industries and creating jobs,” says Ritchie.A new business begins with a discovery by University faculty and/or students. Often, the next step is filing for a patent, which presents the opportunity for a product, which can lead to employment and outside investment.

He notes that the IDEA Center is most interested in high- performing startups — those poised to grow quickly and take a sizable share of an industry.

“Over 70 percent of high-
performing startups have intellectual property at their core. That’s why patents are so important to economic development,” he notes.

The IDEA Center provides incubation space for the startups to get their footing. The pingpong table and arcade game offer recreation during long days.

South Bend-Elkhart is looking for a different kind of break.

“We’ve found this region peaked in businesses in 1997,” Ritchie says, pointing to a report based on U.S. Census Bureau data compiled by Nick Swisher, director of marketing for the IDEA Center.

“The decline since then was almost imperceptible, with 40-50 businesses lost a year. That’s not normal in the U.S., except in the Rust Belt and in places that had a really strong manufacturing core, like South Bend. The great news, however, is starting in 2014, this region began reversing the trend and adding some 70 new businesses each year. We have every reason to believe this trend will continue and even accelerate.”

The consensus among economists, according to the report, is that over the next 50 years, economic growth will be concentrated in the world’s largest cities, with the exception of smaller cities like Ann Arbor, Michigan; Madison, Wisconsin; Boulder, Colorado; Provo, Utah; and Gainesville, Florida, where businesses are growing rapidly. 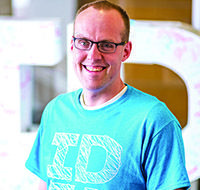 “What do these smaller cities have at their core? A strong research university like Notre Dame,” he notes.

“The IDEA Center wouldn’t be here if not for the work of ND Research. We’re excited that, among other things, the University has concentrated its efforts on hiring more research professors. More patents and more inventions will come from this, and then more companies. That’s called a university commercialization operation — technology transfers from a university to the neighboring region in the form of new job creation and economic growth.”

IDEA Week programming points to a couple of areas that Notre Dame and South Bend-Elkhart could become known for in the coming years.

Notre Dame’s Center for Research Computing (CRC) is a leader in cloud-based blockchain technology which offers secure, unhackable storage of transactions and records.

“Blockchain is the foundation upon which cryptocurrency and Bitcoin rest,” Ritchie explains. “The implications of blockchain technology are huge in banking, legal services and the government.”

Professor of computer science and engineering Ian Taylor, one of the inventors and SIMBA Chain’s CTO, will sit on the Saturday panel. Moderating will be SIMBA CEO Joel Neidig and Karl Burns, a 2020 MBA candidate at the Mendoza College of Business who leads SIMBA’s strategic partnerships. Neidig is also a panelist at one of nine blockchain sessions on Monday.

“It looks increasingly likely that Notre Dame and South Bend-Elkhart will be leaders in the world of advanced manufacturing. It checks all the boxes for high-performing startups,” Ritchie notes.

“Blue collar workers are worried that robots will take their jobs, but advanced manufacturing is desperate for workers who can operate these complicated robots and those people are paid really well. CEOs are worried about making the investment. If history has taught us anything, it’s that over the long term you can’t arrest progress. If you don’t embrace where progress is going, you’re going to be replaced.”

IDEA Week programming is guided by a steering committee of more than 39 organizations and companies from throughout South Bend-Elkhart — a region that actually consists of six counties in southern Michigan and north central Indiana.

“During IDEA Week we’re making linkages between what exists and where we should be," Ritchie says.

“Why can’t South Bend-Elkhart become known as a leader in advanced manufacturing? Why can’t we be a leader in smart mobility? You hear about AI (artificial intelligence) in cars, like self-driving cars. Maybe we become known for AI in RVs and buses?”

Center for Research Computing (CRC) professors and students invented the blockchain as-a-service technology that would become SIMBA. (Pictured are Sarah Rucker and Sebastian Wyngaard, two of the six inventors of the technology that became SIMBA Chain.)