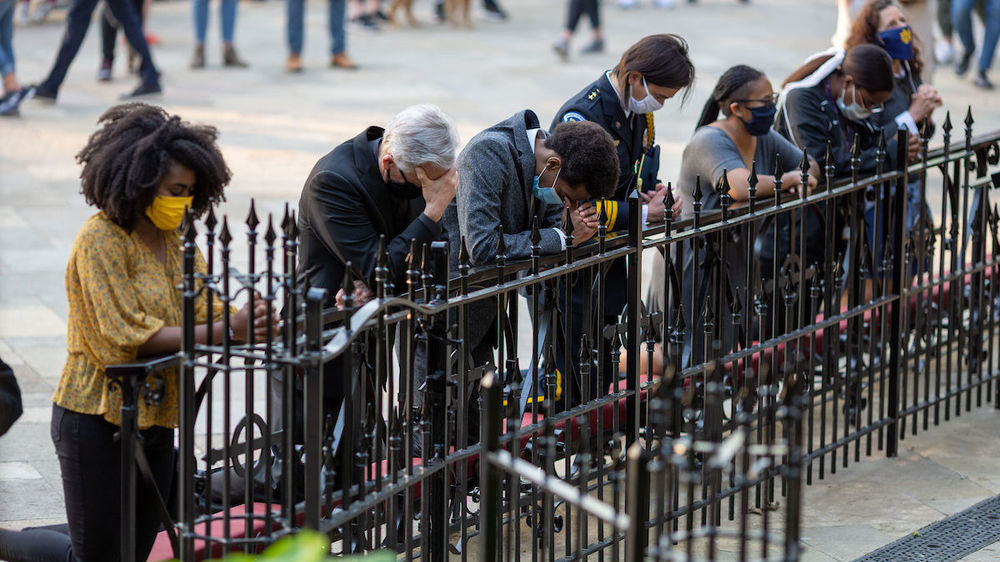 Organized by the Office of the President and by Campus Ministry, the “Prayer for Unity, Walk for Justice” event on the Library Quad came amid the turmoil following the death of George Floyd at the hands of Minneapolis police officers, and the subsequent peaceful and violent protests there and in many other cities and towns nationwide.

In remarks to more than 1,000 attendees on campus and many more online, University of Notre Dame President Rev. John I. Jenkins, C.S.C.remembered tragedies of the past, including the deaths of Emmett Till, Medgar Evers and the Rev. Martin Luther King Jr., as well as those of more recent times, from Eric Garner to Breonna Taylor to the congregants of Emanuel African Methodist Episcopal Church in Charleston, South Carolina. (Read more...)