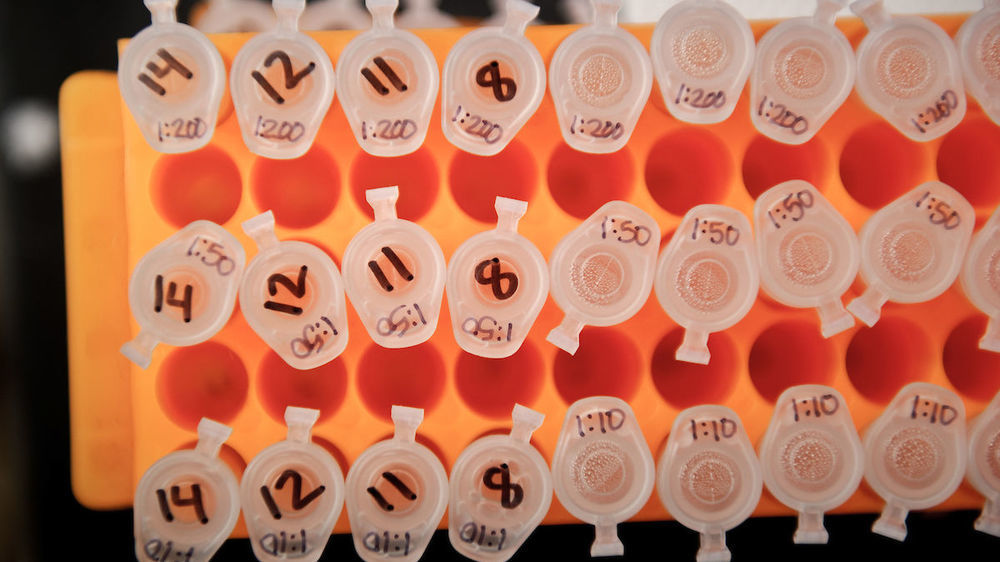 Proteins, the workhorse of the human cell, help digest our food, carry oxygen through the body, fight off invading microbes, and so much more — but they only function when folded properly into specific, three dimensional structures.

Misfolded proteins contribute to a number of diseases — including cystic fibrosis, juvenile cataracts, Alzheimer’s disease and many forms of cancer.

Scientists have long ignored half of all mutations in the genetic sequences of our DNA, called synonymous or “silent” mutations, because these mutations were thought to not affect the process by which amino acid sequences lead proteins to fold properly. Now, new research from the University of Notre Dame shows these silent mutations are worth a closer look.

“Synonymous mutations were long considered to be genomic background noise, but we found they do indeed lead to altered protein folding, and in turn impair cell function,” said Patricia Clark, the Rev. John Cardinal O’Hara professor of biochemistry at the University of Notre Dame, and lead author of the study. “Our results show that synonymous variations in our DNA sequences — which account for most of our genetic variation — can have a significant impact on shaping the fitness level of cellular proteins.”

Clark and her team studied the genetic sequence of a naturally occurring antibiotic-resistant gene of the bacteria, E. coli. The bacterium presented researchers with a manageable field of study, consisting of just 4,000 genes — compared to more than the 20,000 genes in humans. The team focused on how synonymous mutations altered the rate of protein synthesis by the ribosome, the molecular machine present within all cells, including human cells, that carries out the process of protein synthesis.

This study provides an answer to a hypothesis that has been floating around the field for more than 50 years, Clark said.

“It’s been extremely challenging to test this hypothesis rigorously in live cells,” she added. “The fact that we decided to work with a bacterium rather than a human cell, really helped. It enabled us to make mutations in a specific gene and determine to what extent those mutations were affecting folding.”

Further study is needed to understand just how widespread protein misfolding is due to synonymous variations. “We’re ignoring half of the DNA mutations that are out there, because we’ve decided that they’re not going to cause a problem,” said Clark. “Our study just showed they can cause a problem.”

Co-authors of the study include Micayla A. Bowman, Anabel Rodriguez, Iker F. Soto Santarriaga and Ian M. Walsh, also at Notre Dame. Clark is the director of the Biophysics Instrumentation Core Facility at Notre Dame.

The National Institutes of Health and the W. M. Keck Foundation funded the study.

Originally published by Jessica Sieff at news.nd.edu on March 02, 2020.