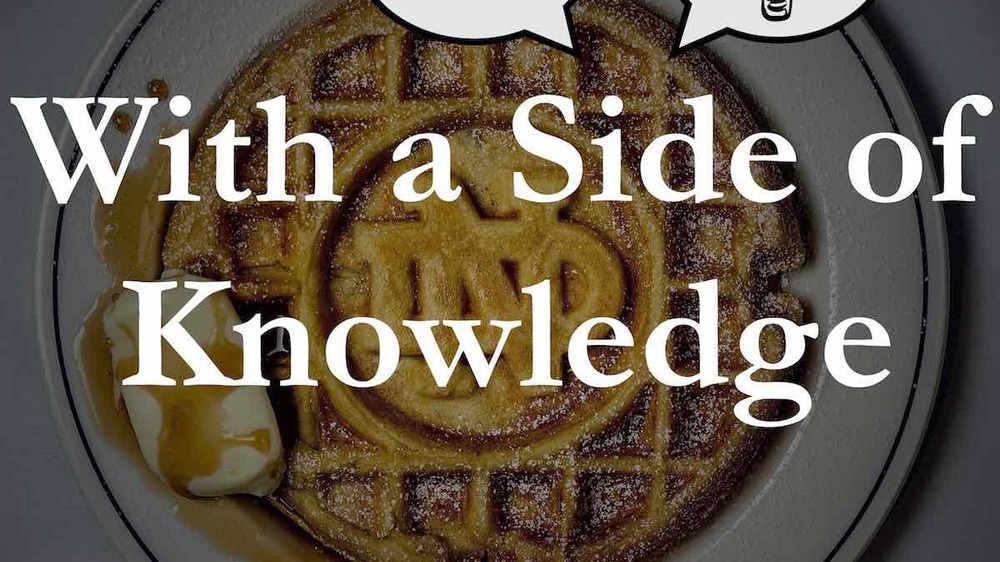 Get the show on Apple Podcasts

Get the show on Google Podcasts

Get the show on Spotify

With a Side of Knowledge is a podcast produced by the Office of the Provost at the University of Notre Dame. It brings listeners informal interviews with fascinating scholars and professionals from both Notre Dame and elsewhere that take place over brunch.

The 12th episode of the show’s third season, “On the Presidency and Possibility,” was released Thursday, Jan. 30, and features Bob Schmuhl, a professor emeritus at Notre Dame.

Schmuhl, who joined the University’s faculty in 1980, was the founding director of Notre Dame’s Gallivan Program in Journalism, Ethics, and Democracy and was later named the inaugural Walter H. Annenberg-Edmund P. Joyce Professor of American Studies and Journalism. His areas of expertise include the modern American presidency and the relationship between American politics and the media.

Schmuhl is the author or editor of some 15 books, the most recent of which prompted the conversation in this episode. In The Glory and the Burden: The American Presidency from FDR to Trump, published in 2019 by the University of Notre Dame Press, he examines the institution that is the presidency rather than focusing on the individual occupants of the White House.

He and host Ted Fox discussed potential reforms to how Americans elect the president, including the idea of regional primaries, as well as the path to the present state of our politics and the sense of possibility Bob believes the presidency should represent.

You can also listen to the episode with Schmuhl using the player below.

Originally published by Ted Fox at provost.nd.edu on January 30, 2020.