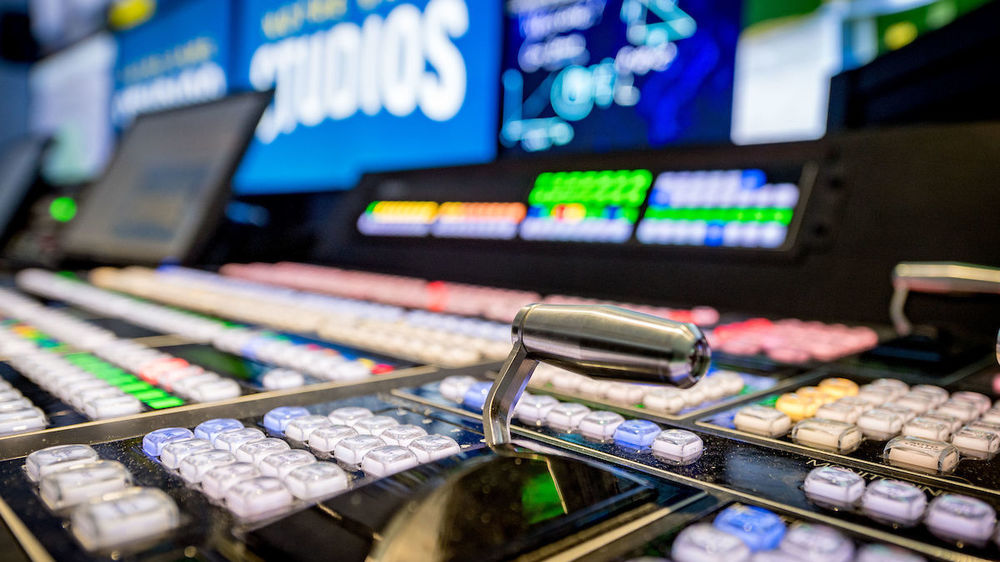 Saturday, September 19, marked another milestone for Fighting Irish Media (FIM) and Notre Dame Studios (NDS). The two entities partnered with NBC to broadcast Notre Dame’s football game versus South Florida on the USA Network (owned by NBC Universal). The show was fully produced on campus and Notre Dame students filled key roles managing microphones on the field and camera shading in the control room. While FIM and NDS have produced the Blue-Gold game for NBC and many Notre Dame hockey games, this marked the first time they have partnered on the broadcast for an in-season Notre Dame football game.

Instead of bringing two, or sometimes three, 53-foot-long production trailers, parked underneath Duncan Student Center, NBC utilized the broadcast technology in the 18,000 square foot Rex and Alice A. Martin Media Center in Corbett Family Hall, which is also where the in-game video board show is produced. Fighting Irish Media provided key production support and content while NDS provided technology, engineering and logistics.

“This was the most technically demanding show we’ve produced in our three-year history,” said Dan Skendzel, executive director of Notre Dame Studios and Teaching and Learning Technologies. “It was possible due to the great collaboration between Scott Rinehart, director of broadcast technologies in NDS, the FIM production team led by Adam Donaldson, assistant athletics director of production and media partnerships, and the NBC Sports team, along with the vision that went into designing the Martin Media Center.”

“Notre Dame Studios team turned on a dime to deliver all of the broadcast needs from a facility, equipment and engineering perspective. They set the stage —literally and figuratively — for the FIM team to partner with the NBC broadcast crew to get the game out to millions of viewers. We take it for granted sometimes, but the fruit of the University value of teamwork was on full display this weekend,” said Rob Kelly, senior associate athletic director for media and brand and Fighting Irish Media lead.

The broadcast and video board show featured in total 23 camera feeds and nearly as many audio feeds, routed through the Martin Media Center, out of which NDS operates. Audio and video from the broadcast feed was sent via fiber to NBC’s production center in Stamford, Connecticut, and transmitted to the USA Network. The inclusion of Notre Dame students in the broadcast marked another unique quality of the production given its high profile nature and vast viewership.