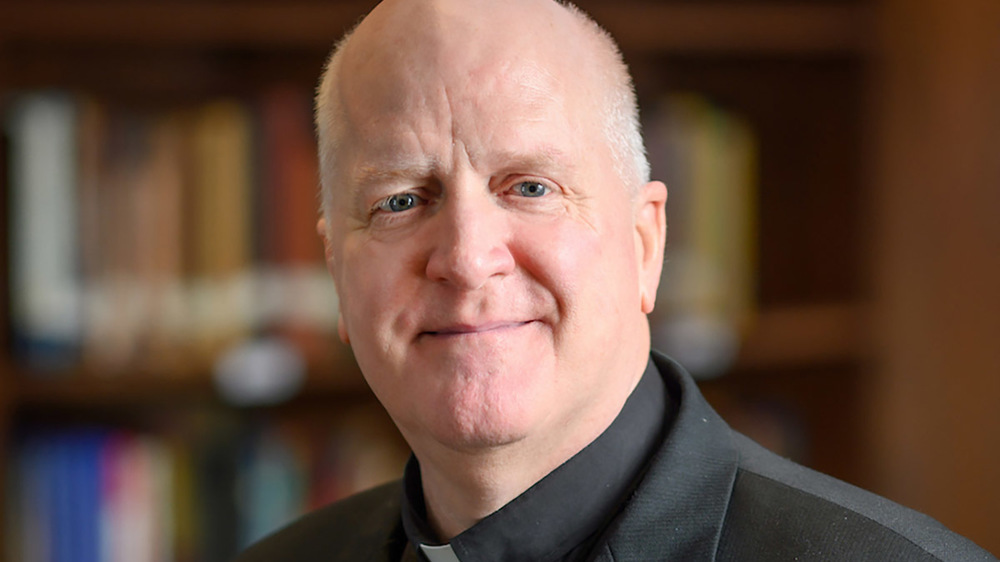 Editor's note: Upon further discernment, Father Lies has decided to continue his work with Notre Dame's Global Gateway in London and decline the offer to serve as interim president of the University of Portland.

Rev. James M. Lies, C.S.C., interim senior director for academic initiatives and partnerships at the University of Notre Dame in England, has been appointed interim president of the University of Portland. Rev. Mark L. Poorman, C.S.C., announced last week that he would step down in June after seven years as president and 10 years in service to the university.

“Father Jim is a widely admired priest, professor and administrator with deep roots at Portland,” Notre Dame President Rev. John I. Jenkins, C.S.C., said. “I congratulate him and stand ready to assist in any way possible as he takes on this important leadership role at our sister university.”

Father Lies was an associate professor of psychology at Portland and director of its Garaventa Center for Catholic Intellectual Life & American Culture. He also previously served on the faculty and as vice president for mission at Stonehill College. After his ordination, he ministered at Notre Dame as assistant director of spirituality and retreats in Campus Ministry and a rector. Notre Dame, Portland and Stonehill are among the 10 Congregation of Holy Cross colleges and universities worldwide.

Founded in 1901 and overlooking the Willamette River in Oregon’s largest city, the University of Portland enrolls some 4,200 students with 40 undergraduate and 18 graduate programs.