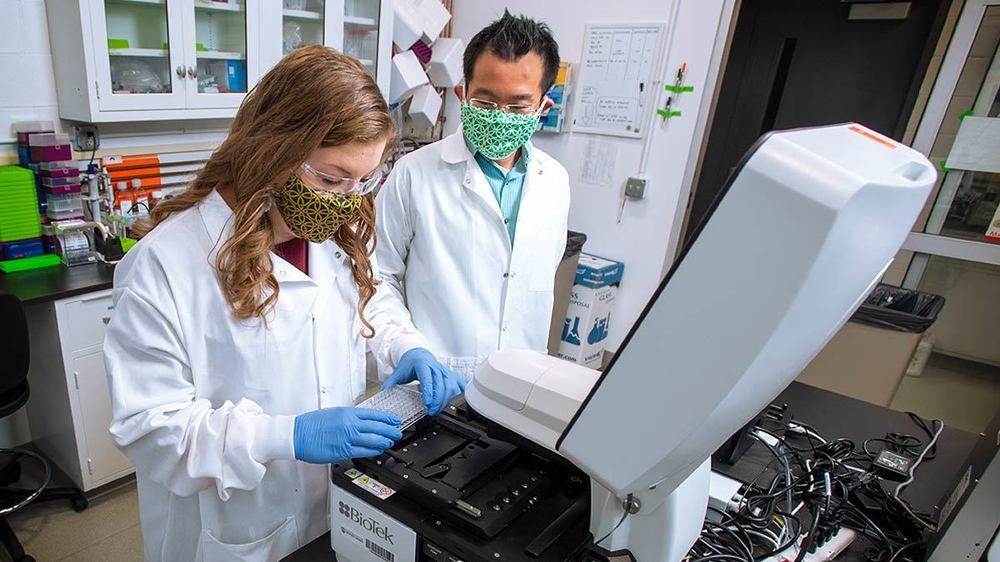 The human body is an incredibly designed machine, and mechanical processes such as those in the lymphatic system play major roles in maintaining healthy tissue and organs.

Donny Hanjaya-Putra is an assistant professor whose work lies at the intersection of engineering and medicine. He studies the lymphatic system — the part of the immune system that rids the body of toxins and other unwanted materials. He looks at how to restore dysfunctional lymphatic networks, which are associated with a wide range of diseases, including cancer, cardiovascular disease, diabetes, neurological conditions and metabolic syndromes.

The team is combining this knowledge with polymer science and mechanical engineering to build new lymphatic cord-like structures, which help restore normal behavior to dysfunctional lymphatic systems and allow the body to fight the disease.

The team has published its findings in The FASEB Journal of the Federation of American Societies for Experimental Biology.

This type of research is only possible, Hanjaya-Putra said, because of advances in imaging and stem cell biology.

“Traditionally, medical students spent hours studying the cardiovascular system, but not as much emphasis was placed on the lymphatic system,” said Hanjaya-Putra. “The reason, in large part, was due to the difficulty in visualizing lymphatic vessels, which are transparent.

“Recent advances have allowed us to use specific cell markers to distinguish between blood endothelial cells and lymphatic endothelial cells, so we can now see and study these very important networks in vitro and in vivo.”

Hanjaya-Putra and his team are now developing hydrogels that can be implanted under the skin to promote wound healing as well as gels that can be injected into the body at the site of injury.

Alderfer, the lead author on the FASEB article, was awarded a Fulbright U.S. Student Program Grant to study at the University of Helsinki. She will be studying lymphatic vessel formation in vivo in wound and cardiac injury models with Kari Alitalo, a global leader in the research of lymphatic vessels and translational cancer biology.

Originally published by the College of Engineering on March 29.