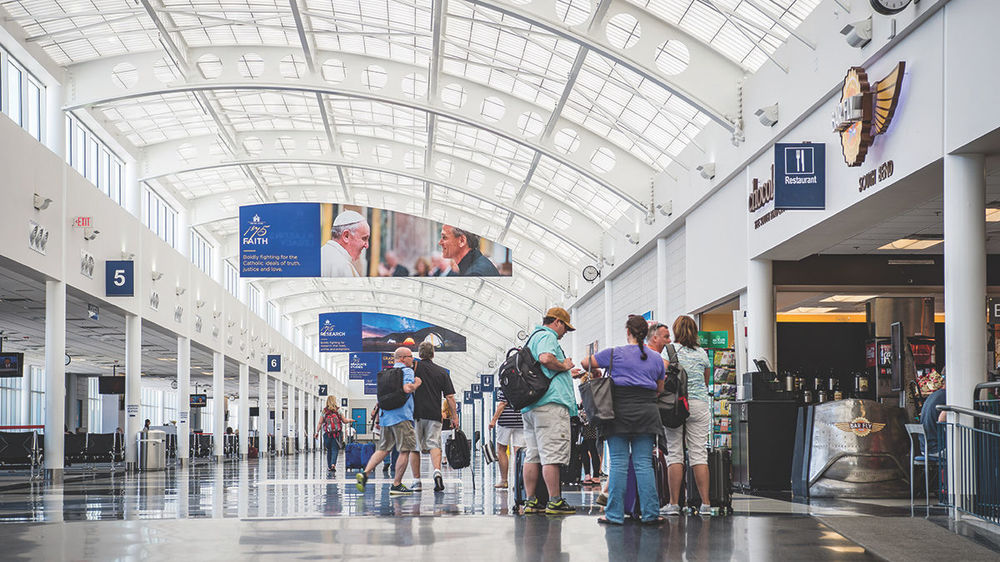 A TV commercial a few years ago featured “Bob.” Everything went Bob’s way. For Bob, the toll road was free and one traffic lane was exclusively for him. When Bob arrived at his destination, an empty parking spot waited for him. For Bob, travel was a breeze.

On most days, flying through South Bend International Airport is like that, even if your name isn’t Bob.

The airport is near where you live. Parking is a stone’s throw from the terminal, and the cost to park is nominal. There’s not much of a line to get through security. Flights are rarely canceled (fewer than 3 percent last year, typically due to weather.) Travel to Chicago takes less than an hour, and there are also direct flights to Detroit, Minneapolis, Las Vegas, Phoenix, New York City/Newark, Atlanta, Fort Myers, Orlando and Tampa Bay/St. Petersburg. This summer, flights to Charlotte, North Carolina, and Dallas will be added.

Those are some of the reasons that these Notre Dame staff members choose to originate their business travel from South Bend’s airport.

“I like the convenience: Parking is easy and the lines are usually short, and I was very happy to hear that they’re adding more direct flights,” said Chuck Lamphier, director of church affairs. He flies about once every two months on business. Dan Skendzel, executive director of Notre Dame Studios, travels for work just as often and notes that the airport is easy to navigate.

Beth Grisoli, director of multimedia services, averages three work trips a year. She flies from South Bend to alleviate stress. “When I’m trying to make a flight at O’Hare, it’s just so much more stressful dealing with problems on the toll road or Chicago traffic, worrying the whole time if I’ll make my flight.”

There are more than personal advantages to using South Bend’s airport. A marked increase in traffic through South Bend International could be an economic boon for the region.

Airlines invest resources into airports where there is demand. That could mean even more direct routes to big cities, more frequent flights, new routes and larger aircraft. Most important: A vibrant airport infrastructure that efficiently transports people and products into and out of the region is attractive to businesses and talent considering moving here. That’s good for business and the local economy.

In March, regional corporations and institutions announced that they have banded together for Project Propel, a pledge to increase business travel through South Bend International.

As the largest employer in St. Joseph County, Notre Dame will lead by example. Employees traveling for the University are now encouraged to fly out of South Bend rather than drive to Chicago if it costs $300 or less to do so.

“We are on the brink of a promising economic renaissance in South Bend-Elkhart that could transform our way of life for decades to come, and we all have a role to play,” Executive Vice President John Affleck-Graves said. “Consider flying through South Bend whenever feasible.”
Grand Rapids businesses united in an initiative like Project Propel and added $100 million to their regional economy in one year. There were similar results in Chattanooga, Tennessee; Asheville, North Carolina; and Rochester, Minnesota.

Kassie Spencer, program director of finance and administration for the College of Science, already flies out of and into South Bend, and she’s sold on it. On Feb. 9, a massive snowstorm in the Upper Midwest caused hundreds of flights into Chicago and Detroit to be delayed or canceled. But in spite of 10 inches of snow that fell in South Bend that day, her flight from Orlando arrived on time.

“Getting home quickly just felt so good. It was great to get on the road and get home when we expected to, and not have to be among the people who, unfortunately, were being re-routed or delayed and weren’t able to get home as quickly.”