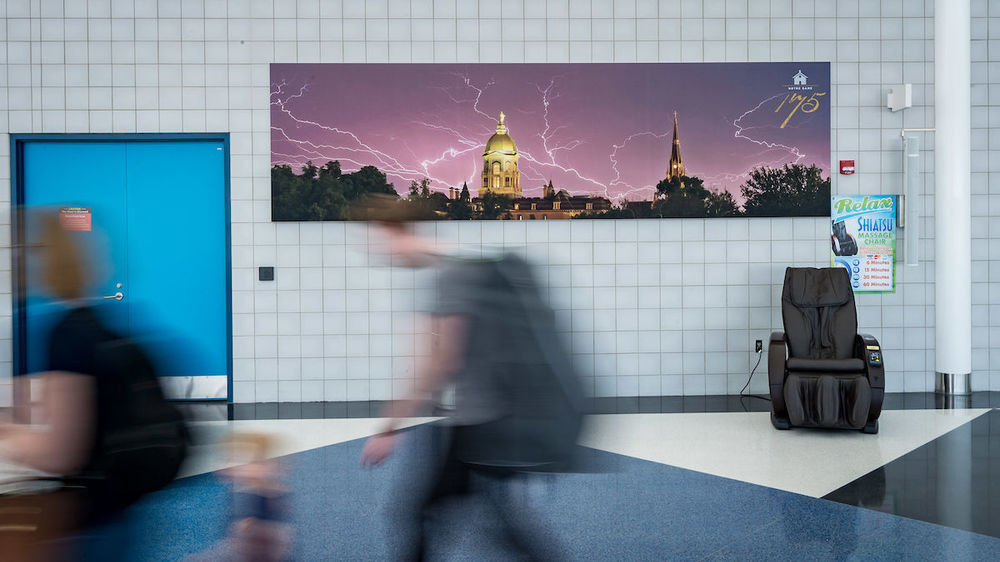 The University of Notre Dame booked 14 percent more flights through South Bend in the first quarter of 2019 compared to the first quarter of 2018. Dollars spent on SBN flights increased 7 percent during the same time period. Notre Dame's increased use of SBN is fueled by Project Propel and because American Airlines added more flights, says Gilberto Carles, senior director of Procurement.

Project Propel is part of a larger plan to revitalize the South Bend-Elkhart region. The idea is that by increasing air travel at SBN, carriers will invest in new routes, larger aircraft and more frequent service. That improves the commercial posture of the region because a vibrant airport infrastructure is key to attracting new business and talent.

Here are some other interesting facts from 2018:

As the largest employer in St. Joseph County, the University continues to lead by example: Faculty and staff traveling for work are encouraged to fly out of South Bend rather than drive to Chicago if it costs $300 or less to do so.