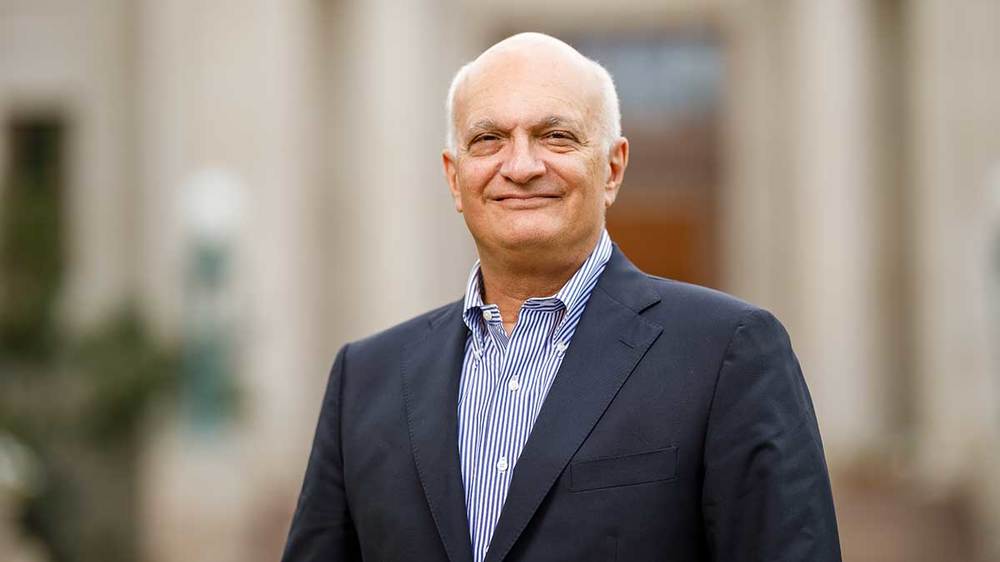 Michael Lykoudis, Francis and Kathleen Rooney Dean at the University of Notre Dame’s School of Architecture, has been named to the American Institute of Architects College of Fellows, an honor awarded to those who have made significant contributions to the profession.

A recognized national and international leader in classical architecture, new urbanism and sustainable development, Lykoudis has devoted his career to the building, study and promotion of traditional architecture and urbanism. The fellowship recognizes his many contributions to society and the profession as a scholar, leader and educator.

“We are pleased to see Michael receive this well-deserved recognition for his leadership and many contributions to the architectural profession,” said Thomas G. Burish, Charles and Jill Fischer Provost at Notre Dame. “Michael is a gifted architect in his own right and someone who works tirelessly to further the profession, and to inspire and educate others.”

As dean, Lykoudis has established a number of new initiatives to provide students hands-on experience with urban and architectural design, and to recognize those who excel in this area. He retooled the school’s graduate education program and increased the school’s engagement with the city of South Bend. He also established the Richard H. Driehaus Prize, awarded annually to a living architect whose work embodies the highest ideals of classical architecture in contemporary society and creates a positive cultural, environmental and artistic impact.

Lykoudis is a member of the Congress for New Urbanism and the International Network for Traditional Building, Architecture and Urbanism. He served on the board of directors for the Institute of Classical Architecture and Art and frequently lectures at universities around the country and abroad and speaks to professional and civic organizations.

Prior to joining the Notre Dame faculty, he worked as a project designer and architect for firms in Florida, Greece, Connecticut and New York. He has directed his own practice since 1983 in Athens, in Stamford, Connecticut, and now in South Bend, Indiana.

A graduate of Cornell University, Lykoudis earned his Master of Architecture degree from the University of Illinois with a concentration in business.

Originally published by Patrick Gibbons at news.nd.edu on February 25, 2019.