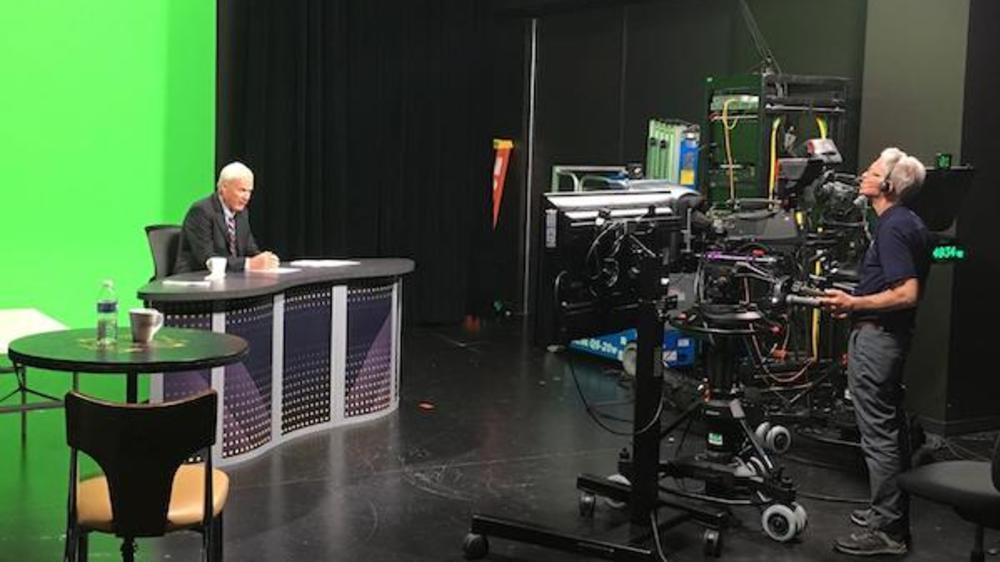 The Office of Public Affairs and Communications (OPAC) works tirelessly to bring the expertise of Notre Dame’s outstanding faculty to the attention of national and global media outlets. In particular, as important stories percolate, they spring to action identifying faculty who can present insights on the issue. This often results in the need for a live audio/visual or audio-only interview. That’s when the call comes to Notre Dame Studios and the technical coordination begins.

The Rex and Alice A. Martin Media Center, operated by Notre Dame Studios, is equipped with three studio spaces and an audio recording booth with live interview capabilities to anywhere in the world. Over the past academic year OPAC has worked with Notre Dame Studios to produce more than 30 live video interviews for media outlets such as ABC, CNN, Fox and NBC and close to 50 live or recorded audio interviews for the likes of NPR, BBC and others.

Broadcasters, like NBC, have become accustomed to working with Notre Dame Studios for these transmissions. So when the producers of MSNBC’s weeknight show Hardball with Chris Matthews wanted to send their host to South Bend to interview Mayor Pete Buttigieg, they immediately thought of Notre Dame Studios’ capabilities. On May 28, Matthews was on campus in the Martin Media Center’s Studio 1 producing his hour-long live political analysis and debate show.

Hardball producers provided the technical specifications and a virtual image featuring South Bend’s Century Center as the background. ND Studios engineer Aaron Creasy led the technical set-up and delivery of the show for Notre Dame, while ND Studios staffers Eric Nisly and Claude Devaney provided production support. Matthews sat behind a studio desk in front of the Martin Media Center’s 19 foot green screen. He was equipped with a teleprompter, monitor and all of the connectivity required to give his analysis and interview guests from across the country.

“The show was as technically clean as any I’ve been a part of,” said Creasy. “We were in constant contact with the show’s producers to ensure the full hour went smoothly. It’s great to see how we can use this state-of-the-art facility for things like this and in other ways that showcase Notre Dame.” 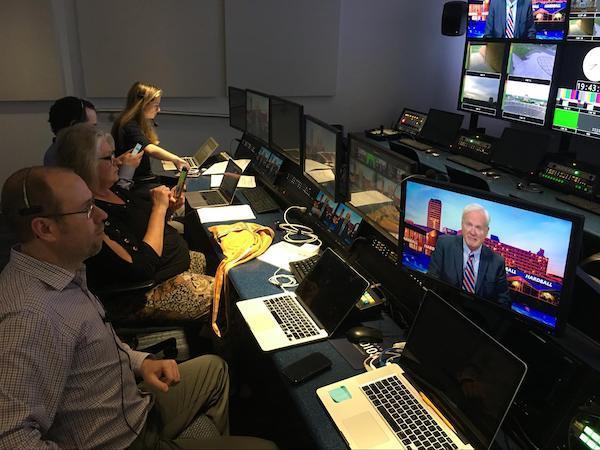 Originally published by Hong Yu at studios.nd.edu on June 06, 2019.