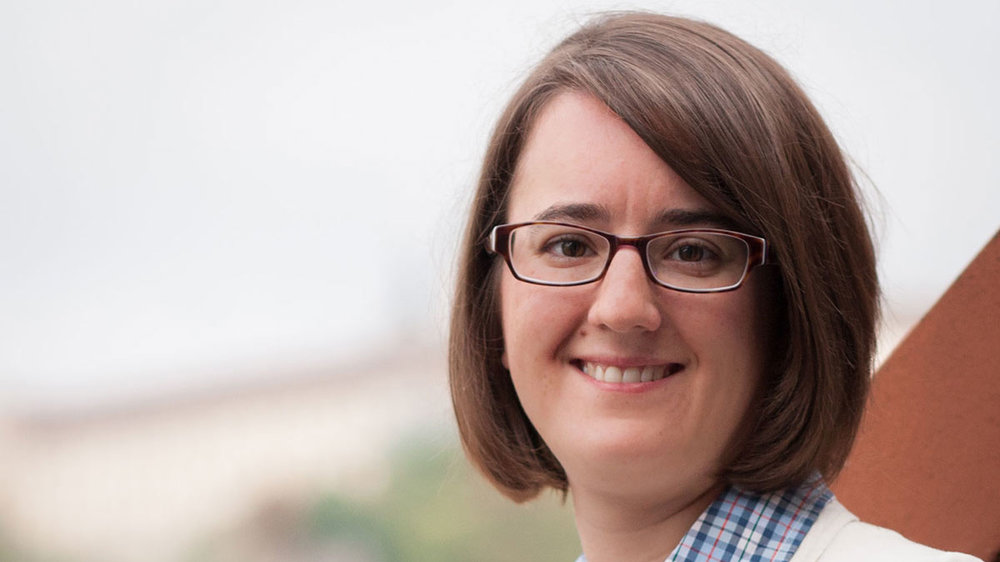 Therese Cory, the John and Jean Oesterle Associate Professor of Thomistic Studies in the University of Notre Dame’s Department of Philosophy, has been named a member of the Pontifical Academy of St. Thomas Aquinas by Pope Francis. Cory is one of 50 total members and one of two women — the third in the academy’s history — to be so honored.

The academy was founded in 1879 by Pope Leo XIII to study and promote the thought of St. Thomas Aquinas in service to the Church and the world. Its members hold lifetime appointments, and one other Notre Dame philosopher, John O’Callaghan, is also a member.

Cory, a specialist in Aquinas, studies the Arabic-to-Latin transmission of Aristotle’s thought — in particular its synthesis with Catholicism expressed by Aquinas — and the broad philosophical tradition that connects Muslim, Jewish and Christian thinkers in the Middle Ages. She serves on the executive committee for the Aquinas and the Arabs Project, and, in 2017, she won a National Humanities Center fellowship to support her research. Cory was also awarded an Alexander von Humboldt fellowship in 2014.

Member scholars of the pontifical academy devoted to the “Angelic Doctor” hail from around the world, and they meet once annually in Rome.

According to Cory, the academy gathering provides a unique opportunity for people who study Aquinas in philosophy and theology to meet, allowing scholars in both disciplines to bring historically divergent pieces of scholarship back together.

“The group is so international, which opens up aspects of Aquinas’ thought I don’t typically examine,” she said. “Cross-disciplinary collaboration is also hugely important in order to share research among Aquinas experts who approach the same texts with different kinds of questions.”

Recently, the scholar members of the academy decided to adopt annual themes for their meetings to align with the interests and priorities expressed by the pope. This year’s theme was “salvation,” drawn from the letter “Placuit Deo” on aspects of Christian salvation, issued last year by the Congregation for the Doctrine of the Faith and approved by Pope Francis. In their presentations, scholars took up themes from this letter to explore how Aquinas’ thought can help us reflect today on the philosophical and theological dimensions of salvation.

“Because it’s a Vatican institute, there is a special valence to the research and scholarship on Aquinas because we are working on live topics: salvation, how we live our faith, how grace transfers and what the sacraments are actually doing,” Cory said.

Aquinas, a Dominican and Doctor of the Church, taught in Paris, Rome and Naples during the 13th century. He is regarded as a central voice in the development of Catholic doctrine in the Catechism and is renowned for bringing Aristotelian philosophy to bear on theological questions. Aquinas served as a conduit for the spread of Aristotelian thought to Western Christian civilization, in part by promoting the influence of Islamic philosophers on the development of Western philosophical tradition.

Cory added that over the centuries, Aquinas has acquired a place of special regard within the tradition of Catholic philosophy and theology, and he is helpfully systematic in the way he lays out his arguments on the categories of Catholic faith and doctrine.

“Aquinas is not just for scholars; some of his work is accessible to laity,” Cory said. “It’s easy for a well-informed Catholic to search the Dominican House of Studies website on various topics to see what questions Aquinas had and how he thought through them.”