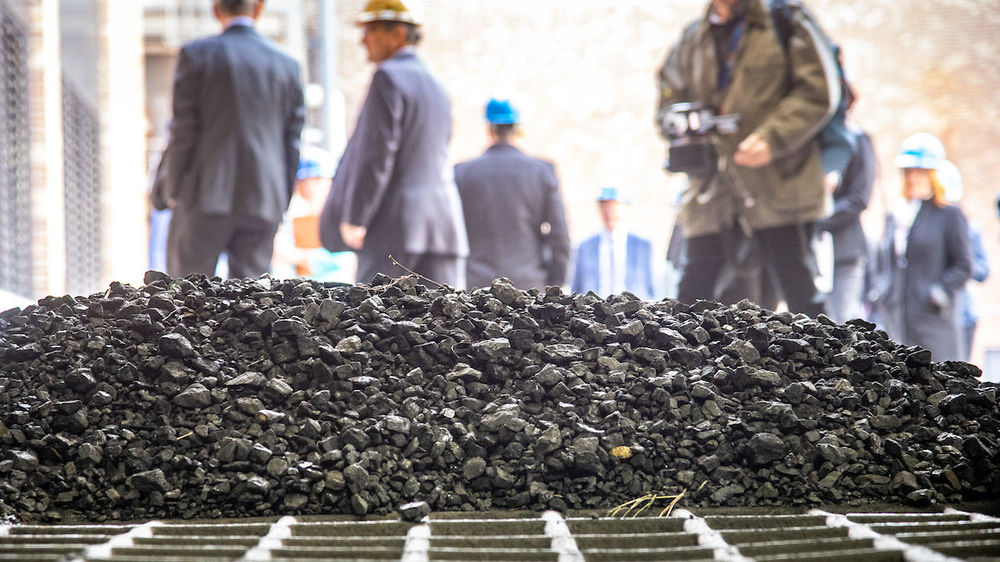 The University of Notre Dame ceased burning coal at its power plant today, Monday (Oct. 14), more than a year ahead of schedule. The news was announed at a press conference held at the power plant on campus.

Notre Dame President Rev. John I. Jenkins, C.S.C., announced in the fall of 2015 the ambitious goal of discontinuing the use of coal by the end of 2020, and cutting the University’s carbon footprint in half by 2030. Both goals have been achieved ahead of their target dates.

“Guided by the wisdom of Pope Francis in his encyclical ‘Laudato Si’,’ we have used a multifaceted strategy to make our campus more sustainably responsible,” Father Jenkins said. “I am proud of our progress, while realizing that we have still more work to do.”

Because of combined efforts laid out in the University’s Comprehensive Sustainability Strategy, Notre Dame has achieved a 50 percent reduction in carbon emissions per gross square foot based on 2005 levels, accomplishing the goal well before 2030. The University accomplished these goals by reducing energy consumption, diversifying its energy sources and expanding and evolving its energy infrastructure to increase efficiency and capacity. 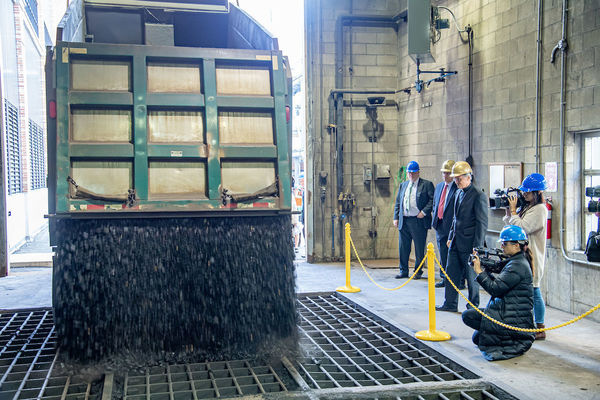 University President Rev. John I. Jenkins watches with news crews as the last load of coal is released into the power plant. (Photos by Matt Cashore/University of Notre Dame)

Notre Dame’s implementation of technology has further increased its energy efficiency. The University began using two new natural-gas-fired combustion gas turbines with heat-recovery steam generators earlier this year. These units operate in a combined cycle with other existing systems to produce both electricity and steam. This energy production is twice as efficient as a traditional electrical plant. The steam produced through the heat-recovery steam generators, powered in part by the gas turbine exhaust, is further used to heat campus, produce hot water or drive equipment to provide air conditioning for campus.

The University is also diversifying its energy sources to include renewable and recoverable energy from geothermal, solar and hydroelectric technology.

Three geothermal well fields located under the East Quad, Ricci Fields and the parking lot south of Notre Dame Stadium provide water heating for the Walsh Family Hall of Architecture, Ricci Band Rehearsal Hall, Pasquerilla Center and Dunne, Flaherty and McCourtney halls. The new geothermal systems at the East Plant and south of Notre Dame Stadium also provide chilled water that is piped to the campus-wide chilled water distribution system to be used where it is needed on campus.

Solar energy arrays at Fitzpatrick Hall, Stinson-Remick Hall and the Kenmore Warehouse in South Bend reduce carbon dioxide emissions by more than 680,000 pounds annually, the equivalent of removing more than 240 automobiles from the road, reducing over 2.5 million vehicle miles driven or planting more than 1,331 acres of trees.

By the summer of 2021, a 2.5-megawatt hydroelectric generation facility located in Seitz Park on the St. Joseph River in downtown South Bend will supply about 7 percent of the University’s electrical needs and offset nearly 9,700 tons of carbon dioxide annually. Through a partnership with the city of South Bend, the University will capture the energy of falling water and transmit the generated electricity through underground transmission lines to campus.

Looking ahead, the University’s Utilities Long-Range Plan is to continue to diversify its energy portfolio by exploring renewable and recoverable energy sources in an effort to subsequently become carbon neutral. Future facilities such as Johnson Family Hall and Raclin Murphy Museum of Art will also use geothermal energy, and some existing facilities may be converted to using geothermal energy.

Through a proposed partnership with Indiana Michigan Power that is pending approval by the Indiana Utility Regulatory Commission, Notre Dame will use 40 percent of the output of the South Bend Solar Project that is expected to be in operation by the end of 2020. The University will also evaluate large-scale regeneration to recover and produce useful energy from other low-grade energy sources.

Originally published by Marissa Gebhard at news.nd.edu on October 14, 2019.