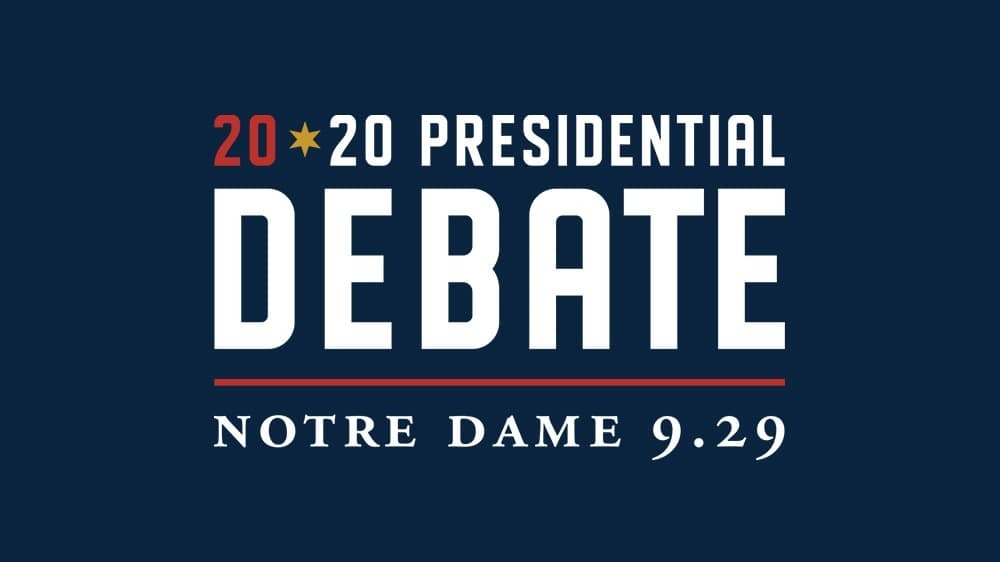 Serving on a jury, getting a U.S. passport and running for an elected office are a few of the benefits of U.S. citizenship, but the ability to vote in our democratic process is the most motivating one for a staff member and a professor at Notre Dame.

After 30 years as a resident, Wiens says he applied for citizenship in September 2019 for many reasons but the upcoming presidential election was a key factor.

“I feel this is a very important election, especially since it may shape the future of our country for our children,” he says. “I’m excited to have a voice in how the country moves forward.”

Wiens, who is Canadian-born, isn’t sure how he’ll commemorate his first ever U.S. vote. “Due to COVID, it may be an even more unique experience for everyone,” he says. “But I’m looking forward to getting my ‘I voted’ sticker.”

Eight months after his application submission, and two decades as a work visa and green card holder, Chaloner, who is from the United Kingdom, was granted citizenship in 2019. He says he studied hard to get every answer correct on the test but he’ll never know his entire score. “They stopped asking me questions after I answered the required 60 percent correctly,” he says. “I was hoping for the 100 percent!”

Chaloner says learning about the U.S. Constitution, its evolution and how it directs our government fascinated him as he studied for the test. “One thing specifically that I think is important is that no person, including the President, is above the law.”

Like Wiens, participating in the democratic process drove Chaloner to apply for citizenship after his many years in America. He says he is committed to voting in the upcoming elections.

“In a sense I was doing many of the things a citizen does, such as contributing to society through my job, following the laws and paying my taxes, without one key element which was participating in elections at all levels, while having also seen, over many years, the consequences of elections,” Chaloner says. “And, in fact, the one thing that I will always remember from the naturalization ceremony was how much the judge emphasized that one key responsibility of a citizen is to participate in the democratic process.”

He says he will vote, whatever the circumstances, and will also help ensure other eligible voters cast their votes. He may even become a candidate for an elected office in the future, he says.

When the U.S. Citizenship and Immigration Services closed its offices March 18 in response to the coronavirus pandemic, Lotta Barnes, senior graphic design specialist in the College of Science, found her citizenship application had been stalled. For now, her plans to vote in November are also on pause.

Barnes moved to the U.S. (Dallas) from Sweden in 1999. “I had intended to return to Sweden after graduating college, but 21 years, a few states and a family later I am now happily living in Indiana,” she says.

Her 11-year-old twins inspired her citizenship quest. “It is 100 percent for them that I am motivated to get my citizenship and register to vote. They had a lot of questions after the last election, and were disappointed that I did not participate,” Barnes says. “To be honest, it is very important for me to make my voice heard, to take part in the democratic process as an American citizen and vote for leaders who represent my ideas and interests.”

Wiens offers encouragement for Barnes and others whose citizenship is on hold.

“Once you do have your citizenship, the process of registering to vote is very quick in Indiana. I was able to get my application in just before the pandemic hit our area and received my voter registration card a few days later,” he says.

With a backlog of residents who have applied for U.S. citizenship in 2019, a suspension of services and the clock ticking, Barnes remains hopeful as she awaits her new appointment schedule.

“If the process turns out to take longer, and I won't have my citizenship before November, it will not affect my determination to go through this process of becoming a citizen,” she says.

The 2020 election is steeped in personal history for all three members of the Notre Dame community:  casting their first votes, Notre Dame hosting a debate and now a global pandemic. As part of the democratic process, Chaloner says he sees Notre Dame hosting as an important call-to-action for democracy, regardless of the disruption to campus and especially during the coronavirus crisis.

“We all need to do what we can to support the democratic process, and debates are a central part of that process,” he says.