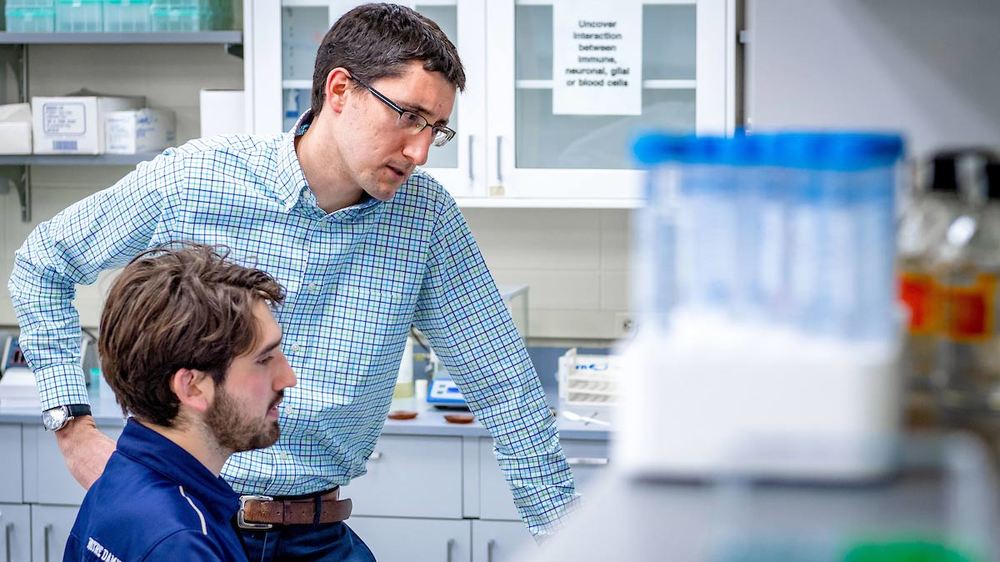 On average, an estimated three out of every 1,000 newborns will suffer a brachial plexus injury during birth, damaging the bundle of nerves that connect the brain and spinal cord to the shoulders, arms and hands. In the most traumatic cases, even with surgery and physical therapy as an infant, there is no treatment that can guarantee a full recovery.

However, a new study from the University of Notre Dame has identified a strategy that may support the regeneration of nerves affected by a brachial plexus injury. The findings show that there could be a new path forward for a full behavioral recovery.

“Early on, our model showed that the nerve regeneration process after a brachial plexus injury differed from how these nerves connect the peripheral and central nervous systems during early development,” said Cody Smith, the Elizabeth and Michael Gallagher Assistant Professor of Biological Sciences and co-author of the study. “My lab worked to recreate that development-like process by using a chemotherapy treatment, paclitaxel, which helped stabilize axon invasion for spinal cord re-entry.”

Once the DRG sensory axons penetrated the spinal cord, the researchers were able to establish connection between the nerves and with neuronal “partners,” allowing for full functional recovery in the model after 48 hours. Although the study was intended to mimic regeneration after obstetrical brachial plexus injuries, there is potential for it to benefit those who suffer a brachial plexus injury later in life as a result of an accident or other trauma.

“Moving forward, our goal is to use our studies during development to identify more specific strategies for regeneration,” said Smith. “It is exciting that we have a path forward to identify new regeneration molecules.”

The lead author of the study is Evan Nichols, a graduate of the University of Notre Dame and a current graduate student at Stanford University. Smith is an affiliated member of the Center for Stem Cells and Regenerative Medicine at Notre Dame. The study was completed with the support of the Freimann Life Science Center and was funded by the Alfred P. Sloan Foundation, the National Institutes of Health and the Spinal Cord and Brain Injury Fund Research Grant from the Indiana State Department of Health.

Originally published by Brandi Wampler at news.nd.edu on January 16, 2020.