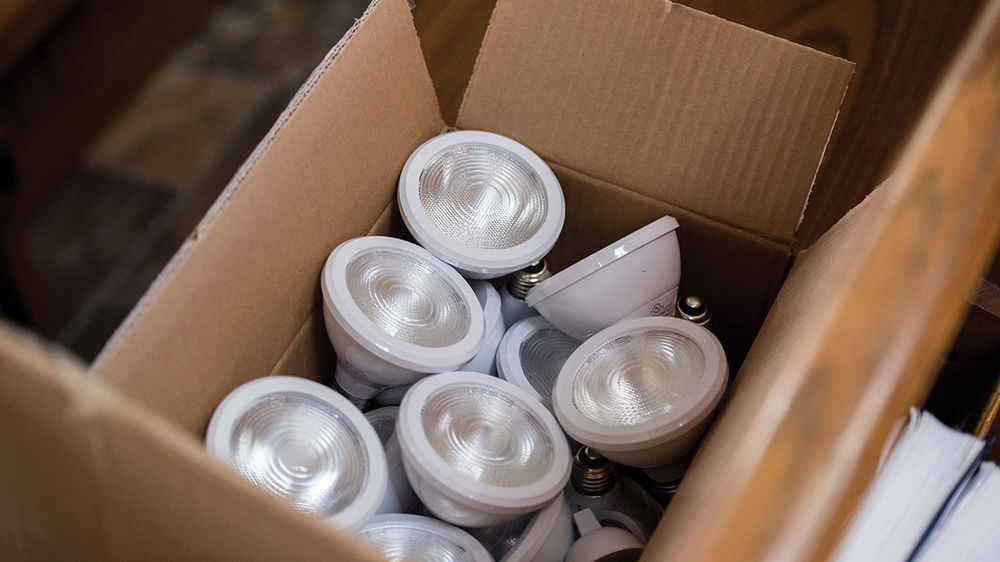 The three projects will help reduce the University’s carbon emissions while improving the quality of lighting.

“It’s a pleasure to see the benefits of higher-quality lighting accompanied by energy savings from the LEDs,” says Bob Werner, a mechanical engineer in the Facilities Department who oversees the project. He also converts the amount of energy saved into language people can understand, like trees and cars.

For example, in one year, replacing 1,000 outdoor lights with LEDs has just as positive of an effect on the environment as planting more than 182 acres of trees or removing more than 116 cars from the roadways by reducing greenhouse gas emissions.

Inside the tennis facility, high-output LED lamps significantly increase the amount of light on the court for players and provide higher-quality light while reducing electric usage. The result is as positive as planting more than 31 acres of trees or removing 22 cars from the road a year.

Meanwhile, the 60 high-output fluorescent fixtures in Compton’s Olympic rink will be replaced with energy-efficient LEDs. That result is the environmental equivalent of planting more than 11 acres of trees or removing about eight cars from the road a year.

Switching to LEDs also saves labor and maintenance costs. LED bulbs have a typical lifespan of 10 years compared to fluorescent bulbs, which require replacement every three to four years.