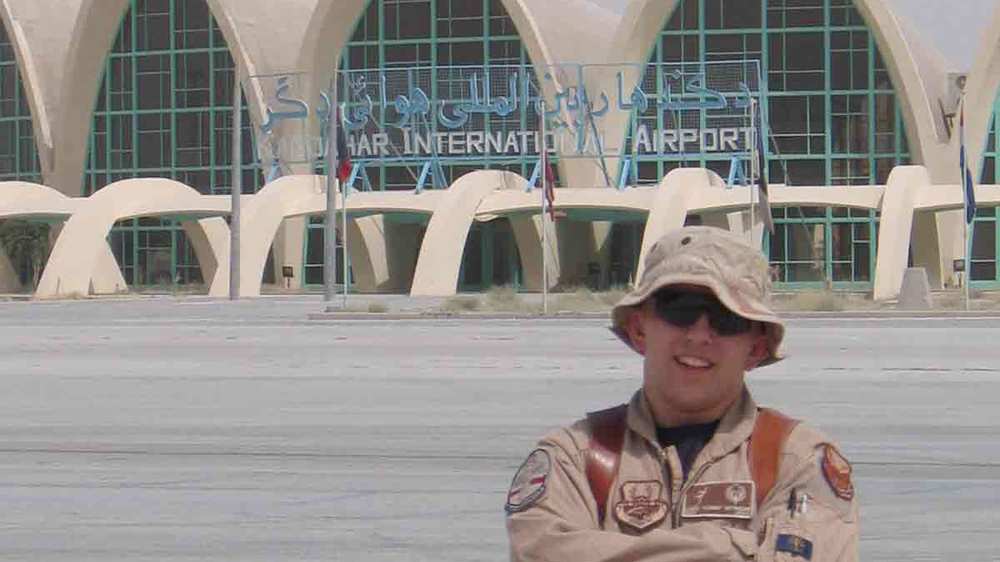 After seven years of active duty in the U.S. Air Force, Lance Nettrouer, a training and development specialist in Building Services, joined the Indiana National Guard so he could continue to serve his country.

“I thought it would be easier than active duty, but it’s five times harder,” says Nettrouer. “When I was in the Air Force, I had one job and I could take my family with me. Now I have to balance my civilian job, National Guard duties and my family responsibilities.”

Nettrouer worked in civil engineering his first six years in the National Guard, then was selected to be a commissioned officer and serve as the equal opportunity director.

Normally Air National Guard airmen are expected to train one weekend a month and one two-week period a year; however, as an officer, Nettrouer works four to five days a month in Fort Wayne, Thursday through Sunday, and he is sometimes unexpectedly called to Fort Wayne when his services are needed. “It’s demanding being an officer,” Nettrouer says. “If there’s an issue with someone in the National Guard, I travel to Fort Wayne to investigate it.”

Nettrouer stresses that it’s also very important to him that he remain a valuable employee to Notre Dame. His director at Notre Dame has been very cooperative when he needs time off to serve in the guard. “To continue to be an asset to Notre Dame, I work nights or special events to offset the time I need to be away for my guard duty,” he says.

Overall, Nettrouer believes his experiences in the guard have made him a better employee. “In my job at Notre Dame I work with a lot of people,” he notes. “As the equal opportunity director in the National Guard, I’ve come to understand that we are not all the same, but we are all part of one humanity. It’s helped me be more tolerant of differences and work together to get the job done.”

When he investigates complaints in the guard, he’s learned to seek to understand before addressing poor behavior. “Through open conversations with people, I find that they are often dealing with difficult situations in their personal lives that cause them to have problems in the guard,” he says. “That makes it easier to understand why the person is not performing at his or her best and to address the situation.”

A lifelong northern Indiana resident, Nettrouer grew up in
Lakeville and graduated from LaVille Junior-Senior High School. After his discharge from the Air Force, Nettrouer earned a bachelor’s degree in business from Holy Cross College and master’s degree in human resources from Indiana Tech. He and his wife Jessica met at Holy Cross College, and they’re parents of two young daughters, Lily, 3, and Lea, 1.

“My wife takes very good care of our children and me. I wouldn’t be able to balance it all without her dedication to our family,” he says.

Passionate and committed, Nettrouer hopes to continue to serve in the National Guard until he retires. “It means so much to me,” he says. “The Guard is a way I can serve my country and the state of Indiana.”