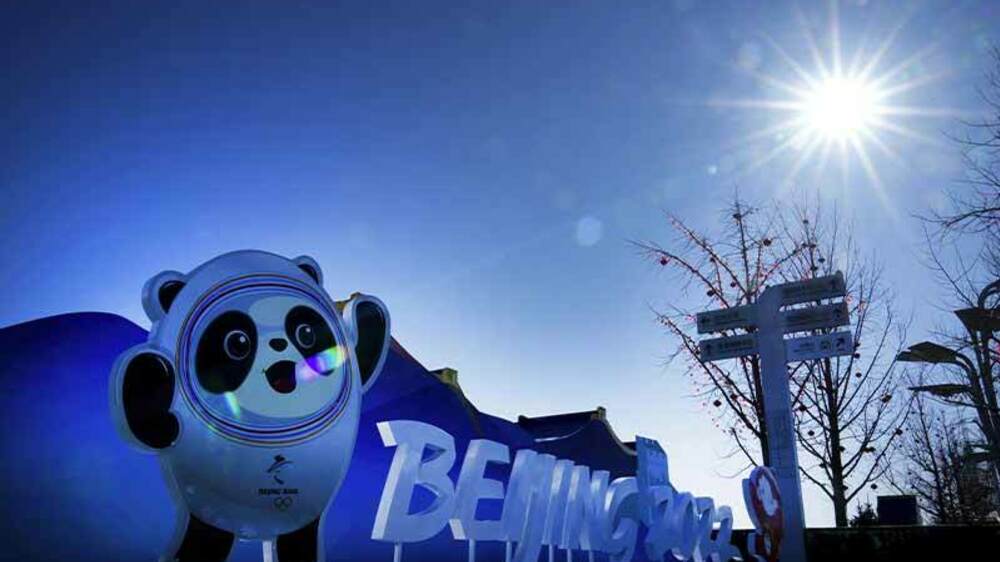 Hurtling down a sheet of ice at over 80 mph. Spinning 6 revolutions per second 24 inches in the air and landing on a blade going 15 mph. Doing a 1440 rotation flip back-to-back on a half-pipe. Every four years, the world hunkers down to watch the best athletes complete some near humanly-impossible feats in cold-weather sports at the Winter Olympics.

For assistant professor of anthropology Cara Ocobock, the Winter Olympics hold more than a personal fascination, however. She’s also the director of the Notre Dame Human Energetics Laboratory and her research explores the physiological and behavioral mechanisms necessary to cope with and adapt to extreme climates and physical activity.

The Olympics allow us to see how hard or fast people can push their bodies.

“We all relish in, I think, if not just witnessing what our human bodies - which we sometimes consider to be frail and weak - what we’re actually capable of,” Ocobock said. “The strength, and the speed, and the power, and the coordination and all of that. It’s amazing to see on display.”

They’ve come a long way, too, in terms of gender representation, but Ocobock said that both Games and exercise physiological research have a ways to go.

“Only in 2014, I believe, was the first time that women had ski jumping competitions in the Olympics,” she said. “When you hear the president of the International Ski Jumping Federation say, ‘Well it just doesn’t make sense medically for women to be doing that,’ you take this huge step back and just say, ‘Woah, woah, whoa, what are you basing this on?’”

Often, the answer is not much. There aren’t as many studies examining female athletes as there are for male athletes. And, Ocobock said, fewer females actually conduct exercise physiology research, so the questions about female physiology are often left unasked.

One question she’d like an answer to is why some female athletes are prevented from competing when they have higher levels of natural testosterone. The rules in question primarily affect Track and Field athletes in the Summer Olympics, but, Ocobock said, they’re based on one study that has since been retracted.

“Even if you look at the study, it doesn’t say what the International Olympic Committee says,” she said. “You don’t see people regulating Michael Phelps because he doesn’t produce lactic acid the way the rest of us do. You only see it among women, and it ends up actually disproportionately harming women from the global south because they have greater representation in those sports that are actually being policed for testosterone.”

Testosterone is naturally present in both males and females, as is estrogen, she said, and both are needed to function properly. And both can provide some seeming “perks” to those who have it in higher amounts.

For example, females might actually have an advantage for long endurance sports like marathons and ultra-marathons because they tend to have more estrogen receptors on their muscles than males do. Estrogen, it turns out, is more just a reproductive hormone, it’s important in the metabolism of glucose.

Another difference between males and females comes from a study that Ocobock herself is leading amongst reindeer herders in sub-Arctic Finland. Her research showed that the female herders she worked with had higher resting metabolic rates than the males did.

“That's unheard of,” she said.

Resting metabolic rate is the total number of calories burned when your body is completely at rest. Most of the time, this scales with body size so smaller individuals have a lower resting metabolic rate while larger individuals have a higher one, but even when the researchers corrected for the size difference between the females and males, the females’ rate “was way higher than males were.”

Thyroid hormones in females, however, also play a role in maintaining successful pregnancies, so she believes that their thyroid hormone levels aren’t falling as the climate warms like they are in males.

We only discover these differences and the implications of them through research and including more women in the discussion of exercise physiology, though, Ocobock said. And that’s something she hopes to see happen on Notre Dame’s campus.

“Given our strong athletic tradition, we could totally have an amazing sort of kinesiology sports performance department that would not only benefit our student-athletes here on campus and our university, but could also properly inform bodies like the International Olympic Committee,” she said.

“Let’s get the science done and then make informed policy based on that.”

To read more of Ocobock’s discussion of physiological differences in male and female athletes, read her recent article.

Originally published by Liz Harter at news.nd.edu on February 02, 2022.