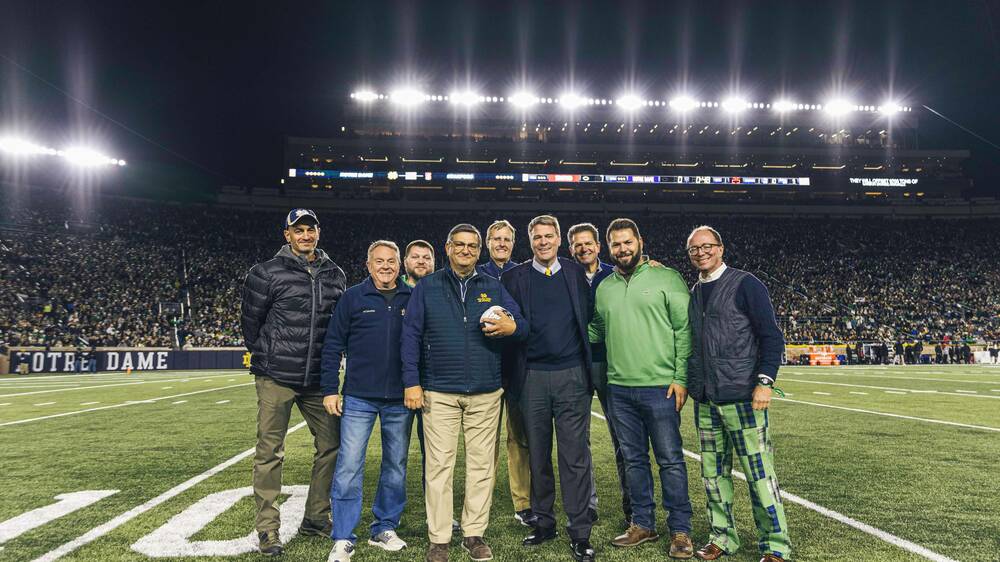 The University of Notre Dame, led by a team of dedicated colleagues in collaboration with community leaders, now operates a 2.5-megawatt hydroelectric facility along the St. Joseph River in downtown South Bend.

Situated along the riverbed beneath Seitz Park, ND Hydro started generating power for the University in May. As a source of clean, renewable energy, the state-of-the-art facility will generate an estimated 7 percent of the electricity for campus and offset 9,700 tons of carbon dioxide annually, benefiting both the University and surrounding community. The facility was dedicated during a ceremony held Sept. 12 in downtown South Bend.

The hydro facility is one aspect of Notre Dame’s overall sustainability strategy, which, consistent with its Catholic mission and values and the pope’s encyclical on climate change, seeks to reduce campus carbon emissions to net zero by 2050.

The team that led the ND Hydro project was honored on the field during the Notre Dame versus Stanford game for exemplifying the University’s core values and receiving the Presidential Team Irish Award.