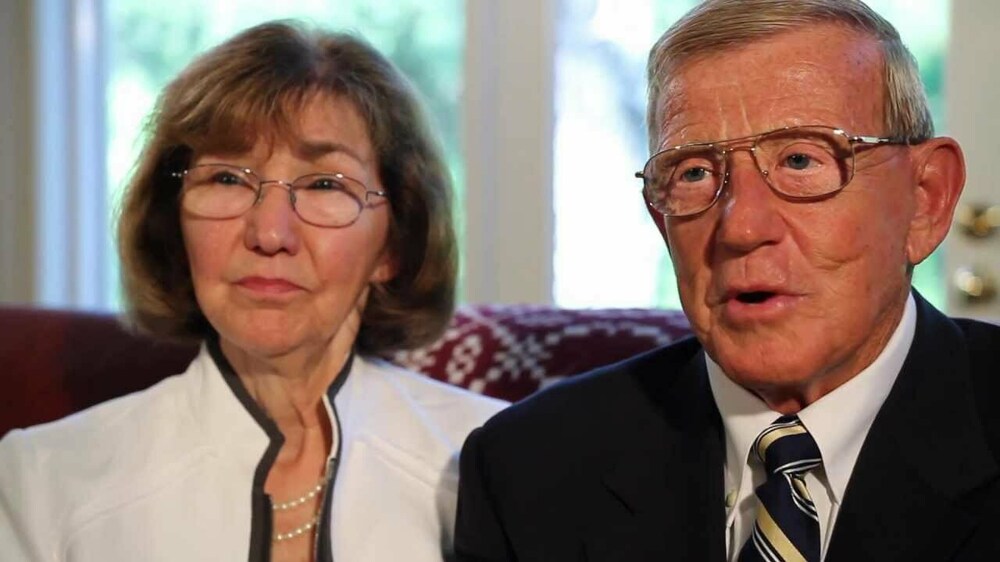 Over the last five years, the University of Notre Dame’s Hesburgh Library has undergone a comprehensive interior renovation to transform the spaces used by students, faculty and staff and meet the rapidly changing technology demands of the 21st century.

Now with a generous gift from former Notre Dame football coach Lou Holtz in memory of his wife, Beth, one of the final areas of the library in need of renewal, the Grand Reading Room, will undergo a dramatic redesign.

“Lou and Beth had a very special relationship with Father Ted, and this gift is the most thoughtful and inspiring way for Lou to memorialize both his dear wife and his good friend,” Notre Dame President Rev. John I. Jenkins, C.S.C., said. “Education and faith were so important to Beth, and now the Grand Reading Room will forever honor her devotion to learning.”

Hired by University President Rev. Theodore M. Hesburgh, C.S.C., in 1986, Holtz coached the Fighting Irish through 1996. During his 11 years at the helm, he amassed a record of 100-32-2 and led Notre Dame to the national championship during its undefeated 1988 season. The first coach in NCAA history to lead six different programs to bowl games, Holtz is the only coach to guide four different programs to final Top 20 rankings.

After more than three decades as a head coach, he finished his coaching career with a 249-132-7 record. Since retiring from coaching, Holtz enjoyed an illustrious college football broadcasting career including work for CBS Sports, ABC and ESPN. He was elected to the College Football Hall of Fame in 2008, received an honorary doctor of laws degree from Notre Dame in 2011 and was awarded the U.S. Presidential Medal of Freedom in 2020.

“The only thing more important to Beth than her children was her faith in our Lord,” Holtz said. “She was a humble person and would not approve of her name being honored. She would strongly endorse the fact that the Notre Dame students can learn in a wonderful environment. She cherished the numerous visits we had with Father Ted. She did so much for others but never wanted to receive recognition for her efforts. The only approval she wanted was from God. The two most religious people I have ever known were Beth and Father Ted. I appreciate their names will be linked together for the welfare of the students.”

Beth Holtz passed away June 30, 2020, at age 82. She devoted much of her time to volunteering and charity work, including work with the No-One Dies Alone program at the Orlando Regional Hospital.

The couple founded the Holtz Family Foundation in 1998, promoting education, religion and charity. The foundation has provided funding for trade scholarships, Christian ministries and homeless centers. A shelter in Columbia, South Carolina, is named in their honor, and they have been longtime supporters of the Center for the Homeless in South Bend. Multiple Catholic universities have received financial support from the foundation, and the Holtzes received the Notre Dame Prize for Catholic Education in 2015. In honor of Holtz, and to preserve his legacy, former players founded Holtz’s Heroes, formerly Lou’s Lads, a charitable foundation to provide financial assistance for the education and needs of underprivileged students and legacies.

At Notre Dame, the Holtzes have supported the Rockne Heritage Fund, which underwrites financial aid to Fighting Irish student-athletes, and in 1991 they established the Lou and Beth Holtz Family Scholarship, which assists deserving undergraduate students with financial need. They also served as members of Father Jenkins’ Cavanaugh Council, and funded the renovation of the chapels in the Breen-Phillips, Morrissey and St. Edward’s residence halls and created the Liz Holtz Endowment for Excellence for Lyons Hall to provide an annual operating budget and for future needs and enhancements for residents of the hall.

In 2011-12, the couple was named the University’s first “ambassadors for research” and took a prominent role in increasing awareness of Notre Dame’s research mission. They took a particular interest in cancer research after Beth was diagnosed with a rare form of cancer in 1997. She recovered after being given a 5 percent chance of survival.

Beth was the recipient of an honorary monogram from Notre Dame in 2008.

Originally published by Notre Dame News at news.nd.edu on September 20, 2021.