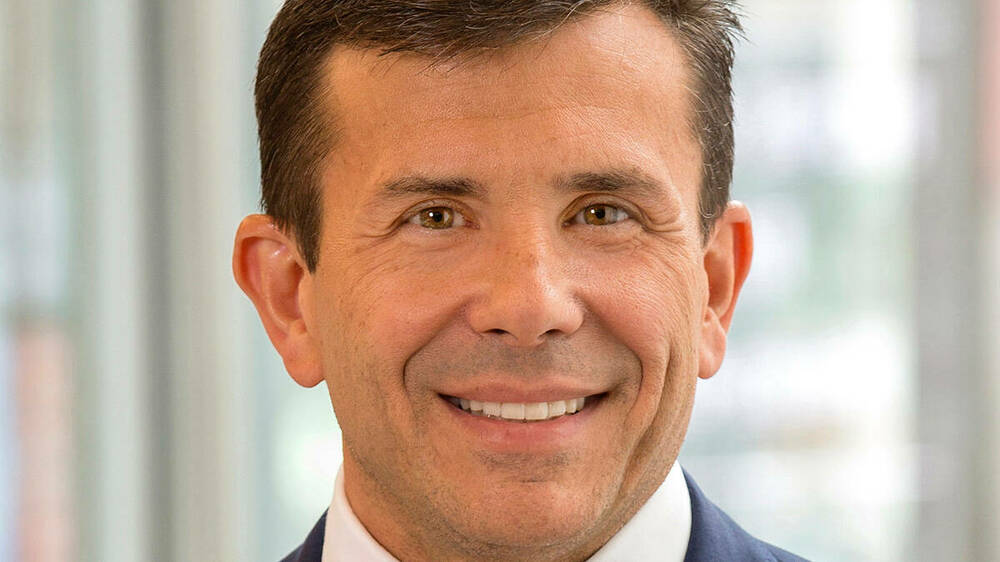 John F. Crowley, a University of Notre Dame alumnus and parent whose pursuit of a cure for the rare disease that afflicts two of his children was portrayed in the major motion picture “Extraordinary Measures,” will be the principal speaker and receive an honorary degree May 29 at a special commencement ceremony for the University’s Class of 2020.

“John’s example of courage, faithfulness, integrity and compassion is an inspiration to us all,” the University’s president, Rev. John I. Jenkins, C.S.C., said. “His perseverance in the face of adversity and selfless dedication to being a force for good in the world make him an ideal speaker for this very special class of graduates.  I am grateful that he has accepted our invitation and look forward to hearing his powerful message.”

Due to the COVID-19 pandemic, Notre Dame canceled the 2020 University Commencement Ceremony and conferred degrees on the graduates in an online event. The 2020 Class will be honored with a variety of events on campus the weekend of May 27 to 30, culminating in a commencement ceremony in Notre Dame Stadium.

Raised in Bergen County, New Jersey, Crowley faced adversity early in life at age 7 when his father, an Englewood, New Jersey, police officer, died in a tragic accident while on duty. Crowley earned his bachelor’s degree in foreign service from Georgetown University, a law degree from Notre Dame, and a Master of Business Administration degree from Harvard Business School. He practiced law and worked in management consulting until 1998, when he and his wife, Aileen, learned that their then 15-month-old daughter Megan had a rare and fatal neuromuscular genetic disorder called Pompe disease.

Caused by a gene mutation, the disease affects the ability of cells to break down the sugar glycogen in muscles. The condition leads to progressive muscle weakness and the swelling of vital organs such as the heart, as well as serious breathing problems. Megan’s younger brother Patrick also was diagnosed with the disease, and the family was told that it was unlikely either child would live more than a few years.

Determined to do everything they could to change this outcome, the Crowleys soon began to raise funds and collaborate with experts in an effort to develop a medicine to treat Pompe. Crowley took a position in the pharmaceutical industry, and, desperate to beat the disease, in 2000 left the security of that position to help co-found Novazyme Pharmaceuticals, a start-up biotechnology company. Initial funding for the business came from a home equity loan on their new family house and cash advances on their credit cards.

Novazyme grew to more than 100 employees within 18 months and was acquired by Massachusetts-based biotechnology company Genzyme, which had proven success in getting medicines for rare diseases through the Food and Drug Administration approval process and to patients. Genzyme eventually produced a life-saving medicine for Pompe disease called Myozyme.

In 2003, Megan and Patrick took part in a clinical study of Myozyme and improved almost immediately. Within six infusions over the first several months of treatment, their dangerously enlarged hearts returned to normal size, and they gained functional muscle strength. The medicine Crowley helped to develop saved his children’s lives and the lives of thousands of others worldwide. More than 3,000 people living with Pompe in the world today currently receive bi-monthly treatments of the approved medicine that is now called Lumizyme.

Following Novazyme and Genzyme, Crowley went on to found Amicus Therapeutics, a biotechnology company developing medicines for people living with rare and devastating diseases, including a potential next generation medicine for Pompe.  Since 2005, as chairman and chief executive officer, Crowley has overseen the growth of Amicus from a five-person start-up to a global biotechnology company with 500 employees and operations in more than two dozen countries.

Crowley also has been a leading voice globally for universal access to medicines, especially for children, people living with rare and other life-threatening diseases and those living with disabilities. In 2020, he was the co-author of “A New Commitment to Patients,” in which he advocated for a “moral obligation” of the biopharmaceutical industry to ensure that medicines reach every person who can benefit. More than 200 biotechnology CEOs endorsed this new commitment.

The Wall Street Journal Pulitzer-Prize winning journalist Geeta Anand began chronicling the Crowley family’s journey in 2001 and, in addition to her articles in the newspaper, wrote a book titled “The Cure: How a Father Raised $100 million — and Bucked the Medical Establishment — in a Quest to Save his Children.” That in turn led to the 2010 movie, “Extraordinary Measures,” starring Harrison Ford, who also produced the film, Brendan Fraser and Keri Russell. Crowley wrote a memoir titled “Chasing Miracles: The Crowley Family Journey of Strength, Hope and Joy.”

Crowley also served from 2005 to 2016 with the United States Joint Special Operations Command as a commissioned intelligence officer in the U.S. Navy Reserve. He is a veteran of the global war on terrorism with service in Afghanistan, where he served in 2011 as the Deputy Chief of Intelligence with an elite special operations task force.

The Crowley family received the 2011 Family Exemplar Award from Notre Dame, and John is a member of the University’s College of Science Advisory Council. John and Aileen have been generous supporters of Notre Dame Law School and the College of Science as well as residential life, veteran’s initiatives and financial aid for Notre Dame students. He is a former national chairman of the Make-A-Wish Foundation of America, a founding board member of the Global Genes Project, a Henry Crown Fellow at the Aspen Institute and a trustee of the United States Naval Academy Foundation.

Megan Crowley earned a bachelor’s degree from Notre Dame in 2019 and a master’s degree in social work in 2021 from the University of North Carolina at Chapel Hill. She now works as a social worker at her former middle school, alongside the faculty who supported her years ago. (A 2017 Notre Dame feature story on her is here.) Patrick is now 23, and older brother John Jr. is 27.

Originally published by Dennis Brown at news.nd.edu on March 30, 2022.