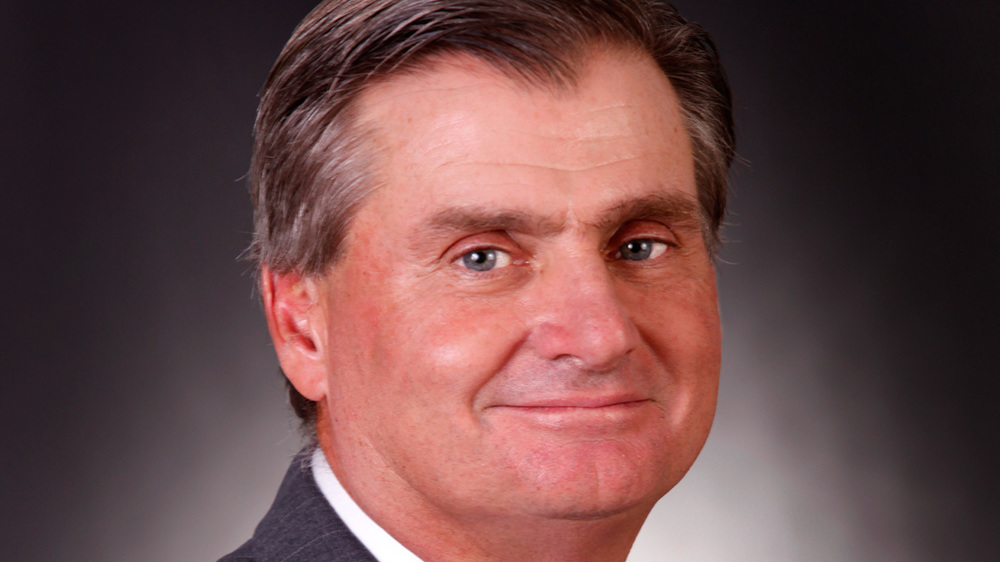 Jimmy Dunne, a University of Notre Dame Trustee and alumnus who in the aftermath of the terrorist attacks on Sept. 11, 2001, led the recovery of his company while also providing compassionate and meaningful care to the families of the firm’s employees who lost their lives, will serve as the principal speaker and receive an honorary doctor of laws degree at Notre Dame’s 176th University Commencement Ceremony on May 23. The ceremony will be held in-person for graduates and a limited number of guests in Notre Dame Stadium.

“At a time when our graduates have had to show remarkable resilience in the face of the adversity of the COVID-19 pandemic, Jimmy is someone who personified resilience in the aftermath of the tragic events 20 years ago,” Notre Dame President Rev. John I. Jenkins, C.S.C., said. “Through his example, as well as his words, he will send off our graduates with a powerful message about commitment, honor, integrity and perseverance.”

As one of the senior managing partners of Sandler O’Neill, Dunne was attempting to qualify for the U.S. Mid-Amateur golf tournament when the attack on the World Trade Center occurred the morning of Sept. 11.  Of the 171 Sandler O’Neill employees, 68 lost their lives that day, including Dunne’s mentor, Herman Sandler, and his best friend, Chris Quackenbush.

Dunne was determined to rebuild the firm. He took decisive action to care for the families of employees who died by paying the salaries and bonuses of those who perished, providing health care to the families and creating a college scholarship fund for the children who lost a parent. To date, the Sandler O’Neill Assistance Foundation is well on its way of providing full tuition for all of the children to attend colleges and universities across the country, including Notre Dame.

When asked why he and others at the firm made the commitment to employees’ families, Dunne said: “We believed that what we did would echo for a hundred years in the families of our people, their kids and their grandkids. We knew how we conducted ourselves in those first few hours and days would define who we really were and what we stood for. If we were not honorable, then we stood for nothing.”

Dunne has been a Notre Dame Trustee since 2010 and was chair of the University’s recent Boldly capital campaign. He and his wife, Susan, underwrote the construction of Dunne Hall, a men’s residence hall that opened in 2016, and were among the benefactors to the Irish Athletics Center, a practice facility for the football and soccer teams, and Rolfs Athletic Hall, the practice home for the Irish men’s and women’s basketball teams. Dunne was awarded an honorary monogram by the athletics department in 2019.

Along with their friends Rich and Connie Riley, the Dunnes endowed the Ann F. Dunne and Elizabeth M. Riley Director of Notre Dame’s Harper Cancer Research Institute to memorialize Jimmy’s and Rich’s mothers, both of whom lost their lives to cancer.

The Dunnes are the parents of three children, 2016 and 2019 Notre Dame graduates James and Christopher, and Jacqueline.

Thomas G. Burish, the Charles and Jill Fischer Provost of Notre Dame from 2005 to 2020, also will receive an honorary degree at the University Commencement Ceremony. As the University’s provost, or chief academic officer, Burish worked with the deans, faculty, administration and others to advance Notre Dame’s role as a preeminent research university with a distinctive Catholic character that provides an unsurpassed commitment to undergraduate and post-baccalaureate education. In doing so he oversaw the many academic offices, programs and initiatives led by the Provost’s Office, including colleges and schools, institutes and centers, libraries, student advising, admissions, financial aid, the Registrar’s Office, Snite Museum of Art and DeBartolo Performing Arts Center.

Among the many notable advances made during Burish’s 15 years as provost were the doubling of research expenditures; investments in research clusters devoted to areas such as nanotechnology, global health, the environment, and advanced studies; creation of the Harper Cancer Research Institute and the IDEA Center at Innovation Park; strengthening of international programs through the creation of Global Gateways in Beijing, Dublin, Jerusalem, London and Rome; and the establishment of the Donald R. Keough School of Global Affairs, the first new college or school at Notre Dame in nearly a century.

Carla Harris, vice chairman of wealth management and senior client adviser at Morgan Stanley — as well as a celebrated gospel singer, speaker and author — will be awarded Notre Dame’s highest honor, the Laetare Medal, the oldest and most prestigious honor given to American Catholics.

Notre Dame’s commencement Mass on May 23 will begin at 9:30 a.m., followed by the University Commencement Ceremony at 11 a.m. Health and safety protocols, ticketing and other details are available here.

Originally published by Dennis Brown at news.nd.edu on May 11, 2021.