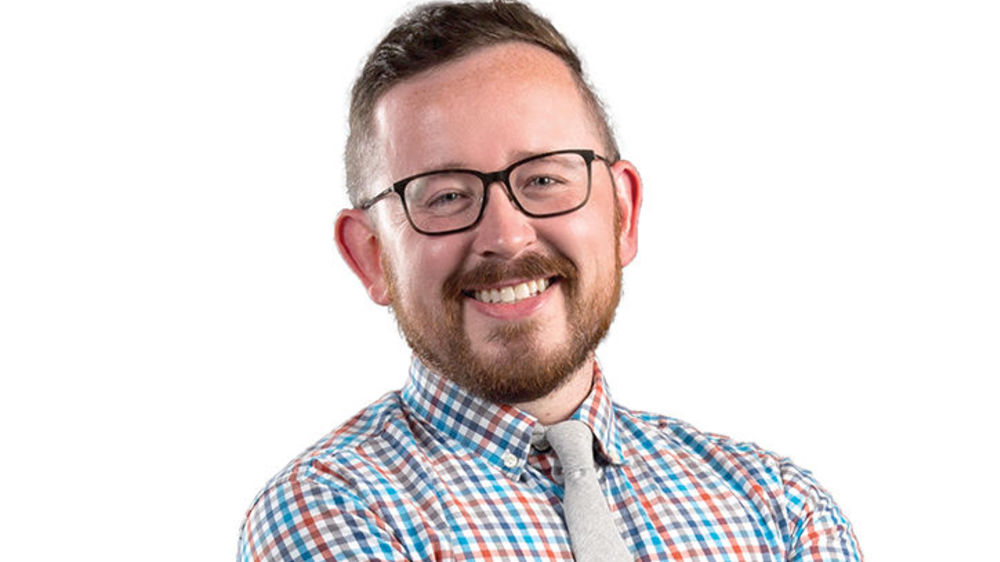 Kyle Sturges was born and raised in south central Indiana and holds both undergraduate and graduate degrees from Indiana University.

As an undergraduate, he spent a year studying in Madrid, Spain. As a graduate student, he taught Spanish culture and administered an Indiana University Honors Program in Foreign Languages in Valencia, Spain.

“When I left for my year abroad, it was the first time I had left the country. I was a shy, quiet picky eater from Shelbyville, Indiana. It was through my time in Madrid that I was first exposed to the benefits of global citizenry and learned how to navigate a multicultural environment. It also whetted my appetite for exploring the unknown and not being afraid to try new things, especially food. Food brings folks together, and there’s no better way to learn about culture than through a meal with locals.”

After completing his degrees, Kyle worked at IU as a study abroad adviser, then moved on to work at the University of Maryland for two years, advising for study abroad programs in Spain, Portugal, Latin America and the Caribbean. “Then I decided it was time to come home — I’m a good Midwestern boy and my family still lives in Indianapolis,” he says. He joined the University in January 2016 and works in Undergraduate Admissions as senior assistant director of international admissions.

Kyle describes himself as an avid traveler — he’s visited upward of 20 countries.

The intensive two-week program gave Kyle the opportunity to visit higher education systems in Tokyo, Kyoto and Hiroshima and attend briefings with faculty and administrators, government officials and education experts at both public and private institutions, in addition to tours of historic and cultural sites. Notre Dame, he notes, facilitates a number of study abroad programs in Japan, with nearly 50 students participating through Notre Dame International annually (both Notre Dame students studying abroad and students from Japan studying on campus).

“As a Fulbrighter, I was able to experience Japanese higher education onsite and in person. It was interesting to learn about different views on student support, postgraduate education, and unique traditions and culture of higher education in Japan. It also allowed me to develop a better understanding of what my students choosing to study in Japan could anticipate. But, just as importantly, it provided me context to consider for Japanese students coming to study in the U.S.”

In addition to his internationally focused work, Kyle is committed to other forms of cultural competency.

“After returning from Spain, I realized just how much I had grown as a person and how my interests and understanding of the world had shifted. It was that catalyst that led me into my first job in International Education with IU’s Office of Overseas Study. Without studying abroad, I don’t know if I would have been exposed to the breadth of cultures and individuals from different backgrounds that allowed me to start developing my own intercultural competency. There is never just one voice in the room, and every voice matters.”

Being at Notre Dame, he says, “I’ve found I have a lot of passion and drive in working with underrepresented students — first generation, LGBTQ, students of color. Notre Dame has an eye toward diversity, and I’ve found acceptance here.”

For faculty and staff, he founded Spectrum, the University’s LGBTQ and Ally Employee Resource Group. The group is inclusive and open to all, and “it would be great to get more members in the group.” Those interested can email him at kyle.sturges@nd.edu.

In his spare time, Kyle likes to cook and bake. (Of course, he’s a fan of PBS’s “The Great British Baking Show.”)

“I mostly make desserts — cupcakes, cakes and brownies. And wherever I travel, I like to pick up a local cookbook, even if it’s in a foreign language.”

He also is a proud “doggie daddy” to Wesley, a Boston terrier, and Leroi, a French bulldog.