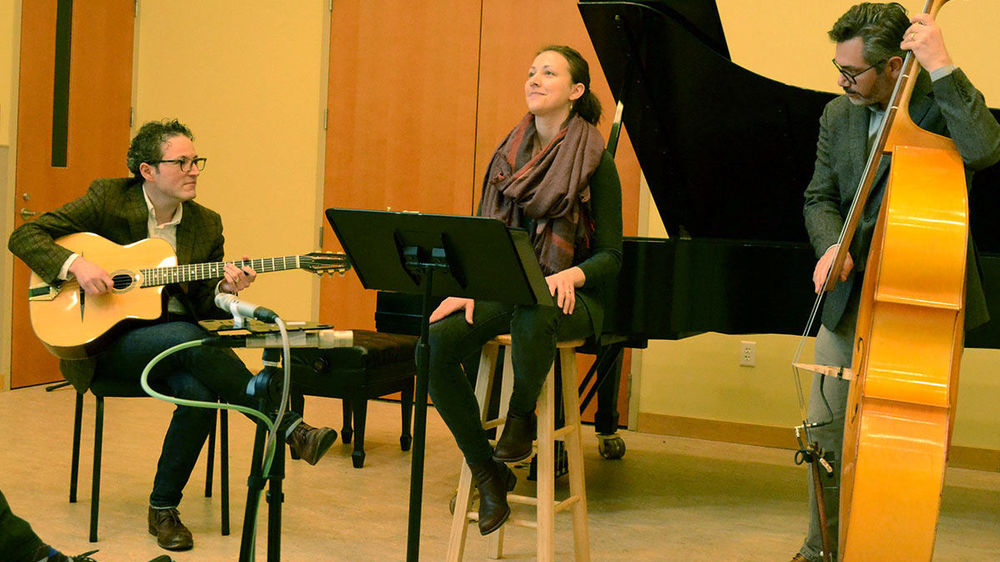 Consider it a talent show for adults: “Hidden Talent Tuesday” is the brainchild of Norman Vesprini, piano technology program manager in the Department of Music. The lunchtime performance, held for the first time this semester, offered faculty and staff the opportunity to showcase their often lesser-known abilities for the campus community. It’s an event Vesprini hopes to repeat. 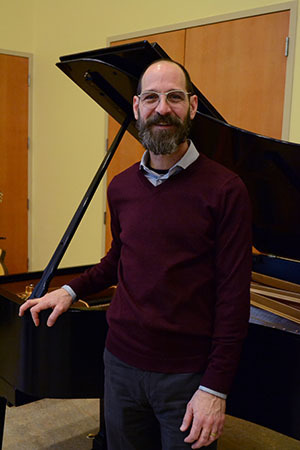 Performances ranged from jazz to 16th-century madrigals to poetry in front of an enthusiastic audience that filled the Penote Performer’s Hall in DeBartolo Performing Arts Center.

As piano technician, Vesprini is responsible for tuning and maintaining nearly 100 pianos on campus, including those in Coleman-Morse and the residence hall chapels. His job is split between the Department of Music, Sacred Music at Notre Dame and the Division of Student Affairs.

Vesprini, who joined the University in 2016, is also a pianist who holds two degrees in music. He quickly realized that there are a number of others on campus with talent. “Why don’t we get to perform?” he wondered. He put together a steering committee and recruited performers, and the result was the first Hidden Talent concert on Feb. 12.

Vesprini performed Four Preludes, Opus 22 by Aleksandr Scriabin, noting that it’s an unusual concert pianist who tunes the piano and then performs on it the same day.

Hidden Talent Tuesday, says Villano, “is a fabulous idea. On campus there are so many talented people that don’t use their training and creative talents in their jobs. It’s a great opportunity for us to share these gifts with the Notre Dame community.”

Martin and Villano are members of Collegium Musicum, a vocal ensemble that specializes in medieval, Renaissance and Baroque music, as well as the Basilica Schola, an unaccompanied liturgical choir composed of a select group of faculty, staff and undergraduate students that sings for Sunday Vespers at the Basilica.

Violinist Daniel Stein, O’Neill Hall technician and production coordinator, played a piece titled “Esther” with his wife, violist Rose Wollman, the Ritornello Ensemble Coordinator for Sacred Music at Notre Dame. The piece was named after the mother of Wollman’s teacher, Atar Arad, who sent them the composition as a gift when the Stein and Wollman’s daughter, also named Esther, was born.

Gayle Staci Carter, department coordinator for Africana studies, read her poetry. She’s been writing it for about 20 years, and has read her poetry before at some open mic nights. “I hope more people get involved with the show,” she says. “It was a lot of fun, and very easy to participate in.”

Lesley Sullivan Marcantonio (vocalist), Joseph Rosenberg (guitar) and Anthony Monta (bass) performed some swinging Italian jazz. Marcantonio, assistant professional specialist in Italian, teaches Italian through music, from opera to folk to pop. For the past three years, she’s produced a concert of live Italian music with Monta, Rosenberg and other faculty, which last year filled the Leighton Concert Hall with an audience of 850. Rosenberg, a literary critic and cultural historian, is assistant professor of the practice in the Program of Liberal Studies; Monta is associate director of the Nanovic Institute.

The trio performed several songs, including “Nessuno,” made famous by singer Mina (Anna Maria Mazzini), one of the most beloved performers on the Italian pop music scene in the ’60s and ’70s. “No one, I promise you, no one, not even destiny, can separate us, because this love, given to us from above, will live forever.”

The performance is a great community-building tool, says Vesprini. Interested in showcasing your talents for a future Hidden Talents Tuesday? Contact Vesprini at nvesprin@nd.edu.

Today’s Not A Good Day 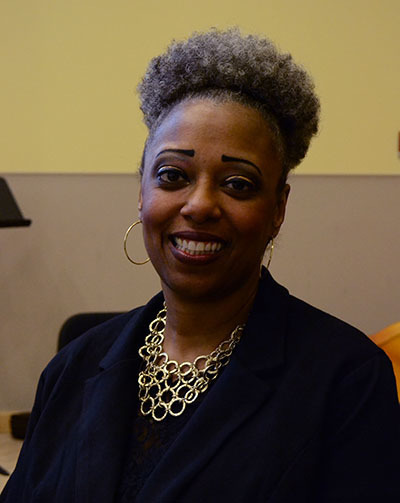 To discuss the latest police killing

As my soul is so tired & unwilling

Teetering on the edge of possibly spilling

... emotions too deep to utter aloud.

To reflect on all the murders

As my responses would be
deemed as lethal,

Yet, another deadly sequel,

To try to understand ‘their’
point of view,

To demonize the victim in the news,

It’s really all about the hue,

...black is still the same black that
forced my ancestors here,