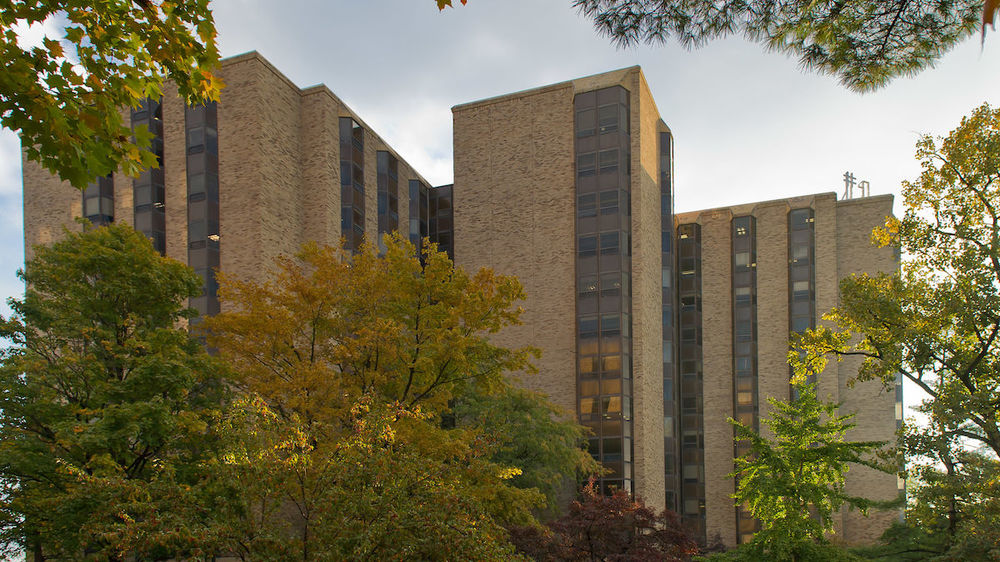 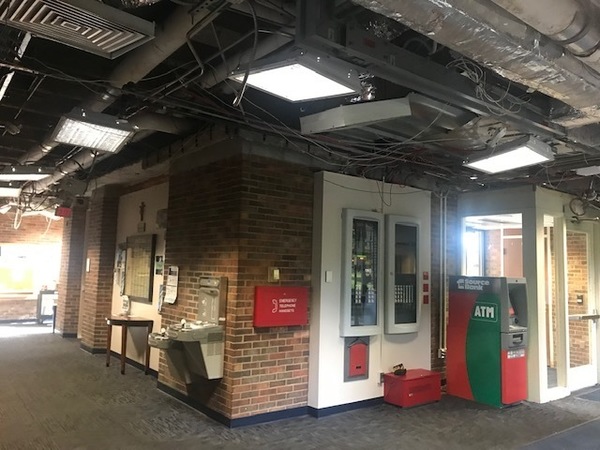 This summer, the lobby of one of the busiest and most populated administrative office buildings on campus is getting some attention. Renovations have begun on the first-floor lobby of Grace Hall. According to the Division of Facilities Design and Operations, the work will be done in phases. Last weekend, crews removed the suspended ceiling and this week, in the evenings, painters will give the walls a fresh coat of color.

The next step will be the installation of a new suspended ceiling along with LED lighting. Over the next four weeks, crews will replace the carpet and install new signage and an updated directory.

Later this summer, the women’s and men’s restrooms off the first-floor lobby will closed for three weeks for a full renovation. The restrooms in the basement will be available for use during that time.

Grace Hall one of the most visited halls since it houses Human Resources (HR) and the popular Café de Grasta.