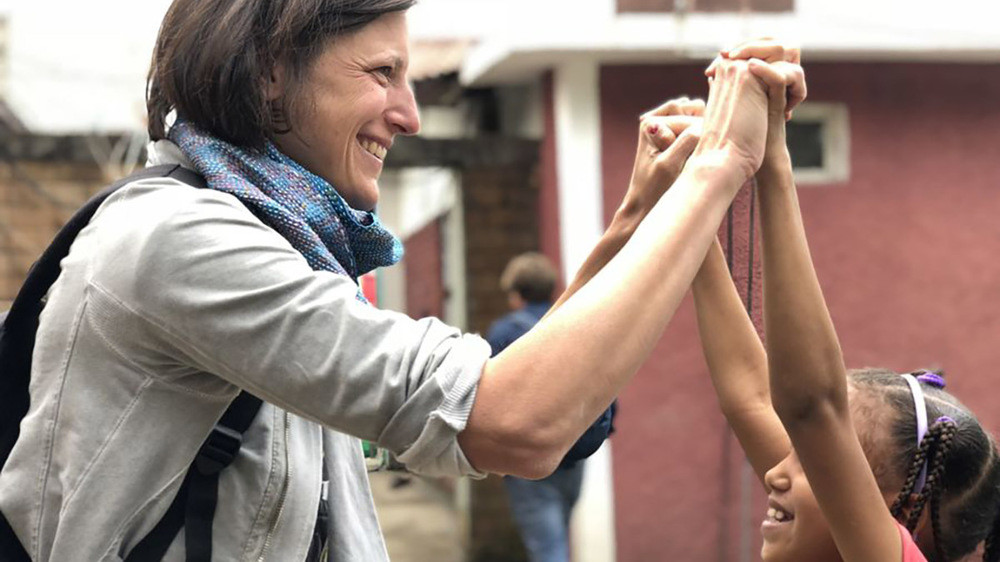 The research focuses on one particular corridor, extending from Ethiopia to Italy. In January 2017, the Italian Bishops’ Conference and three nongovernmental organizations — Caritas Italiana, Migrantes and Sant’Egidio — signed an agreement with the Italian government to introduce a safe passage for 500 Eritreans, South Sudanese and Somalis (Christians and Muslims) to resettle from Ethiopian refugee camps to communities in Italy.

Schnyder’s research will analyze and evaluate the integration experience of the 500 refugees into Italian society over a period of five years.

“Our research will shed light on the wider context of the role of religion, faith and dignity in one of the most pressing political and social challenges of our times, namely international migration,” says Schnyder.

Pope Francis has called on the Church to accompany and serve immigrants, actions that Schnyder’s research also examines.

“The role of accompaniment, the reality of encounter between refugees and their Catholic hosts, and the general cultural context is of special interest to us,” Schnyder notes.

Since November 2017, approximately 150 refugees arrived to Italian shores in separate flights. Schnyder, together with Caritas and Sant’Egidio volunteers, is accompanying them from Ethiopia to Italy, meeting them in the refugee camps and witnessing their pre-departure cultural orientation.

Upon arrival to Italy, refugees are located and welcomed into local communities, families, churches, schools and dioceses. Schnyder, as part of her research, will follow them during their integration period, through a variety of narratives and daily experiences of both beneficiaries and communities in different geographical contexts. She says refugees are welcomed in all sorts of realities, from rural to urban, from southern to northern Italy, with clear diverse reactions of locals and volunteers.

“Sorrento, the famous tourist town overlooking the Bay of Naples, for instance, has welcomed a big group of refugees,” says Schnyder.

“Being a small town, it is not used to witnessing migration episodes, and everyone reacted with fear and closure, especially hotel owners scared for their business. I happened to know one of the owners and suggested that he organize a meeting with all the hoteliers and the ‘new citizens of Sorrento,’ to ask them all the questions they had and dissolve the fear of the unknown.”

Schnyder says this is something possible only in small municipalities or towns, whereas bigger cities, such as Rome, are more likely to be distant although more welcoming to refugees. The project is taking her all over Italy to meet the communities and interview the people involved.