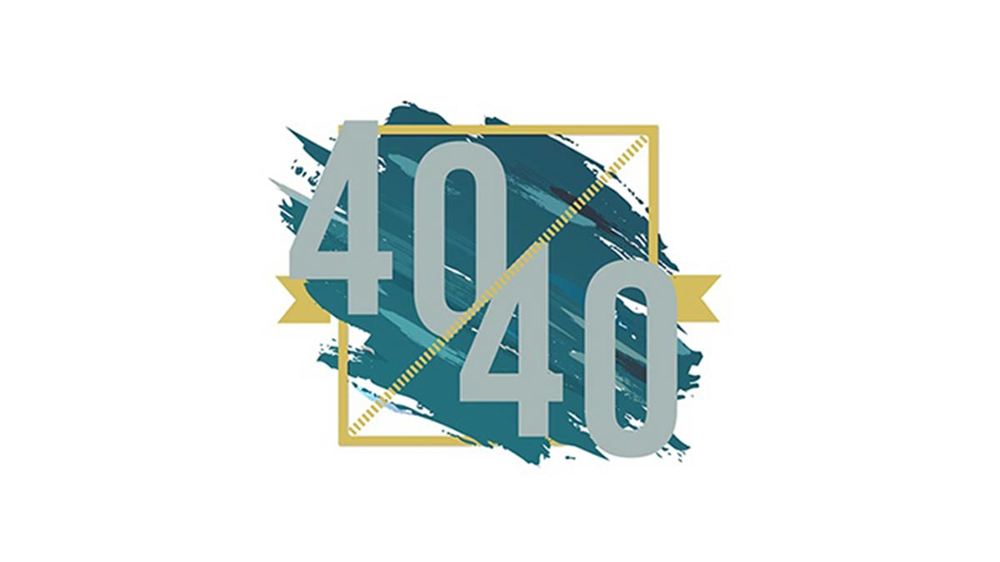 A blend of dedication to the community and a joyful work ethic landed four Notre Dame professionals into the 2018 Michiana Forty under 40 class.

The inductees include Nick Shelton, associate director for the Cavanaugh Council and the President’s Circle and mayor of the city of Niles; Regan Jones, director for military and veterans affairs; Nancy Michael, assistant teaching professor and director of undergraduate studies, neuroscience and behavior; and Jenifer Prosperi, adjunct assistant professor in the Department of Biological Sciences and member of Harper Cancer Research Institute, as well as assistant professor of biochemistry and molecular biology, Indiana University School of Medicine–South Bend.

The local Forty under 40 program is in its 12th year, and recognizes the area’s most talented and dedicated young executives, professionals and leaders who demonstrate career success and community engagement.

It’s been a busy couple of years for Nick Shelton. He won the mayoral race in Niles, Michigan in November 2016 and was sworn in as mayor a week later. The following November, he joined Notre Dame’s Development team.

“I work with the Cavanaugh Council and President’s Circle as a storyteller and marketer. I share the impact the members of those two recognition societies are having on students at the University, and all over the world,” says Shelton. “I love hearing the stories of students, and sharing those stories with the benefactors who have helped to make their Notre Dame experiences possible.”

Getting to know people is what energizes Shelton, and people appreciate that.

“In the summer of 2016 I must have knocked on 1,000 doors," he says. "I met hundreds of Niles residents. Over cups of coffee, I shared my vision for the future of our city. I listened to their needs and heard their suggestions. Slowly but surely, I earned their trust and built my credibility. And I made it my mission to outwork my opponent. I was elected mayor in 2016 with 76 percent of the vote. It was the highest voter turnout ever in a Niles Mayoral election.”

The previous mayor of Niles is also a Notre Dame employee. Mike McCauslin, senior associate director of risk management, served the city as mayor for 17 years and as a city councilman for eight years before that. He did not seek re-election.

Shelton is a familiar name in Niles. Just over the state line where Indiana State Road 933 changes to 11th Street, Shelton’s Farm Market is a regional treasure. To Nick Shelton, it’s also the family business.

“At Shelton’s, the customer is No.1. What has always set Shelton’s apart from other places is friendly, old-fashioned customer service. Helping others is the name of the game. This mindset has translated from the family business to being mayor to my role at Notre Dame.”

The Office of Military and Veterans Affairs (OMVA) at Notre Dame launched in September 2017 with Marine veteran Regan Jones at the helm. Providing strategic direction on behalf of the provost for the University’s veteran and military-related programs, Jones works closely with faculty, administrators and staff.

Simply put, it’s Jones’ job to ratchet up the recruitment of veterans to
Notre Dame.

He notes that veterans bring diversity of thought and firsthand experience into the classroom, as well as self-discipline and a dedication to teamwork. He says professors have told him, “We love these students and want more of them.”

Jones volunteered for the Marines after college, inspired after the 9/11 attacks his senior year. He was deployed to Iraq near Ramadi, where he was hit by IEDs twice. He received a Purple Heart for gunshot wounds in the shoulder.

A former Division I athlete, with degrees from the University in
Albany-SUNY and Florida State University, Jones is leading the University’s first Storm the Stadium event on Wednesday, July 4. The stair climbing challenge and walk will be held in Notre Dame Stadium. “It’s a family-fun event with activities for all ability levels and ages. There will even be inflatables on the field for children,” he says. All proceeds will go to the Notre Dame Veterans Fund, which helps offset tuition and living costs for military-connected students to continue their education at Notre Dame.

Known in the College of Science for her down-to-earth, unique teaching style, Nancy Michael takes students in her Intro to Neuroscience Lab class for a day of cardio at the gym, relating what they learned back to science of the brain. “She makes each lesson relevant to the world at large,” says Meredith Hollender ’18, who recently graduated with a degree in neuroscience and behavior.

She also gives freely to the community when called upon to share her knowledge, says Sunny Boyd, professor of behavioral neuroendocrinology in the Department of Biological Sciences. Michael involves undergraduates with the Robinson CommunityLearning Center, the Juvenile Justice Center and the South Bend Community School Corp., and also holds public “brain awareness” events.

Michael earned her doctorate in just four years from the University of Minnesota, Twin Cities. The program usually takes five years to complete.

She is fascinated by things like how children who grew up in close proximity, with similar family situations, can experience varied degrees of success by their late 20s.

“In ‘neuroscience speak,’ it’s about the difference between motivated behavior, habit behavior and decision making … and neural mechanisms that are involved in all those different components.”

“We’re trying to understand why they’re developing resistance. If we can understand why, then hopefully we can target some of those pathways to prevent resistance,” says Prosperi, who earned her doctorate in integrated biomedical science from Ohio State University in 2006. A breast cancer researcher, Jenifer Prosperi focuses her work on chemotherapy resistance, particularly in a type of cancer called triple-negative breast cancer. This type of cancer does not respond to hormonal therapies. It is treated by broad-spectrum, conventional chemotherapies that work well initially. Later, however, the cancer develops resistance to those treatments.

Emily Astarita ’20, a biochemistry and supplemental Spanish major, works in Prosperi’s lab and described her as enthusiastic and encouraging.

“Professor Prosperi inspired me to take on a project by showing me the importance of the work and the potential significance of our findings to help cancer patients,” Astarita says. “She showed me that even if the project is unsuccessful, we will be able to learn from it.”

All the inductees expressed gratitude for being selected as one of this year’s Forty under 40 in Michiana. But they’re not letting the honor go to their heads.

“They key is making sure I stay the same person who earned it in the first place,” Michael says.

Brendan O’Shaughnessy and Gwen O’Brien contributed to this story.