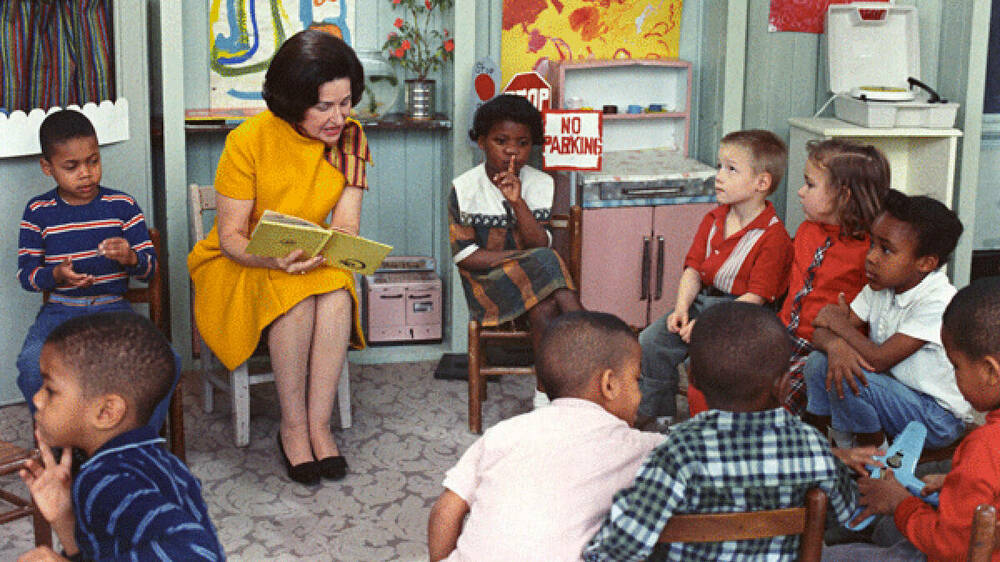 New research is the first to show large-scale intergenerational effects of the federal Head Start program that launched in 1965 as part of President Lyndon B. Johnson’s War on Poverty. The program continues to this day and serves children from low-income families and disadvantaged circumstances.

When assessing the children of the first generation of Head Start participants, researchers Chloe Gibbs, assistant professor of economics at the University of Notre Dame, and Andrew Barr at Texas A&M saw decreases in teen parenthood (by 8 percentage points) and criminal engagement (by 13 percentage points) and increases in educational attainment (high school graduation by 11 percentage points and college enrollment by 18 percentage points), which correspond to an estimated 6 to 11 percent increase in wages through age 50. The study also revealed improvement in the home environment and second-generation preschool participation that precede improvements in self-esteem, reductions in grade repetition and lower criminal engagement in adolescence. Their paper, “Breaking the Cycle? Intergenerational Effects of an Anti-Poverty Program in Early Childhood,” was published in the Journal of Political Economy.

“These results imply that cost-benefit analyses of Head Start and similar early childhood interventions underestimate the benefits of such programs by ignoring the transmission of positive effects across generations,” the pair wrote. “This finding has important policy implications for optimal investment in these types of programs. Each disadvantaged child society helps now will lead to fewer who require assistance in the future.”

As the War on Poverty began, Johnson said in his 1964 State of the Union address, “Our aim is not only to relieve the symptom of poverty, but to cure it and, above all, to prevent it.” Gibbs emphasized that their research shows that Head Start essentially pays for itself via the progress that second-generation Head Start children have made. Gibbs and Barr used data from the 1979 cohorts of the National Longitudinal Survey of Youth, in addition to data from the National Archives and Records Administration on the early Head Start program.

“It’s important to study this kind of intergenerational impact to understand how programs affect the cycle of poverty,” Gibbs said. “Head Start set the first-generation kids on a different trajectory, and now their kids are better off. I think this is exactly what we hope to do through these kinds of social programs.”

The evaluation of this program is significant because it is an example of federal resources going to those most in need. The population Head Start served in the 1960s was extremely vulnerable, with median incomes less than half the national average. Up to 17 percent of families reported having no running water inside the home. Approximately 25 percent of Head Start participants lived in female-headed households and 65 to 70 percent of mothers had less than a high school education and were unemployed. Few children in general participated in any kind of structured preschool, and publicly funded kindergarten was not established nationwide. Head Start has grown from 400,000 initial participants to nearly a million today.

“It is a rare policy opportunity for us to both enhance equity by targeting resources to the most disadvantaged and to generate these kinds of social returns,” Gibbs said. “More education, less crime and less likelihood of teen pregnancy creates more stable, tax-paying citizens. It produces a substantial return on investment for the individual participants and families, and for our whole society.”

Many researchers have highlighted the importance of development in early childhood and the value of intervention during that critical time. Researchers know that children who meet established benchmarks through adolescence are more likely to become middle-class adults. Disadvantaged children, on the other hand, fall behind, missing benchmarks and the chance at rising in economic and social status.

“We demonstrate that our evidence, coupled with other work on the long-term effects of the Head Start program and the long-term and intergenerational effects of model preschool programs, reinforces the importance of early childhood investments for both those exposed to the programs and their children,” Gibbs and Barr wrote. “The existence of such spillovers suggests that a concerted effort to invest in one generation of impoverished youth could break the cycle of poverty and reduce the need to provide similar services to future generations.”

Originally published by Colleen Sharkey at news.nd.edu on June 21, 2022.