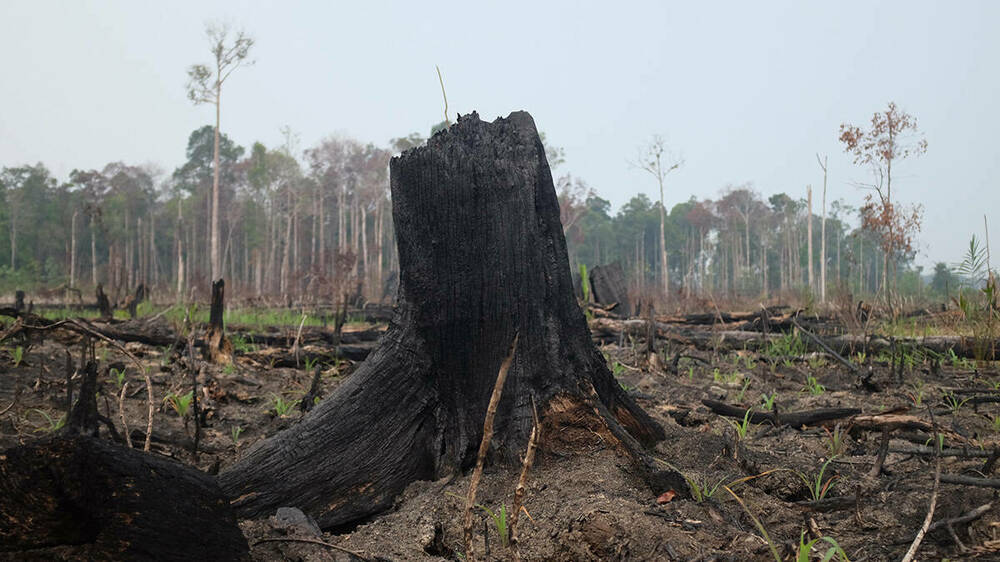 More than 100 world leaders have promised to halt and reverse deforestation by 2030, in the first major deal of the 26th United Nations Climate Change Conference (COP26) in Glasgow. Deforestation contributes to global climate change because it means forests can no longer absorb carbon dioxide, a greenhouse gas. Ending deforestation is necessary to meet global climate targets, but what might this deal mean for the more than 1 billion people worldwide — including many living below the international poverty line — who benefit directly and indirectly from woodlands?

In Pope Francis’ 2015 encyclical Laudato Si’, the pontiff specifically addressed how the effects of climate change are most egregiously visited upon the poor. “Both everyday experience and scientific research show that the gravest effects of all attacks on the environment are suffered by the poorest,” he wrote. The U.N. has long recognized this affront and set one of its Sustainable Development Goals to “end poverty in all its forms everywhere.” Dovetailing with the encyclical, this goal and the mission of the University of Notre Dame’s Keough School of Global Affairs to advance integral human development, Daniel C. Miller’s research on how forests contribute to human well-being prioritizes marginalized populations and poverty alleviation.

In the context of COP26, Miller, associate professor of environmental policy in the Keough School, and colleagues from 16 countries have published a special issue on “Forests, Trees and the Eradication of Poverty: Potential and Limitations.” This research extends and updates a 2020 global assessment report supported by the International Union of Forest Research Organizations. Collectively, the articles in the special issue consolidate available scientific evidence on the wide range of contributions forests and trees outside forests make to curbing poverty and on the effectiveness of diverse forest management policies, programs, technologies and strategies. The research is based on an understanding of poverty not only in terms of money, but also as an obstacle that keeps people from attaining the level of well-being they would like and participating fully in society.

“Knowledge of what climate change and deforestation are doing to the world’s forests is well-established, but we know much less about the social dimensions of forests — how they affect peoples’ livelihoods and well-being,” said Miller.

Miller and his colleagues highlight the uneven distribution of the harmful effects that deforestation has on local people who rely on forests. Their findings suggest the need for policymakers to put measures in place to ensure more equitable distribution of the costs and benefits of forest use, such as securing land rights for local and indigenous peoples and compensating them for lost access when forests they have traditionally managed are protected for conservation or, conversely, exploited for economic gain.

COVID-19 and global movements to address climate change, as well as systemic racism, have played a role in forest-poverty dynamics.

“These movements are spurring reflection on how forest conservation and management might become more inclusive and just, notably, by directly grappling with legacies of colonialism and dispossession that have disproportionately affected indigenous people and people of color,” Miller and his colleagues wrote. “The possibility of transformational change to more equitable, just and sustainable ways of steering society and the environment is now on the table in a way it has not been before.”

The researchers reviewed a number of different measures implemented by governments, civil society organizations and the private sector to determine their potential for poverty alleviation as well as their limitations.

“While there is no one-size-fits-all solution, we have found that some of the strongest evidence for poverty reduction comes from agroforestry systems, community forest management, ecotourism and forest producer organizations, among others,” Miller said.

The highest priority for Miller and his colleagues is to further understand how forests and trees can prevent people from slipping into poverty and help the poor move out of poverty permanently. The FLARE (Forests and Livelihoods: Assessment, Research, and Engagement) network, which Miller coordinates, is bringing together hundreds of researchers, donors, policymakers and practitioners to explore this and other knowledge gaps in their annual meeting over the coming days.

“Advances in data availability and analysis are allowing new insights at larger scales and in more places across the globe where forests and trees are vital to people’s lives,” said Miller. “These developments along with growing awareness by the public and policymakers alike give me hope that actions will follow words to safeguard and sustainably manage the world’s forests for the benefit of all, especially the poorest and most marginalized.”

Originally published by Colleen Sharkey at news.nd.edu on November 04, 2021.