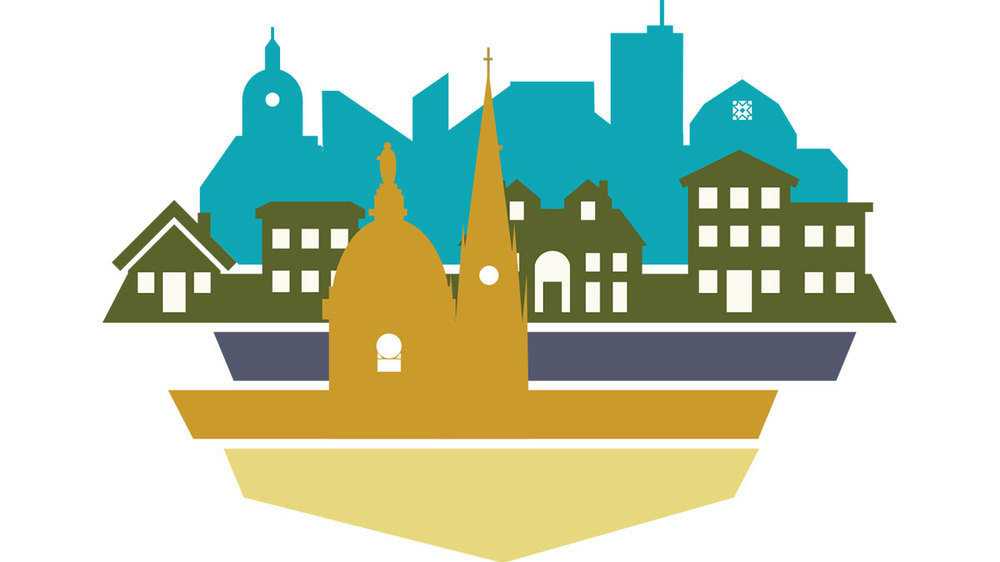 The University of Notre Dame and South Bend have a shared history that reaches back more than 175 years.

In 1823, Alexis Coquillard built a home and a trading post in what would become South Bend. He’s widely considered the founder of the city, which wasn’t incorporated until 1865. When a young French priest with a big dream showed up in 1842, it was Coquillard who provided the Rev. Edward Sorin, C.S.C., with credit and materials to build a university devoted to Our Lady.

Members of the Pokagon Band of Potawatomi likewise contributed to the fledgling University’s growth. When the Main Building went up in flames in 1879, local residents helped rebuild it.

The region and the University are as interdependent today as ever, and thanks to the advent of data and analysis, that relationship can be quantified.

According to the 2018 Regional Economic Impact Report released  Oct. 11, the University’s impact on South Bend and St. Joseph County as well as Elkhart and Marshall counties  is $2.46 billion a year.

While Notre Dame has commissioned similar reports previously, this one expands its reach outside of St. Joseph County. With Notre Dame’s growing partnerships throughout the area, it’s important to see the bigger picture, says University President Rev. John I. Jenkins, C.S.C.

“Notre Dame’s economic and cultural impact is growing beyond South Bend to incorporate the broader region,” he notes. “This growth reflects Notre Dame’s partnership with the thriving South Bend-Elkhart region — a place for robust employment and cultural life beyond the boundaries of the University. Notre Dame’s success can be measured in part by how well our neighbors flourish.”

Looking at the big picture is the new normal.

Over the past several years, Notre Dame and municipalities across the region have been intentional in their work to transform the area into a nationally recognized destination to live, work and play. In 2015, the region competed for Indiana Regional Cities Initiative funds and received $42 million to spur economic development in St. Joseph, Elkhart and Marshall counties.

But the new way of thinking is what has perhaps spurred the most change.

“Econsult received information from 92 partners on and off campus. Some in the public sector, like Visit South Bend Mishawaka, which provided a lot of the hotel/motel information, and the South Bend International Airport, which provided a great deal of information about travel. Econsult then analyzed the data, using industry standards,“ explains Paul J. Browne, vice president for public affairs and communications, whose office oversees the economic impact report.It’s demonstrated at Notre Dame with “never-held-before” events that are exposing new audiences to the region. October’s Garth Brooks concert, the first-ever concert held in Notre Dame Stadium, was sold out. Two large-scale events are planned for 2019: The Chicago Blackhawks and the Boston Bruins will meet in the stadium on New Year’s Day for the the NHL Winter Classic, and the U.S. Senior Open will be held at Warren Golf Course in June.

“Our region is on the brink of a promising economic renaissance that could transform our way of life for decades to come, and our faculty, staff and students have a role to play,” notes Executive Vice President John Affleck-Graves.

More on the study

In its first economic impact study for Notre Dame, Econsult Solutions Inc. pored over the University’s operational expenses and capital investments, research spending, and spending by students, visitors and event attendees, among other data.

In addition to considering a larger geographical area than past reports, the 2018 Regional Economic Impact Report takes into account the increased wage premium earned by Notre Dame graduates. 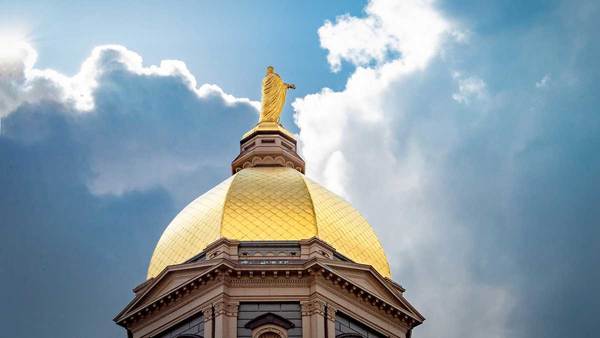 Wage premium is defined as high-earning-potential individuals who circulate their household earnings into a local and state economy.

Notre Dame alumni who remain in the three-county region contribute significantly to the regional economy because some of that additional household income is spent locally, enhancing economic activity and supporting local jobs and tax revenues.

The study shows approximately 3,200 alumni are employed in the region, with an estimated aggregate annual wage premium of $76 million, supporting 500 direct, indirect and induced jobs and $19 million in earnings.

With an annual operating budget of nearly $1.2 billion and as the county’s largest employer, the University can’t help but leave an economic footprint on regional economies.

Notre Dame employs nearly 7,500 faculty and staff, as well as postdocs and graduate students.
More than 47 percent of the University’s full- and part-time employees reside in South Bend, and more than 76 percent reside in the broader region.

In addition, Notre Dame is a significant procurer of goods and services, particularly local goods thanks to its commitment to local purchasing.

Unlike the operating budget, or the University’s day-to-day expenses, capital investments refer to money spent on fixed assets such as buildings.

In one of the most ambitious periods of construction in Notre Dame history, more than 1 million square feet of space has been added to campus in the past three years, including the completion of the Campus Crossroads Project. Other space has been refreshed, expanded and enhanced.

Notre Dame attracts to the region students and visitors for events such as move-in and move-out weekends, Junior Parents Weekend, Commencement and Reunion. The money circulating through the local economy is referred to as ancillary spending, and represents economic opportunities for local merchants in categories like food and beverage, retail, and lodging.

Those numbers don’t take into account the economic impact of Notre Dame football, which is its own economic engine, pumping $26.4 million into the region each home game weekend.

Based on the 2017 football season the regional economic impact of seven home games is $185 million, supporting 1,700 jobs. An estimated 660,000 visitors come into the area during the football season and spend $133 million per season on lodging, food, transportation and retail purchases. On average, 100 private planes fly through South Bend per game during home football weekends.

In total, the regional economic impact of ancillary spending of those attending athletic, alumni, educational and cultural events is estimated to be $256 million, supporting nearly 2,500 jobs annually.

Research, service and other benefits to community

Through its mission of teaching, research, faith and service, the University is an integral contributor to the vitality of the region economically, but it also contributes scientifically, culturally, spiritually, aesthetically and even individually.

Notre Dame has grown its research efforts through the development of innovation ecosystems, including the IDEA Center at Innovation Park and Ignition Park and the Renaissance District in South Bend, in partnership with other public- and private-sector entities.

Meanwhile, according to the report, students, faculty and staff logged 93,000 community engagement hours last calendar year. Faculty and staff served 27,945 of those hours. But the actual numbers are likely much higher. A major component of Notre Dame’s research footprint is the significant volume of external research awards won by the University and its researchers. In fiscal year 2017, the University received more than $138 million in external research funding, surpassing the previous record of $134 million set in fiscal year 2015. About 60 percent of all externally awarded research funding is spent within the region.

Vice President Browne notes: “We as an institution can never take for granted the openness from our local community to take in our students and provide them with wonderful engagement opportunities, whether it’s at a nonprofit or it’s service learning or an internship. Our students benefit greatly from real-world education.”

Why do a report?

Anyone who works at Notre Dame knows that data collection and analysis is part of the institution’s normal business practices. Measuring progress on a goal informs next steps.

As Browne notes, one of Father Jenkins’ goals is for the University to be engaged in the region, and the report measures that. It also provides proof points that this is a vibrant region, which can help recruit talent and businesses to the area.

“The success of the region plays an important part in recruiting faculty and spouses,” Browne says. “People want to come to an area that is prospering beyond the University itself. We’re competing with major cities across the country that have a much larger population, and for us to compete we’ve got to be thinking larger.”

The full report and executive summary are available on the public affairs website.

Jessica Brookshire and Sue Ryan in the Office of Public Affairs and Communications contributed to this report.