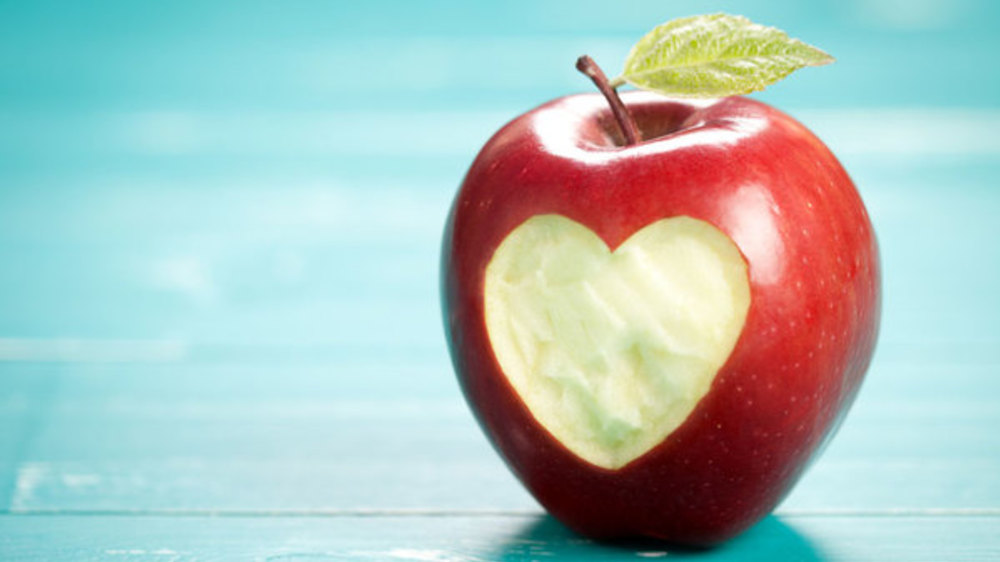 No matter one’s age, we’ve all heard the expression, “an apple a day keeps the doctor away.” Where did this phrase even come from and are apples deserving of this reputation? Since we are in the midst of apple season and because they are the most commonly consumed fruit in the United States, it seems like a good time to take a deeper dive. To boot, apples served on campus are locally grown close by in Michigan.

As for the origins of the expression, there is actually a book on the subject, and according to it, the saying dates back to the 1860’s in England with the adage, “Eat an apple on going to bed, and you’ll keep the doctor from earning his bread.” It has since evolved into what we say today. And the popularity of this phrase has not been lost on modern medicine as there have been many studies evaluating apples and whether they can really can keep the doctor at bay.

Apples are a rich source of vitamin C, potassium, fiber, phytonutrients, and various other vitamins and minerals. Because of their high nutritional content, apples have become a popular research focus when it comes to various diseases such as cancer, diabetes, osteoporosis, CVD, and dementia. Starting with cancer, a 2016 meta-analysis revealed significant reductions in cancer risk in folks with the highest apple intake compared to those with the lowest intake.

For diabetes, a Finnish study looking at 10,000 men and women found a significant inverse relationship between apple intake and risk of type 2 diabetes.  Here in the United States, a study found that the risk of type 2 diabetes decreased 27% in women consuming one apple per day compared to those that didn’t consume any.  In regards to bone health, apple consumption was shown to significantly lower net acid secretion. This is important because net acid excretion is associated with urinary calcium loss.

As for cardiovascular disease, multiple studies have evaluated apple intake and CVD risk. A large study in Iowa showed an inverse relationship between apple intake and risk of stroke. Another large study found that consuming at least one apple a week resulted in a 15% reduction in risk of death from coronary heart disease and a 13% reduction in overall CVD. Another study in Finland found that the higher an individual’s intake of apples, the lower the relative risk of death from CVD.

Last, but not least, we consider the effects of apple intake on dementia. All the recent studies seem to have been conducted in mice or rats, but the takeaways are that apples and apple juice intake resulted in a significant improvement in cognitive performance, reduced oxidative stress, and improved memory performance (as measured by maze tasks).

In all, there’s a pretty impressive lineup of results making the apple seemingly worthy of that old proverb. And with so many varieties of apple from which to choose, having an apple a day never needs to get boring.

Hyson D. A comprehensive review of apples and apple components and their relationship to human health. Adv Nutr. 2011;2(5):408-420.

Originally published by Jocie Antonelli at dining.nd.edu on November 25, 2019.