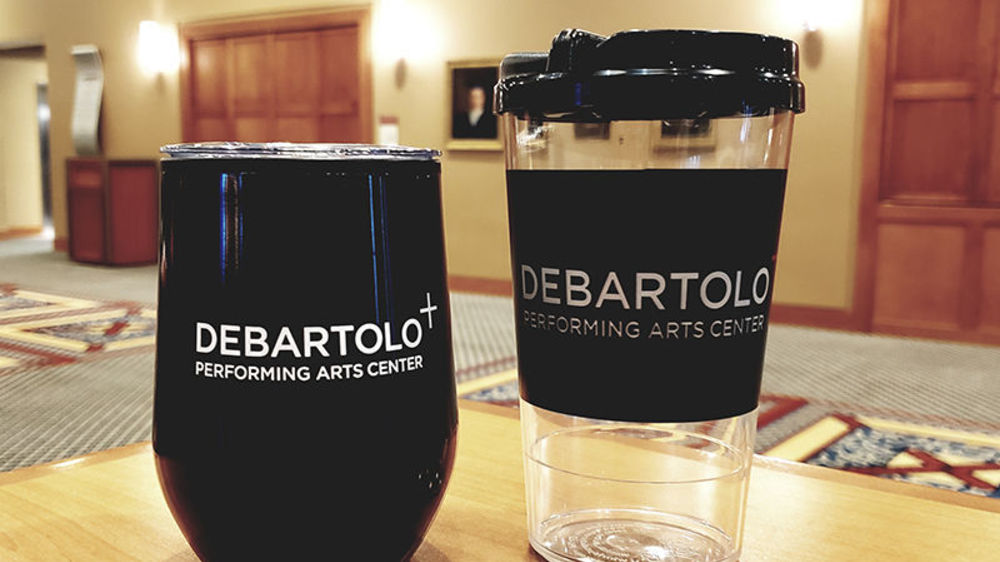 Since 2004, the DeBartolo Performing Arts Center (DPAC) has become known as a destination for enjoying the region’s premier cinematic and performing arts. It is also the University’s leading presenter of world-class artistic programming, having commissioned more than 40 new works in every conceivable genre.

Knowing that many venues in the area provide adult beverages for patrons’ enjoyment during performances, patrons attending DPAC performances wanted that same experience. With the exception of Browning Cinema, the main venues of the DPAC did not allow food or drink inside, causing attendees to quickly consume items either before the performance or during intermission.

This information led Barron and the staff at DPAC to add reusable beverage containers to their offerings this year. The 15th-anniversary cup was an exclusive gift to subscribers. A reusable mug, similar to those used on Broadway, was also made available for purchase by guests. The staff at DPAC quickly noticed an increase in the number of patrons taking advantage of the reusable cups for the movie theatre beverages, as well as their downstairs concessions.

While the reusable mug is a very visual symbol of sustainability, the DPAC also made additional changes that even further decreased the environmental impact of the facility without disrupting the experience. LED lights were installed throughout the lobby and viewing venues, further improving the patron experience. Also, rather than handing everyone a straw, patrons are now asked if they would like one at the time of a beverage order.