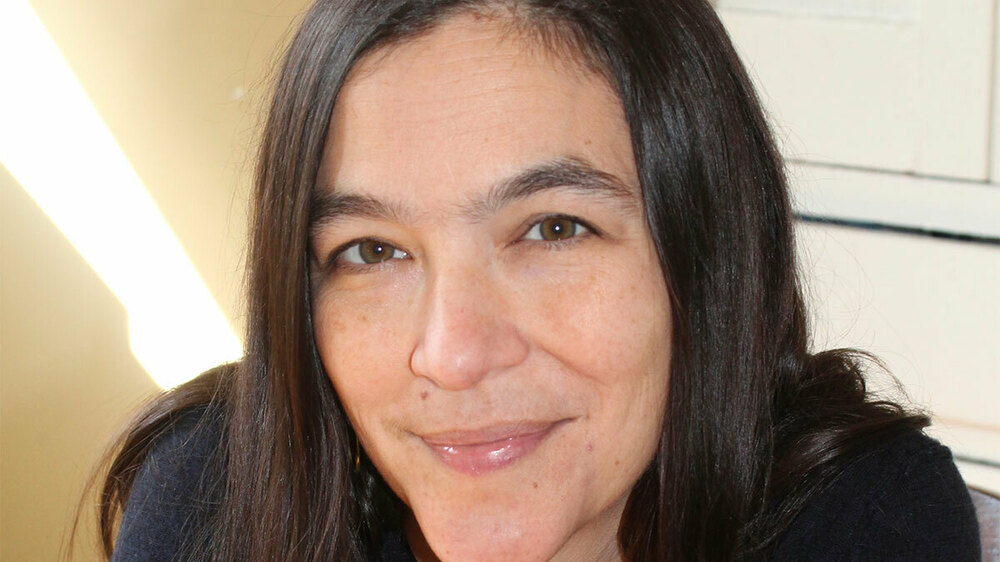 Notre Dame Creative Writing Program director and poet Joyelle McSweeney has been awarded a Guggenheim Fellowship in recognition of her creative ability in the arts and potential in future endeavors.

McSweeney, who is also a playwright, novelist, translator, critic and English professor, was selected as a fellow with 179 other scientists, scholars and artists from nearly 2,500 applicants. John and Olga Simon Guggenheim created the fellowships in 1925 to “add to the educational, literary, artistic, and scientific power of this country."

“I’m still taking it in, to be honest,” said McSweeney shortly after she learned about the fellowship. “It’s a spectacular show of confidence from the universe.”

Edward Hirsch, president of the Guggenheim Foundation and a 1985 poetry fellow, said the work the foundation supports is the collective effort “to better understand the new world we’re in, where we’ve come from, and where we’re going.”

McSweeney is in good company: Margaret Atwood, James Baldwin, Ken Burns, Rachel Carson and Zora Neale Hurston are previous fellows. So, too, is Pamela Wojcik, a professor in the Department of Film, Television and Theatre, who was tapped in 2020.

McSweeney is the 19th faculty member in the College of Arts and Letters selected for a Guggenheim fellowship in the last 22 years.

“I’m thrilled that Joyelle has received one of the world’s most prestigious and competitive fellowships, continuing our tradition of excellence with these awards. It is a strong endorsement of the quality of her work and another signal of the growing stature of our creative writing program,” said Sarah Mustillo, the I.A. O'Shaughnessy Dean of the College of Arts and Letters.

The Guggenheim is the latest significant honor this year for McSweeney, who has also recently won a Modern Language Association translation prize and an American Academy of Arts and Letters award, and had a poem published in The New York Times Magazine.

In January, the MLA — which promotes the study and teaching of languages and literatures — presented the English professor and three of her collaborators with an award for their translation of “Yi Sang: Selected Works” from Korean and Japanese into English.

The MLA’s 17th Aldo and Jeanne Scaglione Prize for a Translation of a Literary Work was its first for a work of Korean literature. Avant-garde poet Kim Hye-kyŏng, who used the pen name Yi Sang, was fluent in Korean and Japanese. He wrote in the 1930s in Korea during the Japanese occupation and died in 1937 at age 27 after being imprisoned in Tokyo for thought crimes.

McSweeney worked with Jack Jung, visiting assistant professor of English at Davidson College; Sawako Nakayasu, assistant professor of literary arts at Brown University; and Don Mee Choi of Seattle, Washington, to translate poems, essays and short novels first published in Korean and Japanese, then “subjected to the hazards of war and neglect.”

McSweeney said it’s gratifying that through the translated book, Yi Sang’s “force is alive and moving around the planet and reaching people when they need it.”

“It feels right to be part of a collaborative multinational team that worked on this; it points to the flexibility and invention of his works,” she said. “It took four of us, a supergroup of poets and translators. We needed all these minds and brains and artists to get at his playful and subversive work.”

McSweeney said the endeavor reminded her that literature is not exclusively about “the finished text as an unchanging object that sits in its place in the official timeline.”

“It’s a whole process,” she said. “The world of art moves outward and moves through time periods. It’s thrilling to be part of the chain of reception.”

In March, the American Academy of Arts and Letters — an honors society that administers prizes, donates art to museums, funds musical theater performances and hosts talks — named McSweeney as the recipient of its Arts and Letters Award in Literature for exceptional accomplishment in any genre. She said she appreciates the academy's “encouragement to keep going” with her writing and its recognition of her distinctive work.

Depending on how you count, McSweeney said, her body of work includes eight or nine books of poetry, short stories, novels, essays, translations, verse plays and a book of criticism.

Her previous honors include being named a finalist for the Kingsley Tufts Award for her double poetry collection, “Toxicon and Arachne.” McSweeney wrote the first part during the years leading up to the birth of her third daughter, Arachne, and wrote the second part in the spring following Arachne’s brief life and death. In February, the NYT Magazine featured McSweeney’s poem “Kingdom” from the collection.

Also in 2021, her poem “Post-NICU Villanelle,” winner of a 2021 Pushcart Prize, was published in the Iowa Review. She currently co-runs the translation press Action Books and is currently writing poems and a book of essays about poetry.

In 2021 and in 2014, McSweeney earned Notre Dame’s Rev. Edmund P. Joyce, C.S.C., Award for Excellence in Undergraduate Teaching “for her profound influence on undergraduate students through sustained exemplary teaching.” Peer and student nominations are part of the selection process.

She said it’s rewarding to help bring students into empowerment and see them unlock what they love about language. McSweeney structures class like a party.

Originally published by Beth Staples at al.nd.edu on April 14.