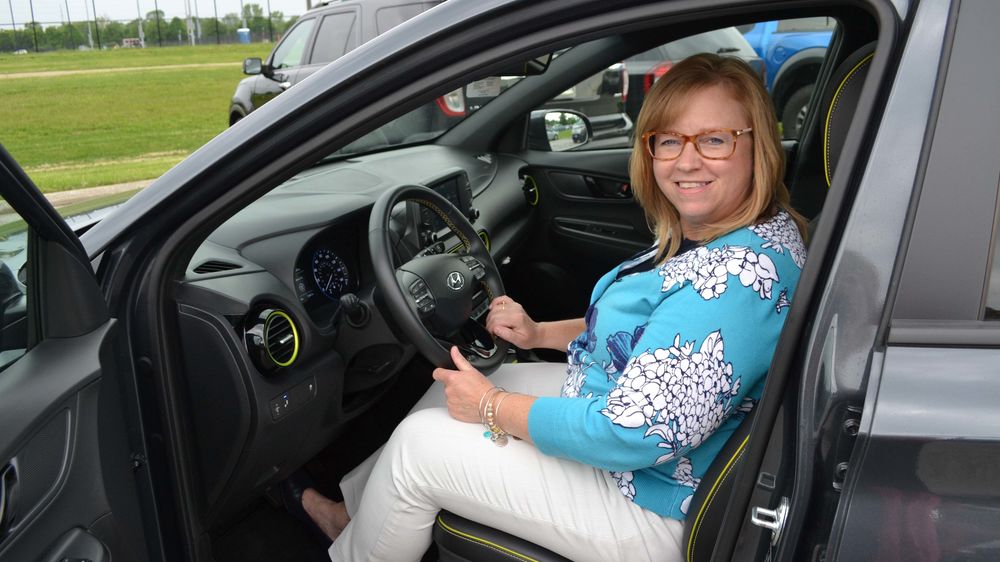 When Sue Ryan, director of media relations, drives her car — a charcoal gray 2018 Hyundai Kona — it’s as if her younger brother Mike has climbed into the passenger seat beside her.

She laughs at all the sports stations that he earlier pre-set on SiriusXM Radio … shakes her head at the little snowflake icon that he had programmed to appear when the temperature drops below 40 degrees … and still marvels at the neon green stitching in the black upholstery that he chose.

“It’s also the turbo model and so, to be honest, it’s a bit of a masculine car,” she says.

“I really do feel his presence when I’m in the car,” she says.

MIke Ryan, an accountant who had just turned 50 last summer, died of a heart attack on Nov. 14 in Clearwater, Florida, his longtime home.

It stunned and devastated his close-knit family, especially Sue. “I’m the sixth of seven kids and Mike was the baby. We were only a year and a half apart and a lot of people thought we were twins. We were always close.” 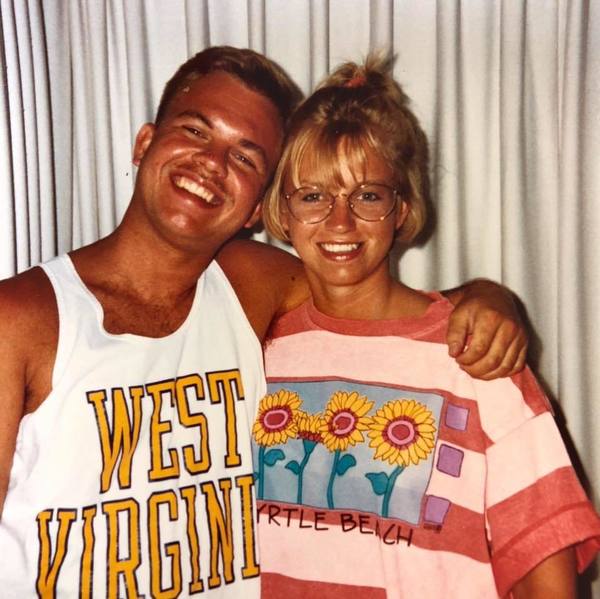 Mike and Sue pictured as teenagers.

After their father had died — also of heart problems — Mike was the one who walked Sue down the aisle at her wedding and later became the godfather of Sue’s older daughter, Grace.

So it fell upon Sue and her oldest brother, Dave, to go down to Florida and take care of all the arrangements for Mike, a lifelong bachelor. She claimed a few keepsakes — including his watch — to remember him by.

But his car? “He had made just two payments on it and so we surrendered it to the dealer,” she says.

She didn’t think much about it anyway. She had just treated herself to her own new car — a 2018 Lincoln SUV — and so she wasn’t in the market for another vehicle.

Yet as the weeks went by, Sue thought more and more about Mike’s Kona and how much he liked it. “He was very proud of that car,” she says.

Her brother Dave still had the VIN (vehicle identification number) and so Sue decided to track it down. She eventually located it at a CarMax dealership in Fort Myers, Florida. “I just put it out on the lot,” the salesman told her over the phone.

“I want that car,” Sue said and explained why.

And her other car? Her quest had spread through the family grapevine and sister Kathy said she would be interested in Sue’s Lincoln SUV. “We’re a close Irish, Polish, Catholic family from Wheeling, West Virginia (headed by Sue’s 93-year-old mother, Virginia) and we call ourselves the Polish Mafia in the way we stick together.”

So in March, Sue had Mike’s Kona shipped to the CarMax in Grand Rapids and took her Lincoln out to West Virginia before flying back. Then she drove a rental up to Grand Rapids from her Niles home to pick up the Kona.

“My daughter Grace is 16 and has her license, but she didn’t want to drive me up to Grand Rapids because she said I would be crying too much,” Sue admits. “She did drive me to the car rental place, though.”

Sue thought she might be crying, too, as she drove her kid brother’s car home. “But surprisingly, I was more happy than I was emotional. It felt to me that it was the right thing to do.”

The Kona’s clock registered 2:53 p.m. when Sue started it up, and she had to laugh at that. “For some reason from far in the past, 253 has been a special number to our family,” she says.

That made it even more perfect.

She turned on the radio and listened to one of Mike’s favorite sports shows. She had to laugh. It was as if Mike was there with her.

It’s a little hard to put into words — which really aren’t necessary at all. When Sue turns the Kona’s key, more than just the engine comes alive.

This story was previously published by the South Bend Tribune.