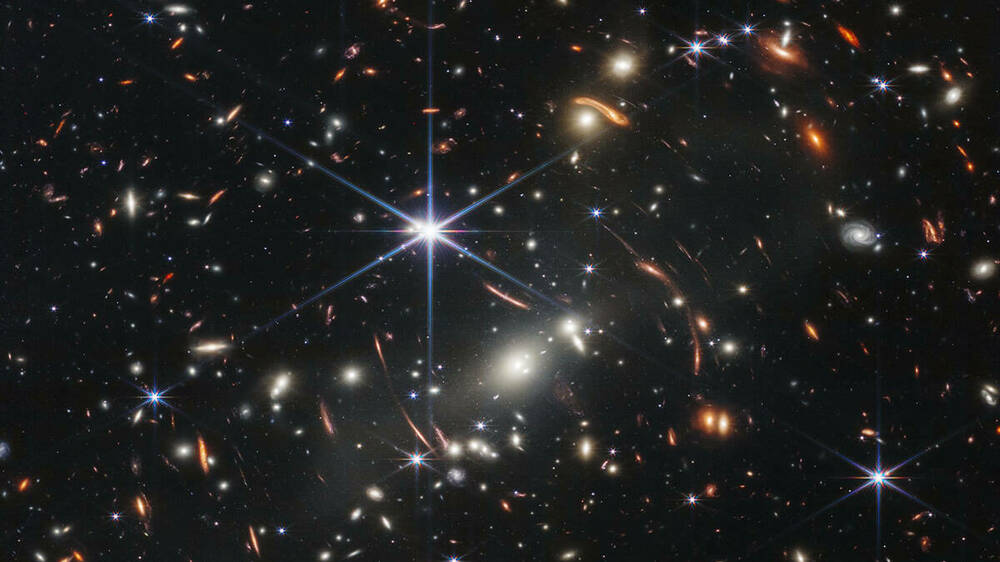 Joined by NASA Administrator Bill Nelson, President Joe Biden and Vice President Kamala Harris gave the world a sneak peek of what the James Webb Space Telescope (JWST) had in store on Monday night, revealing an infrared image of SMACS 0723 — a distant cluster of thousands of galaxies.

The image presented a galactic landscape in astounding detail.

Peter Garnavich, a professor in the Department of Physics and Astronomy whose expertise covers a wide range of topics in observational astrophysics, described the image as “breathtaking.”

“Each of the thin arcs is an image of a distant galaxy distorted by the gravity of more nearby galaxies,” Garnavich said. “It is like looking at the universe through the base of a wine glass. More amazing is that this image is just the tip of the iceberg of what the JWST will do.”

The JWST’s capabilities allow it to capture images and data throughout cosmic history — from clearer images of modern galaxies to those first formed by the Big Bang.

“These images are already prompting astronomers worldwide to consider new (and old) questions about the very beginning of our universe,” said Timothy Beers, the Grace-Rupley Professor of Physics. Beers studies the origin and evolution of the elements in the universe and has designed and executed large-scale surveys of stars in the Milky Way. “Notre Dame’s Galactic Archaeology Group uses evidence from the oldest stars in the Milky Way to address many of the same questions.”

NASA released four additional images on Tuesday including spectroscopy of the exoplanet WASP-96 b; the Southern Ring Nebula, a dying star 2,500 light-years away; a group of five galaxies known as Stephan’s Quintet; and a “landscape of ‘mountains’ and ‘valleys’ with glittering stars” in the star-forming region of the Carina Nebula.

“Amazing first pictures from the JWST,” said Research Professor Nicolas Lehner, who along with Professor Christopher Howk will use the JWST to study a galaxy called NGC 891 located 30 million light-years away in the Andromeda constellation.

“As a spectroscopic, I have to say, I am even more stunned by the first spectrum of [SMACS 0723],” Lehner said. “This is amazing because the exposure time was not particularly high and yet the galaxy spectrum is nice for such an old galaxy. That spectrum allows you to know the galaxy’s age, and we can also determine the chemical composition of the first galaxies in the universe. This is one of the main reasons JWST was built — to know the universe in its infancy. It delivers beyond all expectations. I can’t wait to have our first JWST images of NGC 891.”

Lehner and Howk expect their images later this year or in 2023.

Originally published by Jessica Sieff at news.nd.edu on July 13, 2022.