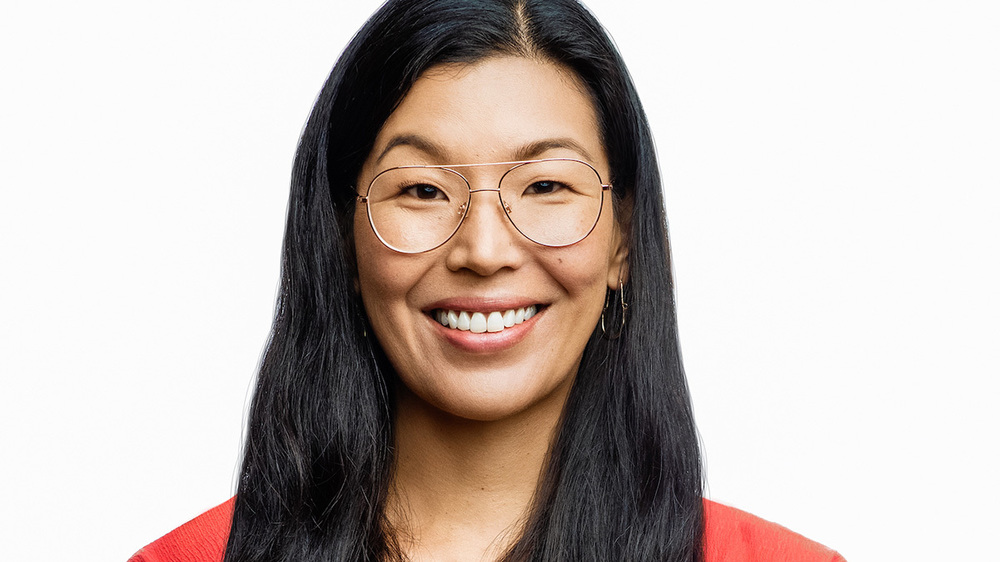 American labor organizer and social justice activist Ai-jen Poo, co-founder and executive director of the National Domestic Workers Alliance, will be the inaugural guest at the Asian American Distinguished Speaker Series by the University of Notre Dame's Liu Institute for Asia and Asian Studies on March 11. The virtual event is co-sponsored by Notre Dame’s Center for Social Concerns and its Higgins Labor Program.

The livestream will take place at 7 p.m. EST through the Liu Institute website, asia.nd.edu/aijenpoo.

Marie Lynn Miranda, Notre Dame’s Charles and Jill Fischer Provost and the University’s first woman and person of color in that role, will moderate the conversation, which is free and open to the public.

“There couldn’t be a more ideal time to introduce an event to celebrate the contributions of and honor innovative, creative and effective Asian American leaders,” said Michel Hockx, director of the Liu Institute. “Even as the visibility of Asian American leadership is growing, discrimination and violence toward the Asian community has risen during the pandemic, and Asian American women have faced higher unemployment than any other sector.

“The Liu Institute is determined to expand our traditional focus of Asia to include Asian Americans. We are honored to launch our new event with two women who are committed to social justice and creating real change in the world.”

Poo is a 2014 MacArthur “Genius” fellow and was formerly named one of Fortune's “50 World’s Greatest Leaders” and one of Time's “100 Most Influential People in the World.” She has served on the Bill and Melinda Gates Foundation’s Partnership for Mobility from Poverty and currently serves on the Ford Foundation board of trustees. She is author of “The Age of Dignity: Preparing for the Elder Boom in a Changing America.”

A daughter of Taiwanese immigrants and a lifelong activist, Poo’s advocacy for domestic workers — caregivers, house cleaners and nannies — began when she was a student at Columbia University and volunteering for an organization that focused on the Asian community. Upon learning about the difficulties of domestic workers, she started holding meetings with Filipina domestic workers. These meetings grew into a career spanning more than two decades.

Describing domestic work as “the work that makes all other work possible,” Poo has successfully led efforts to bring fairness, dignity and protections to this fastest-growing yet “invisible” professional work sector, which is overwhelmingly represented by immigrants and women of color. Through efforts by the National Domestic Workers Alliance, nine states and two cities have passed a Domestic Workers Bill of Rights to offer paid overtime, sick time, safe working conditions and freedom from harassment, among other rights.

Poo has successfully partnered with politicians, activists and celebrities to advance the cause of domestic workers. In collaboration with then-Sen. Kamala Harris, the alliance introduced the Domestic Workers Bill of Rights Act to the U.S. Congress in 2019. The alliance also worked with filmmaker Alfonso Cuarón to amplify his 2018 Academy Award-winning film, “Roma,” which portrays the life of a domestic worker.

Marie Lynn Miranda joined Notre Dame in July as the University’s fifth provost and the first woman and person of color to hold the position. The daughter of immigrant parents, Miranda is a distinguished scholar in the field of children’s environmental health, and is especially recognized for her research on childhood lead exposure. She is the founding director of the Children’s Environmental Health Initiative, a research, education and outreach program committed to fostering environments where all people can prosper. Her interest in the joint effects of social and environmental exposures has led her to study the impact on health of racial residential segregation in particular.

In advance of Poo’s appearance, the film “Roma” will be discussed at 4 p.m. March 7 as part of the Higgins Labor Program’s Film Club.

The Liu Institute for Asia and Asian Studies provides integrated and multidisciplinary research and teaching on Asia. The institute also promotes general awareness, understanding and knowledge of Asia through public events and supporting student and faculty scholarship and engagement with partners in Asia. The institute, part of the Keough School of Global Affairs, was established in 2010 by a gift from the RM Liu Foundation that supports the philanthropic activities of Robert and Mimi Liu and their children, Emily and Justin, both Notre Dame graduates.

Originally published by Christine Cox at news.nd.edu on February 11, 2021.