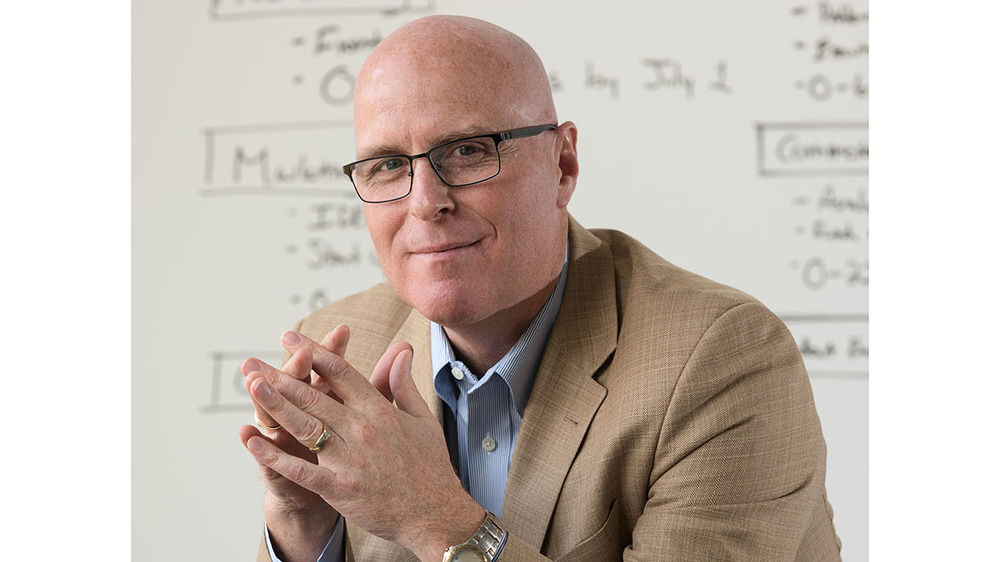 Bryan Ritchie joined the University of Notre Dame as vice president and associate provost for innovation in March 2017. He leads the IDEA Center and coordinates the University’s innovation and entrepreneurship programs. His background includes time as an executive of high technology companies, a startup founder, an academic and university administrator at Michigan State University and a private equity-venture investor. His time at Michigan State included serving as co-director of the Michigan Center for Innovation and Economic Prosperity and the school’s Entrepreneurship Network. NDWorks, the University of Notre Dame’s faculty/staff news source, had a conversation with Ritchie about the IDEA Center and IDEA Week, to be held on campus and in South Bend and Elkhart April 20-29.

NDW: Your position is a new one at the University. Why is innovation important to Notre Dame?

BR: Innovation is part and parcel to Notre Dame’s overall mission to become a top-tier research university. The research done in the labs is innovation. It cannot, however, have an impact until it’s moved to the market, and that’s our job.

NDW: Give us your elevator pitch for the IDEA Center and its relevance to the University and the region?

BR: The IDEA Center’s mission is very much tied to the mission of the University. Commercializing technologies and starting companies is not just about money. We are commercializing ideas that will change people’s lives. In this sense, we are doing good in the world by transforming industries and creating jobs.

NDW: Why is entrepreneurship an important element of building the region’s economy?

BR: Communities that fight for existing businesses by offering them tax breaks don’t understand that they’re not really creating economic growth. They’re just transferring it. Creating businesses from research is creating real economic growth. We are aiming to create around 20 high-quality startups each year. This will have a very important impact in the community.

NDW: Is entrepreneurship making a difference to the community yet?

BR: It’s just starting to. The most startups Notre Dame has put out in an academic year was three. We’re already at 18 this year.

NDW: How many businesses are currently incubated in the IDEA Center?

BR: We have over 25 and expect this to grow substantially.

NDW: How is the IDEA Center working with regional businesses?

BR: We partner with regional businesses in
everything we do.

NDW: How did the IDEA Center work with those businesses to make IDEA Week happen?

BR: The community actually approached us. Their excitement about IDEA Week was so great we knew that having them co-lead this event was the right thing to do to sustain their enthusiasm.

NDW: Why are some of the events for IDEA Week happening in South Bend and Elkhart?

BR: There is a tremendous amount of innovation happening in Elkhart. It was actually the idea of a group of companies in that city to host an Elkhart IDEA Week day. We thought it was a great idea so went ahead with it. That day will focus on intrapreneurship within organizations.

NDW: Finish this sentence: IDEA Week will have been a success if …

BR: We get the South Bend-Elkhart region excited about innovation and entrepreneurship.